Greenfield made the comments in question at a speech for the liberal National Action Network’s 2021 virtual convention, as she addressed the U.S. effort to rejoin the controversial U.N. Human Rights Council. She said the U.S. needs to approach “issues of equity and justice” internationally “with humility” because of past American moral struggles.

“We have to acknowledge that we are an imperfect union and have been since the beginning,” she said. “I’ve seen for myself how the original sin of slavery weaved White supremacy into our founding documents and principles.”

Psaki was asked about Greenfield’s comments Friday and any resemblance to moral attacks against the United States by Chinese diplomats last month in a meeting with Secretary of State Anthony Blinken and others in Alaska. 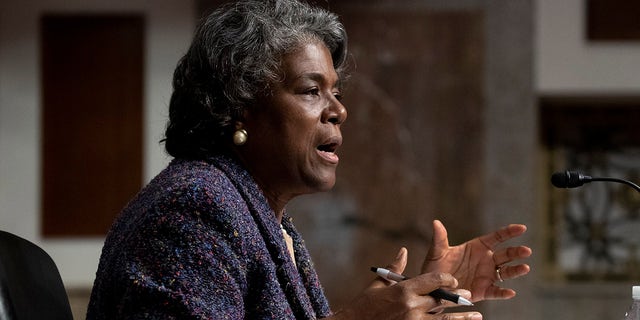 United States Ambassador to the United Nations nominee Linda Thomas-Greenfield testifies during for her confirmation hearing before the Senate Foreign Relations Committee on Capitol Hill, Wednesday, Jan. 27, 2021, in Washington. (Michael Reynolds/Pool via AP)

“Is the president going to remove an African American woman with decades of experience in the foreign service who’s widely respected around the world from her position as ambassador to the U.N.?” Psaki responded, rephrasing the reporter’s question. “He is not.”

Psaki continued: “He is proud to have her in that position. She is not only qualified, he believes she is exactly the right person in that role at this moment in time. I have not seen her comments. I will say that there’s no question that there has been a history of institutional racism in this country and that doesn’t require the U.N. ambassador to confirm that.”

Psaki was also asked whether Biden agrees with Greenfield’s comments on the founding documents, in which Greenfield said, “Every day we strive to make ourselves more perfect and more just” despite America’s “imperfections.”

“Certainly I think most people recognize the history of systemic racism in our country and she was speaking to that,” Psaki responded.

Greenfield’s comments drew widespread criticism from conservatives, who saw them as drawing a false moral equivalency between the United States and other nations that are active human rights abusers. Some of those nations now lead the U.N. Human Rights Council.

“There’s nothing wrong with acknowledging that America is an imperfect union — self-evident though it is,” wrote columnist Isaac Schorr in the National Review. “[S]he failed to distinguish between the progress we’ve made and the horrific regression that’s easily observable in China, America’s chief geopolitical rival. Comparing the U.S.’s failure to wholly rid itself of bigotry to the genocide being prosecuted in China is both morally obtuse and strategically ill-advised.” 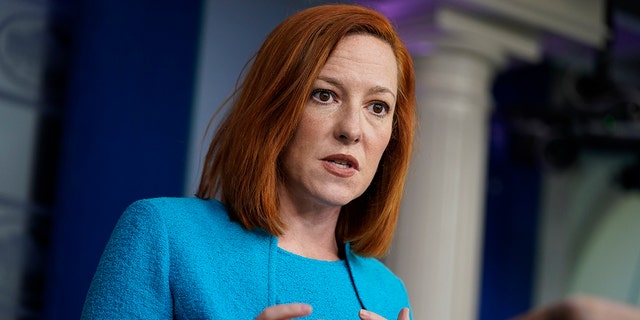 The U.S. withdrew from the Human Rights Council under former U.N. Ambassador Nikki Haley, citing the influence countries that abuse human rights have over the body.

The Human Rights Council “covers for dictators and human rights abusers like Russia, China and Venezuela,” Haley said at the time.

The decision was widely criticized by Democrats.

In the National Action Network speech, Greenfield also recounted her personal experience with racism as she argued that the U.S. needs to get its affairs at home in better order before it begins touting human rights internationally.

“I grew in the segregated South. I was bused to a segregated school. On weekends the Klan burned crosses on our lawn and our neighborhood,” she said.