When Elizabeth Rees’ friend was setting up a startup in New York back in 2012, she needed an office that would look and feel like the brand she was building. She was in the midst of raising a series A and was working in a transitional office space. Rees, whose family operated a printing company, suggested designing a removable wallpaper that could be wrapped around the office’s support beams to inject some personality into the space.

“In the beginning, we were just solving a problem,” Rees said. “But what came after was so much bigger than that.” At the time, she said, removable wallpaper was either very cheap and low quality or ridiculously expensive. “There didn’t seem to be anything in the market that was thoughtfully designed and at an accessible price point,” she added. 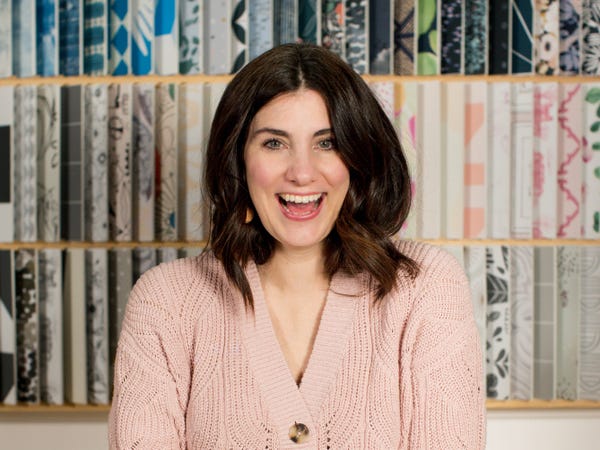 It turned out that Rees’ instincts to pursue this venture more heavily were correct — within the first year, her adhesive wallpaper startup made $100,000 in revenue. Chasing Paper is now a multimillion-dollar business, and part of a growing move toward homeware that caters to trend-conscious renters.

The last year has been a particularly successful period for the company.

“Our homes are working overtime, and now more than ever people are tackling the project that they’ve been thinking about for ages, but just haven’t had the time to execute,” Rees said. “Now that people have the time, we’ve seen this directly impact our 2020 revenue, and the trend has continued into the start of this year.”

The pandemic saw kitchen tables converted into home offices and the sofa becoming the hottest seat in town. Staring at four walls sparked inspiration for many, with Google searches for “renovation” jumping by around 90% between March and August 2020 and retailers reporting that home décor and furniture sales leapt during lockdowns.

After spending more time indoors than ever before, the way that we viewed and invested in our living space underwent a transformative shift. But for the growing swathes of people living in rented accommodation, giving their homes a new lease of life means getting a bit more creative.

Joanna Thornhill is an interior stylist and author of “Home for Now: Making Your Rented Space or First Home Beautiful” and “My Bedroom is an Office.” After spending over a decade renting, she realized that renters were enamored by the rise of picture-perfect apartments posted on Instagram and Pinterest, and that the idea of a rental as a temporary home that wasn’t worth investing in was changing.

“Renting has always been regarded as second-best,” she told Insider. “Yet that view is increasingly out of step with the way people live now, as property prices mean renting long into adulthood, starting families, and putting roots down in rentals. Brands need to understand that by overlooking the needs of renters, they are leaving out an ever-growing consumer group, many of whom are happy to invest in quality items that they can take with them from home to home.” 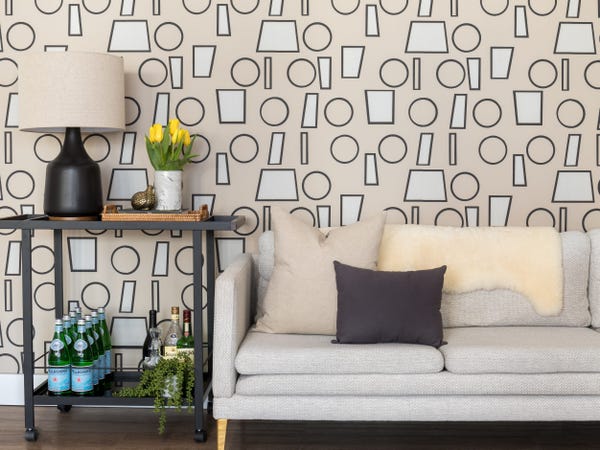 Although renters might spend less on their spaces than homeowners, their influence on the homeware market is only growing in size. In 2018, the renter population surpassed 100 million for the first time, and it’s estimated that around 34% of Americans now live in rented accommodation. As property prices have risen and wages have stagnated, the average age to buy a house has crept up to 33, the highest since records began. Yet renters are still showing a desire for homely and Instagram-worthy interiors, and the home décor industry has begun to respond to their demands.

“Furniture retailers are putting more consideration into ranges suitable for — and even targeted at — renters, which are lightweight, modular, and multi-use,” Thornhill said. The popularity of products such as removable wallpapers, murals, and decorative vinyls that can be used to temporarily transform kitchen cupboards and worktops has also grown, she said, alongside rugs, throws, and cushions featuring bold colors and patterns that instantly transform a bland living space without requiring any painting of walls.

Millennials and Gen Z have become well-known for being interior-obsessed, and many homeware trends have been guided by their interest in stylistic but low-commitment purchases. The craze of self-proclaimed plant-parents (the hashtag has almost 400 million views on TikTok) is a partially tongue-in-cheek representation of how young people feel about their living spaces — they’re financially less stable than their parents at the same age, less likely to own property, and becoming parents themselves and making significant life commitments later than ever, yet they still care about how their homes look and want to nurture and beautify their space.

Retailers have responded to their desires, with chains such as H&M and Zara founding homeware arms that specialize in inexpensive and temporary furnishing and aimed at a younger demographic. Plant sales have risen by nearly 50% over the last few years, making the industry worth $1.7 billion dollars, and companies such as The Sill and UrbanStems are profiting off young people’s desires to purchase plants online. Furniture rental has also been an increasingly popular option, with both startups and major retailers such as West Elm offering customers the chance to temporarily kit out their home with on-trend decor.

But renters have also provided opportunity for smaller business owners.

Gabrielle Morabia, 50, spotted the desire for designs that left no trace when she moved to a run-down rental in the South of France. She wanted to redesign the outdated kitchen, and claimed that she’d tried adhesive products that left a sticky residue behind, As a designer of print fabrics, she knew that she could come up with something better.

“I brainstormed with my company’s graphic designer and we printed a tile design onto adhesive vinyl,” she told Insider. “I took to the floor, and my home became the testing ground.”

In 2015, Morabia launched Quadrostyle, a line of removable floor stickers, tiles, and wallpaper, which now sell worldwide, and she’s seen the industry grow around her as other companies jump on the trend.

“The key is to listen to renters,” she said. “Their wants are the same as home buyers: to find affordable options that meet style with value and performance.”

Morabia believes that an increased awareness of how our homes act as a shelter in frightening and uncertain times is driving renters to invest in their properties more than ever before.

But for Dennis Quast and Christine Hiller, cofounders of trend research company HQ Designs, it isn’t just consumer needs that shape the direction of the industry. They believe that décor marketed toward renters can be seen as disposable, and that the biggest trend post-pandemic will be a shift to more sustainable homeware as designers take responsibility for making the need for stylish rentals environmentally friendly. 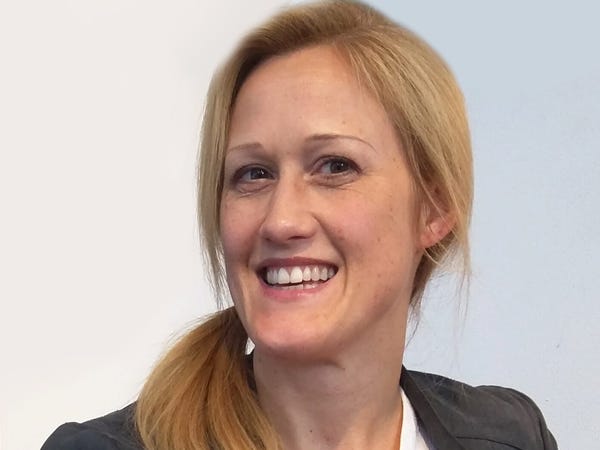 “The challenge is how we create designs that adapt to the world’s long-term situation, and not just this decade’s,” they told Insider. “More durable and ecological concepts, furniture, and interior items are needed so that living is not only beautiful but also sustainable. Designers have a responsibility to develop and shape trends that will give people pleasure for a long time, and that they can buy with a clear conscience instead of producing short-lived products.”

For Rees, the last eight years has seen the rental décor industry go from strength to strength, and she’s collaborated on stick-on wallpaper designs with top designers such as Ariel Okin and global brands including Penguin Random House. She has plans to launch new product extensions this year.

“In the early days, it felt like we were having to prove the idea of customization without permanence, so every dollar made, every article published, every collaboration felt like a lightning strike, and I was unsure how long it would last,” she said. “But now people are becoming more present in their own homes and finding new ways to create spaces that feel special and uniquely them.”

“I think that we’re going to see the industry build meaningful product lines that allow people to customize their space, regardless of whether or not they own,” she added.