Rep. Dan Crenshaw, R-Texas, sounds off on the Biden admin.’s handling of the border crisis on ‘Fox & Friends.’

Rep. Dan Crenshaw, R-Texas, called for Homeland Security Secretary Alejandro Mayorkas’ impeachment on “Fox & Friends” Tuesday over the department’s “refusal to actually enforce the laws of our country” at the southern border.

REP. DAN CRENSHAW: I think there’s very clear examples of a deliberate dereliction of constitutional duty on the part of the secretary of Homeland Security — to protect this country. It actually is very little to do with the cancelation of the border wall contracts. I think that’s infuriating, but the real dereliction of duty is simply a refusal to actually enforce the laws of our country. Those laws might be our asylum process laws, those laws might be internal enforcement inside where deportations are necessary, those laws might be simply crossing the border illegally. And the only action that DHS has taken has been against those border agents trying to do their job on horseback, trying to stop people from rushing the border. So it’s — this is very deliberate since the intent matters when you’re accusing somebody of what is effectively a crime. And in this case, I think it deserves impeachment. Absolutely. 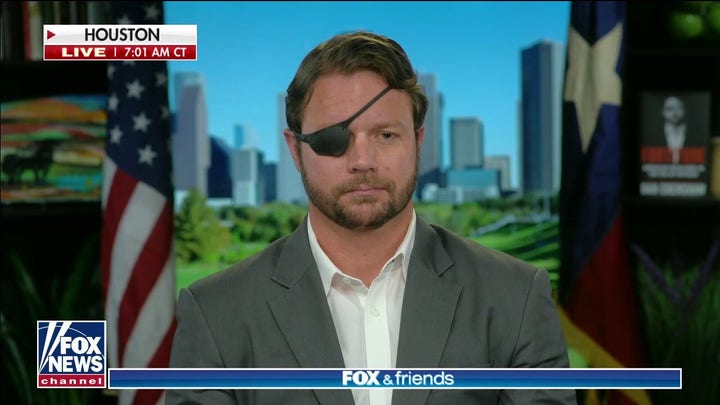