Roger Stone, the controversial Republican political operative who recently had his prison sentence commuted by President Trump, appeared to use a racial slur on Saturday during an interview with a Black radio host.

Stone was in the midst of a testy debate with radio host Morris W. O’Kelly, known as Mo’Kelly, about the charges filed against him and whether Stone’s relationship with President Trump had any bearing on the president’s decision to commute the GOP operative’s 40-month prison sentence.

"I do believe that certain people are treated differently in the federal justice system," O'Kelly said. "I do absolutely believe that. But I also believe that your friendship and relationship and history with Donald Trump weighed more heavily than him just wanting to make sure that justice was done by a person in the justice system, that you were treated so unfairly."

O’Kelly added: "There are thousands of people treated unfairly daily. Hell, your number just happened to come up in the lottery. I'm guessing it was more than just luck, Roger, right?"

After a few seconds of silence, Stone can be heard quietly muttering what sounds like “"I don't really feel like arguing with this Negro." It is unclear if Stone was speaking to someone else in the room with him – the interview was being conducted over the phone – or if he was speaking to himself.

The exchange occurs shortly after the 12-minute mark on the show.

After around 40 seconds of silence, Stone returns – arguing that his connection was poor and then vehemently denying that he used the racial slur.

"I did not, you’re out of your mind,” he said. Stone later blamed a studio engineer for using the "epitaph [sic]." 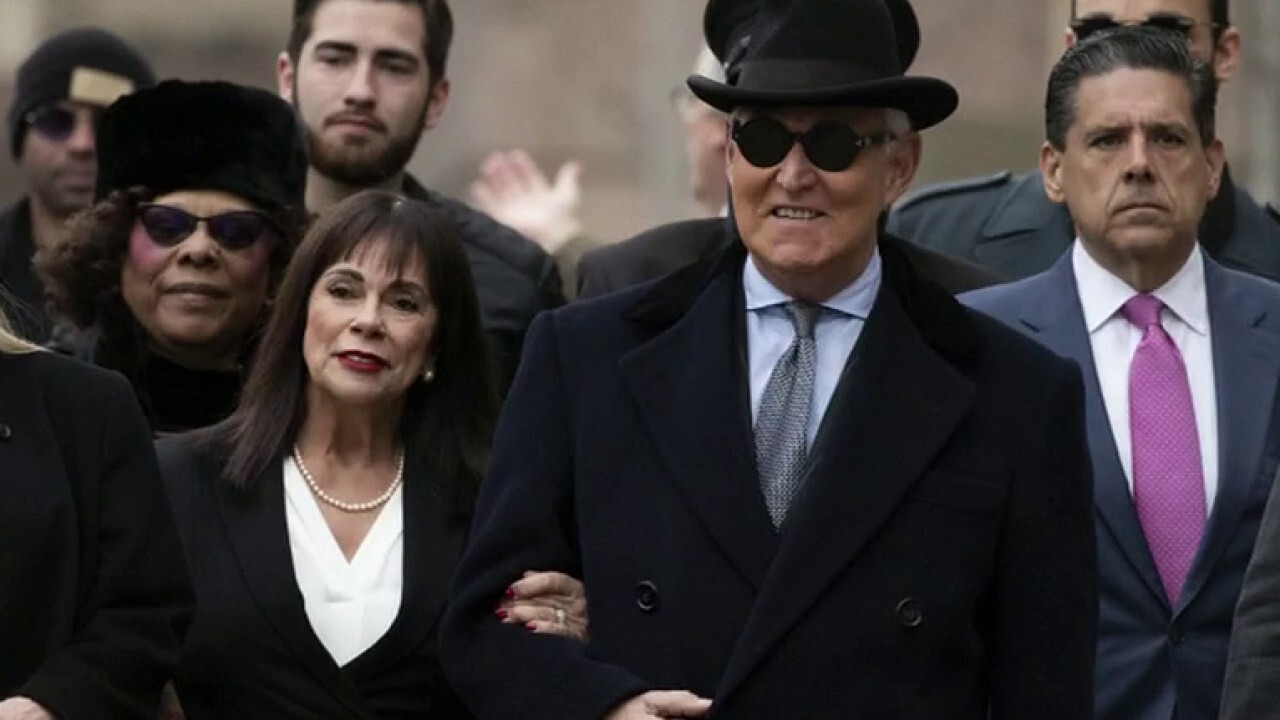 O’Kelly continued with the interview – saying that he would let “listeners decide” what they heard Stone say – and ending the talk by saying that he let the interview continue “to keep him talking for your benefit, as the audience, and my benefit to have that conversation.”

Trump earlier this month commuted Stone’s 40-month prison sentence for lying to Congress, witness tampering and obstructing the House investigation into whether Trump's campaign colluded with Russia to win the 2016 election. The president’s move, which drew criticism from lawmakers on both the right and left, came just days before the boisterous political operative was scheduled to report to prison.

Trump’s commutation, however, does not nullify Stone’s felony convictions.