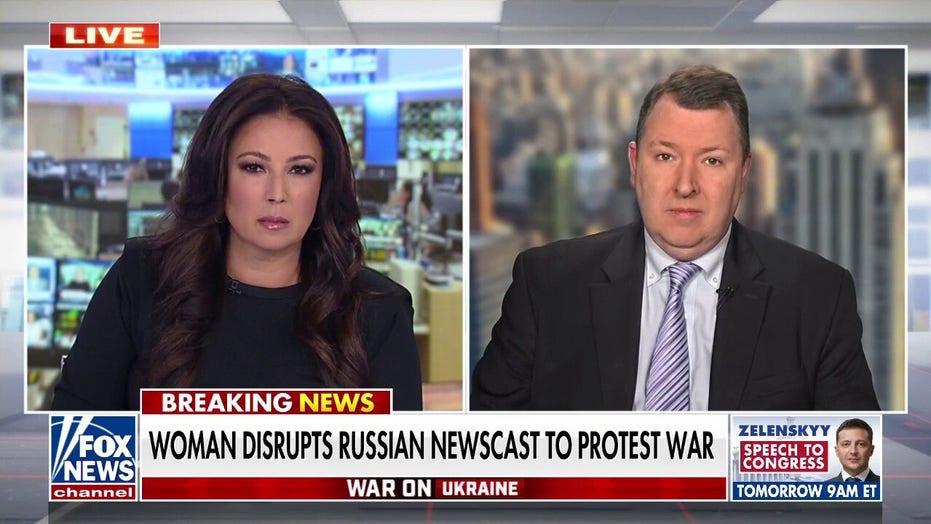 Fox News contributor Marc Thiessen touts the ‘heroic act’ of a woman who was arrested for protesting the Russian-Ukraine war during a live broadcast.

Russia’s ambassador to the United Nations defended Moscow’s deadly war in Ukraine Tuesday and said it would only stop the violence once its “special military operations are achieved.” 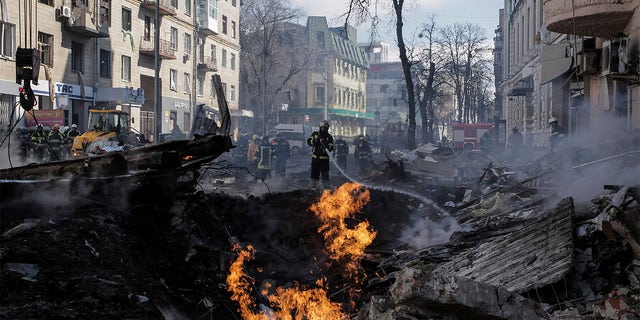 “A negotiated cease-fire…will take place when conditions that were put forward by Russia will be implemented,” Nebenzia told reporters. “Conditions are demilitarization of Ukraine, densification of Ukraine. No threat which comes from the territory to Russia. No joining NATO.”

The Russian ambassador’s comments come as Russian forces continue to pummel the Ukrainian countryside and advance on the capital city of Kyiv.

Defense officials have repeatedly warned that Russia is attempting to encircle Kyiv to overthrow the democratically elected government and implement a “puppet regime.”

Nebenzia condemned a draft resolution announced by France and Mexico Monday that would provide humanitarian aid to Ukraine. 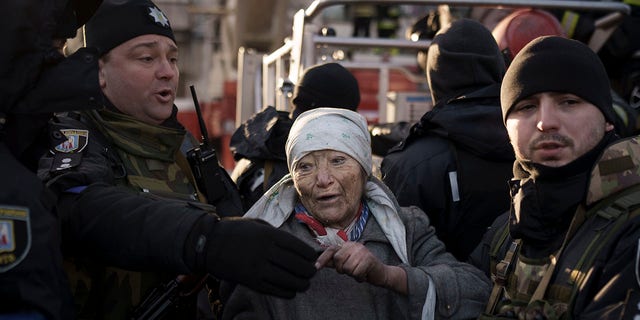 An elderly woman is helped by policemen after she was rescued by firefighters from inside her apartment after it was bombed in Kyiv, Ukraine, Tuesday, March 15, 2022.
(AP Photo/Felipe Dana)

Leaders from both nations said they will introduce the resolution to the United Nations General Assembly and sidestep the U.N. Security Council – a move that would elude Russia’s veto power.

It is unclear what will be included in the France-Mexico resolution, but it is expected to meet the 50% threshold needed to pass through the General Assembly.

Russia is expected to vote against the resolution, particularly if there is any language that condemns the deadly incursion into Ukraine following its rejection of a non-binding General Assembly resolution earlier this month that demanded Putin withdraw all forces.

Nebenzia said Russia will introduce its own “humanitarian” resolution in the U.N. Security Council.

“We’ll see whether the Security Council can or cannot fulfill its mission to adopt a resolution which will be one on the humanitarian situation in Ukraine,” he told reporters Tuesday. 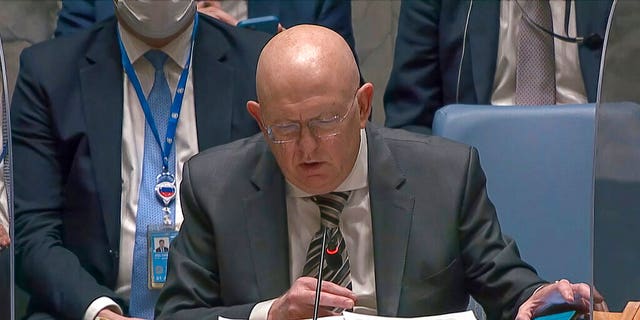 Vassily Nebenzia, Russia’s ambassador to the U.N., speaks during an emergency meeting of the Security Council on Feb. 23, 2022, in New York City. (UNTV video image via AP)

The Russian ambassador said the resolution will include “clear humanitarian provision, like already negotiated cease-fire … respect to international humanitarian and human rights law, condemnation of attacks against civilians and civilian objects, safe and unhindered passage.”

Nebenzia did not respond to questions by Fox News regarding war crimes committed by Russia.