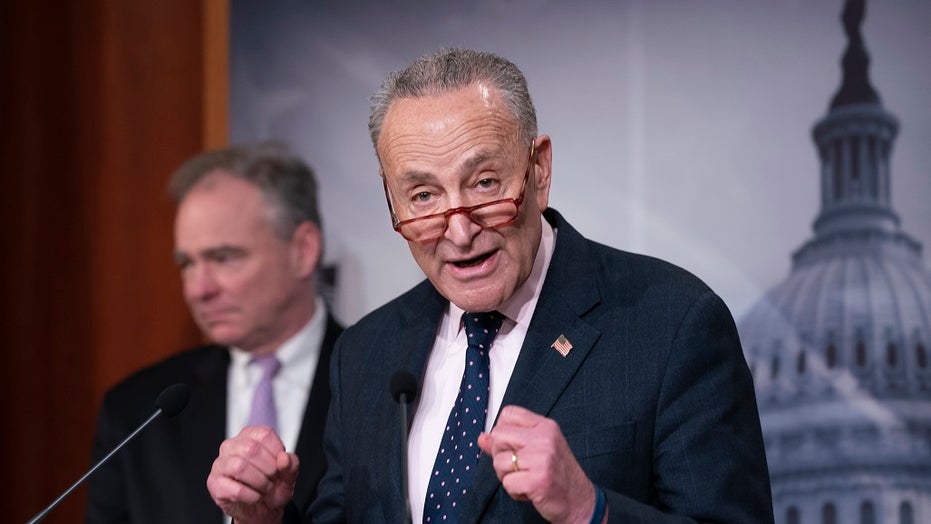 Sen. Minority Leader Chuck Schumer said a $600 per week federal unemployment boost was not negotiable in moving forward with a coronavirus package, after the Senate rolled out relief legislation offering $200 per week.

Earlier Tuesday House Majority Leader Steny Hoyer, D-Md., said his party could be willing to compromise on the $600 number.

"Look, it's not $600 or bust. … [House Speaker Nancy] Pelosi said the other day, which I thought was a great line: 'We don't have red lines, we have values.' We're going into these negotiations with values," Hoyer told CNN Tuesday. “To say that $600 or nothing, no, that's not where we are. We're prepared to discuss this.”

Schumer disputed Hoyer’s remarks. “We don’t believe that,” the New York Democrat told reporters when asked if $600 was negotiable. “I don’t know what speaker [Leader] Hoyer said.” He added that Democrats believe federal unemployment benefits should be extended through January 31.

Schumer said that the $600 per week in additional unemployment benefits in the CARES act had kept “millions of people out of poverty” and is “why the economy is creeping back up.”

Still, Schumer said he believed Republicans could be swayed.

“The past three bills the Republicans have said they want to do much less than needed,” the minority leader said. “So if we stay strong I have good hope there is a realistic chance that Republicans will move in our direction and we'll get much of what we want.”

In the House HEROES Act, Democrats have proposed an additional $600 per week in federal unemployment benefits, which would supplement usual state benefits. In the Senate HEALS Act, Republicans propose $200 per week for two months then transitioning to 70 percent of prior earnings when combined with state assistance.

"Obviously, to have a draconian $400 cut immediately is going to make it very, very difficult for American families to meet their rent, to pay for food, to pay their living expenses," he said. "It is insufficient. It will let down the American people, and it will damage the economy."

Still, the Maryland Democrat admitted an additional $600 per week could disincentivize returning to work. A Congressional Budget Office estimate found that five out of six unemployment recipients receive more in benefits than from returning to work.

Sen. Majority Leader Mitch McConnell, R-Ky., cited Hoyer’s comments when speaking about the Republican legislation during a speech on the Senate floor.

"Even the Democratic House majority leader said just this morning that our perspective, quote, 'has some validity to it and we ought to deal with that … it's not $600 or bust,'" he said. "So let's get past the partisan cheap shots and have an adult conversation."