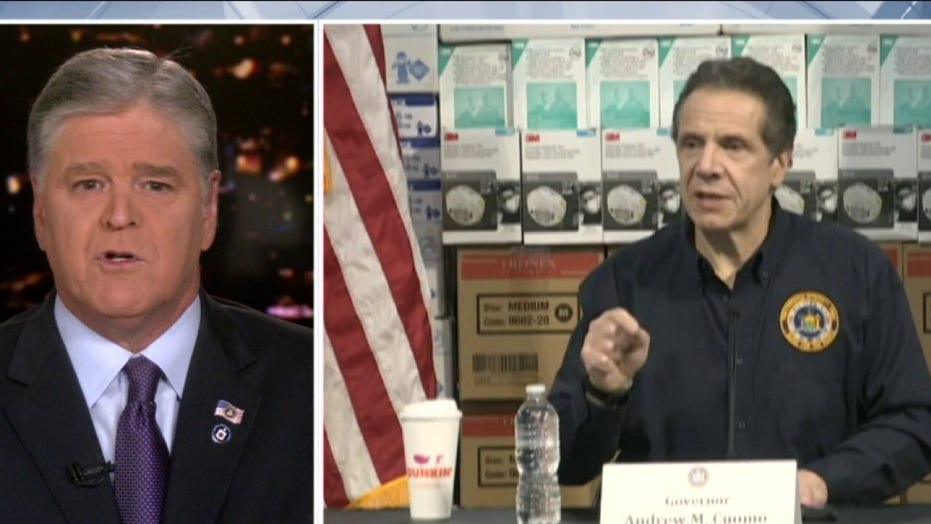 The public will not be fooled by the mainstream media’s “feigned moral outrage” over allegations of sexual misconduct against New York Gov. Andrew Cuomo, Sean Hannity told viewers Thursday.

The “Hannity” host knocked mainstream media outlets for offering Cuomo very different coverage than was given to Supreme Court Justice Brett Kavanaugh, whose 2018 confirmation was nearly derailed by Democrats over allegations of a similar nature.

“One must ask at this time, considering what happened in Kavanaugh’s case, where is the ‘I believe her’ caucus after that interview?” the host said, hours after Charlotte Bennett, a 25-year-old former Cuomo aide, revealed in an interview with CBS News that she believed he had propositioned her for sex during a workplace meeting.

Despite this, Hannity vowed not jump to conclusions or render judgment until the Democrat is proven guilty.

“On this program, we are consistent,” he said. “We’re not going to change. We believe in due process. We believe in the presumption of innocence. We believe allegations should be taken seriously and an investigation needs to be done but you don’t rush to judgment.

“Lo and behold, almost everybody in the media mob, the Democratic Party, oh, now all of a sudden now they agree with me, because in 2018, they were all feigning moral outrage and lying in order to block Kavanaugh’s nomination,” the host went on.

“They tried to ruin Kavanaugh’s entire life in front of his wife and daughters. They did it for political gain. They minimized the seriousness of important issues like this by playing politics with it and, of course, because Cuomo is a Democrat, he’s not getting the same treatment at all by them.”