Tony Kinnett, owner and executive director of ‘Chalkboard Review,’ explains how CRT is implemented in schools and the impact on Glenn Youngkin’s Virginia victory

Seattle Parks and Recreation co-hosted a beach walk over the weekend that was advertised as “open to anyone who identifies” as non-White.

The event Sunday at Discovery Park, co-hosted by the organization Sea Potential, was billed by Seattle Parks as an “interactive beach walk” for Black, Indigenous, and People of Color (BIPOC).

“We invite you to explore what you can learn about yourself and community, as you strengthen your sense of place and appreciate nature in a way that is culturally responsive to your experiences as Black, Indigenous, and People of Color,” Seattle Parks said in the event description on Facebook.

“This event is open to anyone who identifies as BIPOC,” it said.

Seattle Parks admitted in a statement to Rantz that “the messaging could’ve been clearer” surrounding the event, and that everyone was invited to join.

“This was an event with a partner agency that was intended to provide a supportive space for the BIPOC community to participate in a event in our park natural space,” the statement read. “Community has made us aware that people of color don’t always feel welcome or able to enjoy natural or public spaces. As a part of our mission we aim to serve all of our City’s residents and visitors, and for many communities that looks like having targeted programming that meets their needs, and intentionally invites them in. 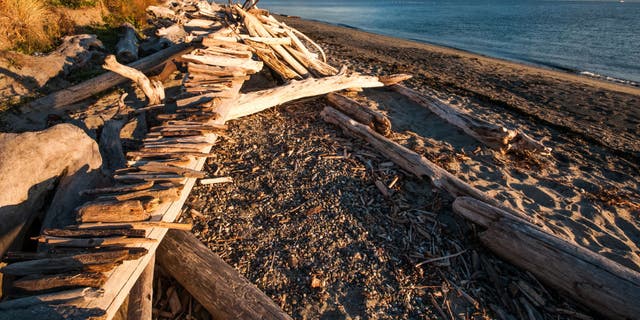 Discovery Park is a 534-acre park on the shores of Puget Sound in Seattle, Washington. It is the city’s largest public park. (Photo by Elena Di Vincenzo/Archivio Elena Di Vincenzo/Mondadori Portfolio via Getty Images)

“We have programming aimed at children, at older adults, and transgender and non-binary individuals, at the LGBTQIA community, at women, people with disabilities, and the list goes on,” the statement continued. “Our public spaces are open to everyone, and yet we are committed to acknowledging the historic and present discrimination that has kept many from enjoying public spaces, providing programming that works to undue the impacts of racism and discrimination, and ensure that all communities can benefit from parks and recreation programs. As such, the focus of our messaging was aimed at the BIPOC community. Nevertheless, the messaging could’ve been clearer that the park is open to all, and we were not planning on turning any folks away.”

Seattle Parks and Sea Potential did not immediately respond to Fox News’ requests for comment.