Recruitment giant Seek has been hit by claims by activist shareholder Blue Orca that its legacy business is stagnating, its Chinese business is inundated with false and fraudulent postings and it is carrying increasingly toxic levels of debt.

In a report published on Thursday morning, Blue Orca said the $8.1 billion ASX listed company's claims that Chinese online recruitment platform Zhaopin, which accounts for 48 per cent of its revenue, was China's number one player and growing rapidly were false. 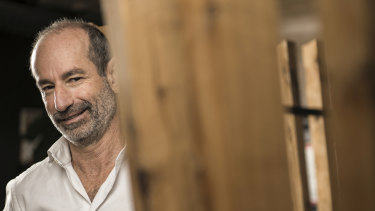 Investors reacted to the report by racing to sell with Seek's shares dropping by 8 per cent within an hour of the publication to $20.99 in early trade. Seek shares were put in a trading halt just after midday.

"Zhaopin’s platform is inundated with fake postings by companies which were deregistered, in liquidation or flagged as 'abnormal operations' by Chinese authorities," the report states.

"Companies we called about their job postings on the website even stated directly that the posts were fraudulent. Our due diligence also uncovered a whistleblower claim by a Chinese college student alleging that Zhaopin pays people to submit fake resumes. We think Zhaopin’s platform is rotten, which is devastating for Seek’s prospects."

Blue Orca said Seek has historically paid a dividend giving the impression that its business produces healthy profits and cash flows but the report states this impression is false and the payments have been largely funded by debt.

"Rather than valuing Seek as a fast-growing online recruiting platform, we value Seek for what it is — a slow or no-growth platform whose core business is shrinking and which carries a dangerous amount of debt," the report states.

Blue Orca said Zhaopin merited a "substantial discount" and it valued Seek at $7.30 a share, a 69 per cent reduction from its last closing price.

"Zhaopin is the foundation of Seek’s share price and, going forward, its ability to service its increasingly toxic levels of debt," the report states. "We think that Zhaopin has grossly exaggerated its performance and that the platform is worth considerably less than investors realise."

Blue Orca said Seek's shares were "grossly mispriced" and COVID-19 should not provide cover as Seek's Chinese business should have already emerged from the worst effects of the virus which had retreated in China.

"We have no doubt that Seek will blame the virus for its terrible results," the report stated. "But investors should not be fooled: our examination of its primary Chinese platform shows the rot preceded the pandemic." 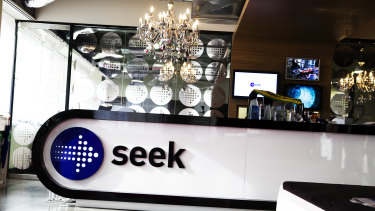 Seek issued a trading update in June, when it posted a net loss of $111.7 million for the year ending June 30, 2020 and announced a non-cash impairment charge of up to $230 million.

At the time Seek chief executive Andrew Bassat pointed to Zhaopin's resilience as boding well for a robust recovery across its business when conditions returned to normal after COVID.

The Sweetest Photos of Barack and Michelle Obama Through the Years

The Sweetest Photos of Barack and Michelle Obama Through the Years