"Our current moderation policies are to protect the integrity of the conversation around the elections," Dorsey said.

"For both Mr. Zuckerberg and Mr. Dorsey who censored New York Post stories or throttled them back, do either one of you have any evidence that the New York Post story is part of Russian disinformation or that those emails aren't authentic?" Johnson said.

"We believed it fell afoul of our hacking materials policy. … We updated our policy and our enforcement within 24 hours," Dorsey added.

Zuckerberg said the FBI did not contact Facebook about the particular New York Post story but did warn the social media company to "be on heightened alert around a risk of hack and leak operations." 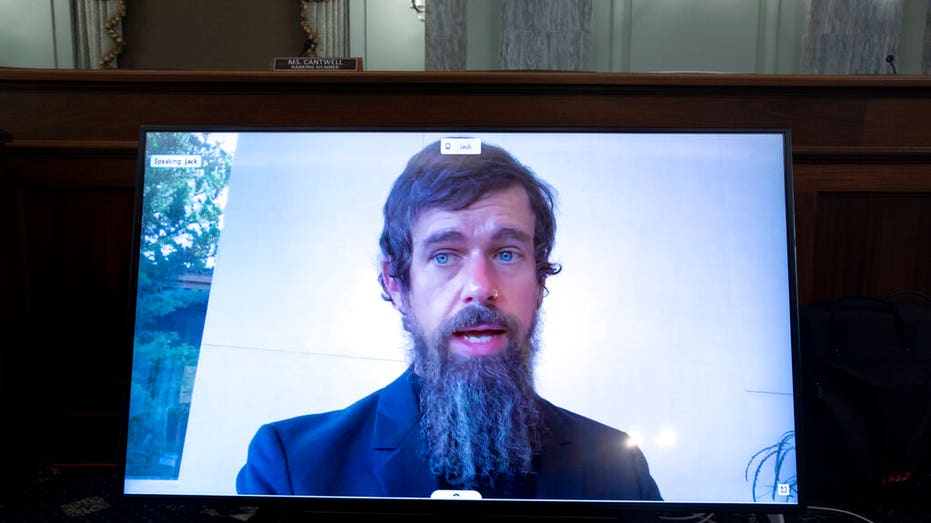 Twitter CEO Jack Dorsey appears on a screen as he speaks remotely during a hearing before the Senate Commerce Committee on Capitol Hill, Wednesday, Oct. 28, 2020, in Washington. The committee summoned the CEOs of Twitter, Facebook and Google to testi

"We didn't censor the content," Zuckerberg said. "We flagged it for factcheckers to review and, pending that review, we temporarily constrained its distribution to make sure that it didn't spread wildly while it was being reviewed. It's not up to us to determine whether it's Russian interference nor whether it's true."

Dorsey had expressed regret over Twitter's handling of the link in mid-October.

"Our communication around our actions on the @nypost article was not great," he tweeted. "And blocking URL sharing via tweet or DM with zero context as to why we’re blocking: unacceptable."

Best Buy (BBY) Near All-Time High Ahead of Report