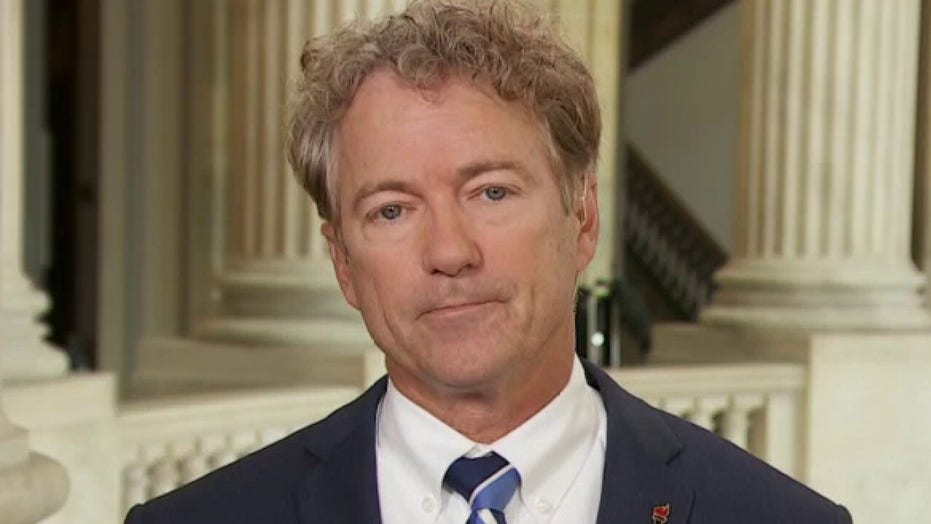 Congressional Republicans should apologize to former President Barack Obama "for complaining that he was spending and borrowing too much," Sen. Rand Paul, R-Ky., told "Your World" Wednesday.

"So we were already running a trillion dollars short just with our normal budgetary expenses for the year," the senator went on. "We added three trillion [with the CARES Act]. Now they're talking about another one to two trillion. We're going to borrow $5 trillion in five months. I remember when conservatives complained about George W. Bush borrowing $5 trillion in eight years … [Obama] was a piker compared to their borrowing that they're doing now."

Democratic leaders and White House officials are trying to finalize a so-called "Phase 4" emergency aid bill this week and hold a vote in Congress on it next week.

Paul warned that the amount of spending involved in such legislation could have negative consequences for Republicans in November.

"The politicians around here say, 'Oh, no, we just have to buy more voters by flooding the economy with money.' Well, guess what?" he asked. "What if conservatives or libertarians that vote Republican decide, 'The hell with it, you're acting like Democrats, we're either staying home or voting for a third party.' You know what? They might just lose this election because they're acting like Democrats now."

"When you increase the benefits and you pay people, [and] the government pays them more for not working than they were getting for working, you institutionalize unemployment," Paul said. "Even President Obama didn't do that."

"You can't keep doing this," he warned. "We can't keep borrowing another trillion dollars every couple of months."