Singapore’s communication minister said the government never excluded any company from being vendors for the nationwide rollout of high-speed 5G technology, and is satisfied with the outcome of its telecom operators’ selection.

“We never explicitly excluded any vendor,” and the city-state has very clear security and resilience requirements, Minister for Communications and Information S. Iswaran said in an interview with Bloomberg Television’s Haslinda Amin on Thursday. “You have a diversity of vendors involved in different aspects of the 5G system and that is in fact a positive outcome from our perspective,” he said.

Huawei, which has become a point of contention in tensions between the U.S. and China, still has a foothold in the market as a provider for TPG Telecom Pte’s smaller, local network system. 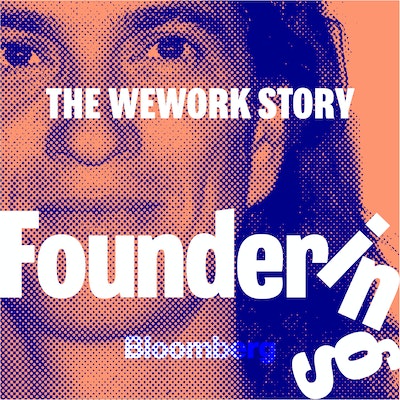 Foundering is a new serialized podcast from the journalists at Bloomberg Technology.Forward 15 secondsBack 15 seconds00:00:00

ShareSubscribeCookie PolicyDescriptionShare FounderingShare this episode with your friends“>Subscribe to FounderingKeep up to date by subscribing to this podcastCookie PolicyThis player is hosted by Megaphone, a podcast publishing platform. By using Megaphone‘s player you are consenting to our use of cookies, which we use to improve user experience. Please refer to our privacy policy to learn more.Description

Adam Neumann had a vision: to make his startup WeWork a wildly successful company that would change the world. He convinced thousands of other people — customers, employees, investors — that he could make that dream a reality. And for a while, he did. He was one of the most successful startup founders in the world. But then, in the span of just a few months, everything changed.

Foundering is a new serialized podcast from the journalists at Bloomberg Technology. This season, we’ll tell you the story of WeWork, a company that captured the startup boom of the 2010s and also may be remembered as a spectacular bust that marked the end of an era.

— With assistance by Anand Menon