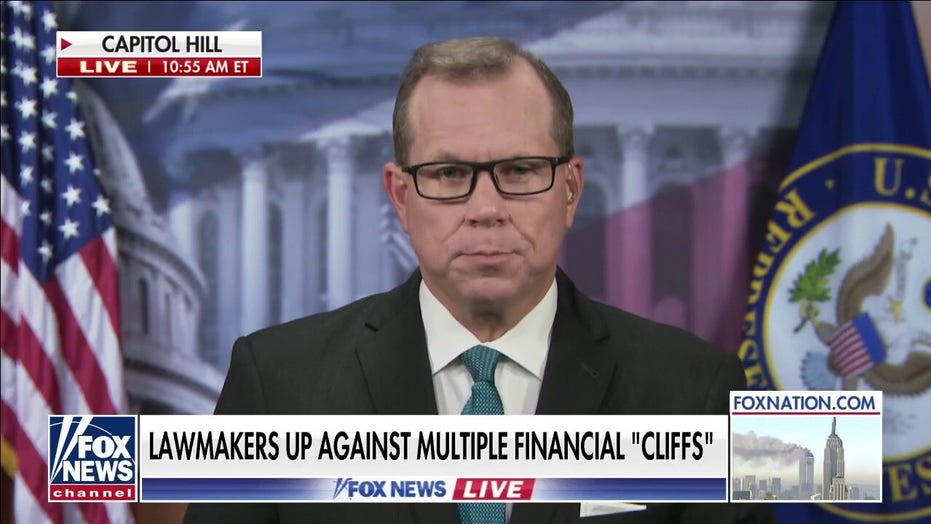 Chad Pergram has the latest from Capitol Hill.

It’s cliché in Washington to say that one should never let a crisis go to waste.

But politics are politics.

And, as cynical as it sounds, that means you should never let a crisis go to waste.

Tucked into these bills are plans for bridges and highways, high-speed internet for rural areas, money to modernize the energy grid. Members of the Biden administration suggested that the bills could help the country weather future storms which are increasingly fierce, violent and costly.

“We have very old infrastructure across this country. We need to work on rebuilding it. Building it back stronger so it can be more resilient to these future threats,” said FEMA administrator Deanne Criswell on “Fox News Sunday.” 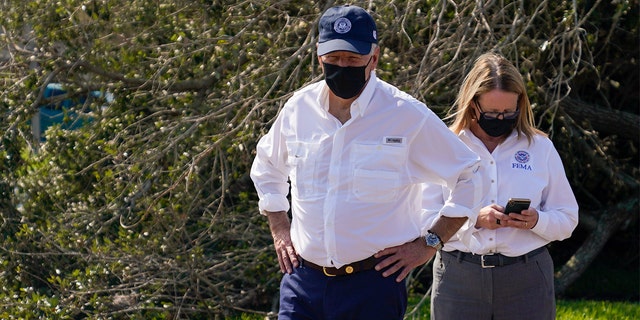 “If anything points out the importance of hardening the grid, improving swear and water, flood mitigation and coastal restoration, it is this storm,” said Cassidy on Fox.

It’s possible Democrats (and yes, Republicans) could push to tack on immediate hurricane relief to the infrastructure bill or the larger, catch-all spending plan.

“We should move this as quickly as possible,” said Rep. Troy Carter, D-La., en route to a meeting with Biden to tour hurricane damage. “We should advance the issues of the infrastructure bill rather than get caught up in the semantics of calling it hard or soft infrastructure. It’s about making Louisiana and Americans’ lives better.”

This is all going to come down to one month: September.

“It’s a challenging month because there are so many pressing issues on the agenda for Democrats,” said Darrell West of the Brookings Institution. “And they’re tough issues, where moderates are fighting with progressives. Biden’s approval rating has fallen. It’s going to be hard to keep Democrats together during September.”

It always boils down to the math. Some Republicans will back the infrastructure bill. But Democrats will have to carry the freight on the $3.5 trillion bill. It’s unclear how the sides may attach hurricane aid to either of those packages. Plus, Congress must avoid a government shutdown by October 1. And, there will soon be a push by Democrats to increase the debt ceiling. Republicans contend they won’t assist with that.

Democrats could mash all of these proposals into one mega-bill – or divide it up. It’s truly unclear a this stage.

But Democrats are sure to use the storm as a rationale to pass their big policy initiatives.

Sen. Joe Manchin, D-W.Va., authored an op-ed recently in the Wall Street Journal. Manchin urged his colleagues to tap the brakes on the social spending bill until he had “greater clarity” about why Congress chooses to ignore the serious effects inflation and debt have on existing government programs.”

The op-ed was a classic Manchin move.

First of all, Manchin voted to support the $3.5 trillion budget framework for the plan – which was nothing more than a shell. Nothing has really changed since Manchin voted yes to tee up the budget package for the spending program. Lawmakers and top Congressional aides are filling in the details of the $3.5 trillion plan as we speak. Democratic leaders hope they can hang legislative meat on the bone by September 15.

But here was Manchin’s ploy: Protest what his party is doing – even if he supported getting the bill to the current point in the first place. Then, suggest there was something in the package which he opposes. That presents the optic that Manchin is rattling the cage of the Democratic establishment. Manchin could later extract a concession at the last minute which enables him to vote yes.

This is exactly the same tactic Manchin used with the Democrats’ $1.9 trillion COVID bill in March – except Manchin protested a lot later in the process and nearly derailed the bill.

But Manchin’s March machinations underscored how important his vote is to the Democrats in a 50-50 Senate. He controls most of the cards.

“Manchin has weekly huddles w/ Exxon & is one of many senators who gives lobbyists their pen to write so-called ‘bipartisan’ fossil fuel bills. It’s killing people. Our people. At least 12 last night,” tweeted Ocasio-Cortez the morning after a post-tropical Ida savaged New York. “Sick of this ‘bipartisan corruption that masquerades as clear-eyed moderation.”

Let’s break this down:

It’s natural to have two wings of one political party at odds with one another when trying to advance a big policy agenda. This happens all the time with Republicans. It’s no surprise that moderate Democrats face suspicion from liberal Democrats. Ocasio-Cortez sees how the storm ripped through her city. She’s naturally going to use the storm to make the case for the massive spending package – although she looks askance (and has from the beginning) at the bipartisan coalition of senators who composed the infrastructure package.

Liberals are worried the bill(s) may skew too far in the direction of Manchin and moderates. And, by the same token, Manchin is going to try to score something out of these negotiations which works for him.

You can bet that Troy Carter and other members of the Louisiana delegation will do the same.

“One bill can’t pass without the other,” said Senate Majority Leader Chuck Schumer, D-N.Y., of the infrastructure bill and the social spending package “Some senators prefer one. Some senators prefer the other. What I have said is we’ve got to come together and pass both.”

September could well define Biden’s domestic policy legacy. And, the debacle in Afghanistan in August could certainly to define the president’s foreign policy legacy. Democrats are angry at how the administration messed up Afghanistan. But ironically, Afghanistan could help Biden in Congress on the domestic front.

“Crises can keep people together,” said Darrell West. “The president may say ‘everything is on the line. We have to stick together or Republicans are going to devour us. Democrats have virtually no margin. They can’t lose hardly any legislator on these major bills. So if they’re lucky, the party will stick together and it will put them in a position to pass major legislation.”

No one would ever hope for Afghanistan to implode the way it did so that it would actually help Democrats usher through the rest of their agenda. But experienced Washington hands are aware of the political dynamics. Democrats know they can’t let too much infighting derail the agenda – especially since Afghanistan turned out so poorly.

As is often said, never let a crisis go to waste.