South Dakota Gov. Kristi Noem signed an executive order on Tuesday banning clinicians from prescribing medication abortions through telemedicine, the latest in a wave of red states trying to restrict access amid the growing threat to Roe v. Wade.

In her executive order, the Republican governor declared that abortion pills may only be prescribed or dispensed by a doctor who is licensed in South Dakota after an in-person examination. The order also blocks people, including physicians and manufacturers, from providing abortion-inducing medication via courier, delivery, telemedicine or mail service.

Abortion-inducing medications are also no longer allowed to be provided in school or on state grounds, according to the order, which also directs the South Dakota Department of Health to develop licensing requirements for “pill only” abortion clinics. The department will also need to collect data on how often medication abortions are performed as a percentage of all abortions and enhance reporting requirements on emergency room complications supposedly related to medication abortions. 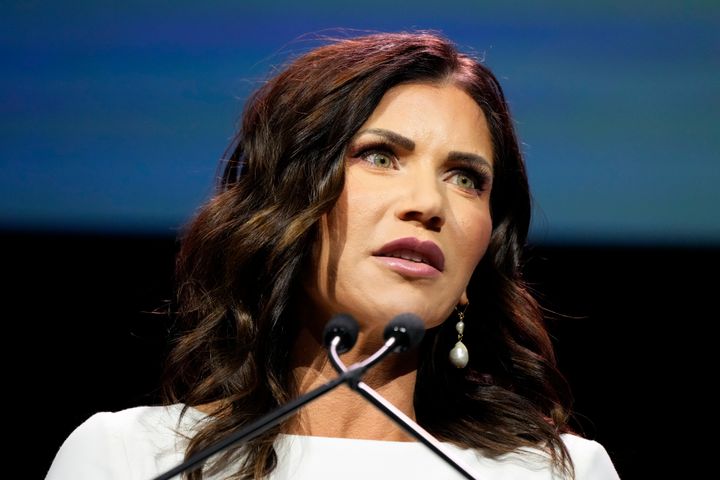 Medication abortion, known as the “abortion pill,” has been available in the U.S. since 2000, when the Food and Drug Administration approved the use of mifepristone for early nonsurgical abortion. Pregnant people normally get a medication abortion by taking a combination of mifepristone and misprostol ― usually spaced 24 hours apart ― which essentially induces a miscarriage.

Mifepristone is approved for use at up to 10 weeks of gestational age, though it is used safely off-label at later stages. The drug blocks progesterone receptors that are necessary to maintain a pregnancy. Medication abortion is successful 93% to 96% of the time, according to Planned Parenthood.

The drug is very common. Medication abortions increased from 5% of all abortions in 2001 to 39% in 2017, even while the overall number of abortions declined, according to The Guttmacher Institute, a pro-choice research organization. The method allows abortion seekers to terminate their pregnancies safely and effectively in the privacy of their own home, provided they are in the early stage of pregnancy.

The FDA announced in April that pregnant people would be able to get prescribed a medication abortion through telemedicine after President Joe Biden lifted the previous administration’s restrictions on telemedicine abortion ― something doctors have been fighting for long before the pandemic ― due to the unnecessary COVID-19 risk of physically going into a health clinic for a medication abortion.

“The past 20 years have given us just a glimpse of the transformative potential of medication abortion. Even before the COVID-19 pandemic, medication abortion use was rapidly increasing ― in fact, in just the last decade or so, the number of clinician-managed abortions using medication increased 73%,” Guttmacher spokesperson Joerg Dreweke told HuffPost.

“Beyond its exceptionally safe and effective track record, what makes medication abortion so significant is how convenient and private it can be ― and how radically it could expand access to abortion care if freed from politically motivated restrictions,” Dreweke added. “Of course, that’s exactly why anti-abortion policymakers and activists want to keep it out of the hands of people who want it.”

Courts have declared that outright banning the option is unconstitutional, but other state-level restrictions like Noem’s order have so far gone into effect without legal challenges. South Dakota is one of 19 states prohibiting the use of telemedicine to prescribe medication for abortion, and 32 states requiring clinicians who administer the abortion pill to be physicians, according to The Guttmacher Institute.

South Dakota’s order comes about a week after Texas’ anti-abortion law went into effect. That law bans abortions after six weeks ― a time when most people are unaware they’re pregnant ― and relies on private citizens to enforce it by giving bounties of up to $10,000 for successfully suing anyone accused of “aiding and abetting” abortion seekers in Texas.

Within a day of the law going into effect, at least six other states said they are looking to adopt a similar ban. North Dakota, Mississippi, Indiana, Florida, Arkansas and South Dakota have all voiced their intent to follow Texas, and Noem’s executive order on Tuesday brings her state one step closer to that reality.