New York (CNN Business)A new telescope in South America might, astronomers have hoped, decrypt some of the universe’s mysteries and — assuming it exists — even provide the first glimpse of Planet Nine, a giant world that some scientists predict is lurking in the outskirts of our solar system. But standing between the telescope and its potential discoveries are hundreds of internet-beaming satellites that belong to Elon Musk’s SpaceX.

Astronomers say trails of light given off by the satellites could pockmark thousands of images captured at the Rubin Observatory, where the telescope will be housed, despite recent efforts SpaceX had made to dim its Starlink
“The astronomy community was not prepared for this, and certainly not funded for it,” Tony Tyson, the Rubin Observatory’s chief scientist, said.

SpaceX did not respond to requests to comment.
Starlink is a satellite-based internet constellation intended to blanket the planet in high-speed broadband, and often touted as a way to potentially bring connectivity to the billions of people who still lack reliable internet access. The idea requires swarms of satellites operating in low-Earth orbit — roughly 340 miles high, in SpaceX’s case — to provide continuous coverage.

Other companies have been trying and failing to build such an internet constellation for decades. But SpaceX is already launching new satellites at an unprecedented pace. More than 400 Starlink satellites have been deployed since January, and SpaceX plans to grow Starlink to include more than 40,000 satellites. That’s five times the total number of satellites humans have launched since the dawn of spaceflight.
There are no formal rules regulating the brightness of new satellites. And a host of other companies, including Amazon and OneWeb, are building, or plan to build, satellite-internet constellations similar to Starlink.
Tyson said SpaceX deserves credit for making a sincere effort to mitigate the problems these satellites will pose for astronomers.
But the question academics, experts and other stakeholders are now asking is: How permanently and severely will the commercial space race alter the night sky?
“I’m always an optimist,” Tyson told CNN Business. “But I’m frankly scared.”

From the moment SpaceX launched its first batch of 60 Starlink satellites into Earth’s orbit last year, alarm bells went off for people who spend time studying the sky.
Astronomers captured what looked like trails of glowing ants crawling across telescope lenses. Some amateur stargazers were amused. But for a cohort of professional astronomers, it was horrifying. Many aired their complaints on social media.

At first, SpaceX CEO Musk was defensive.
Starlink satellites “won’t be seen by anyone unless looking very carefully,” and they won’t have a significant “impact on advancements in astronomy,” Musk said in a May 2019 tweet.
But that wasn’t true. Astronomers found that the fairly large size of Starlink satellites — 573 pounds or 260 kg — and their low-level altitude made them appear particularly bright from the ground. They can even be seen without a telescope in some areas. If the Starlink constellation grows to include thousands of satellites, they will “potentially outnumber all the visible stars in the sky,” said Jonathan McDowell, an astronomer at the Harvard-Smithsonian Center for Astrophysics who studied the topic.
SpaceX quietly began working with the astronomy community last year and tested various methods for reducing satellite brightness.
Those efforts, detailed in a recent blog post, include tilting the satellites to avoid the sun’s rays. SpaceX also said each of the 57 Starlink satellites that will launch on its next mission, slated for this month, will be equipped with a retractable sun visor.
“SpaceX is committed to making future satellite designs as dark as possible,” SpaceX said in its blog post, which stretched to 2,900 words.
But even in the best-case scenario, Starlink satellites could still significantly damage astronomers’ ability to study the sky.

SpaceX acknowledged in its blog post that Starlink satellites pose a particularly glaring problem for The Rubin Observatory, a $500 million telescope funded by the US National Science Foundation, the Department of Energy and private donations. It’s named for the late astronomer Vera Rubin, who provided some of the first evidence of the existence of dark matter.
The observatory, which looks like a robotic snail perched on a mountain in Chile, will capture 1,000 images every night beginning in 2022.
Unlike other telescopes, the Rubin Observatory will be able to photograph the entire sky in just three nights. And when the survey is complete, it will create an unprecedented “movie-like view of the cosmos,” according to the Association of Universities for Research in Astronomy. That will give scientists an unprecedented chance to study everything from the origins of the universe to the unknown contents of the Milky Way.
It could prove the existence of Planet 9, which some scientists predict is a world larger than Earth, that could be responsible for the unexplained movement of other objects in the far reaches of our solar system. If Planet 9 is out there, it could reshape theories about how our solar system was created, astronomer and journalist Stuart Clark wrote in an article published this week.
The Rubin Observatory will also be particularly useful for tracking near-Earth asteroids that could one day threaten our planet. Those observations could be most damaged by satellites’ interference. Astronomers typically search for asteroids at twilight, the same time of day that Starlink satellites appear brightest, Tyson said. 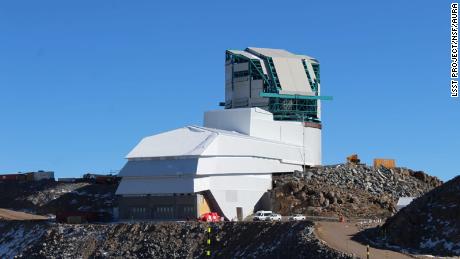 The size and sensitivity of the Rubin Observatory’s telescope also happens to make it more vulnerable to Starlink’s light pollution. The observatory’s camera lens is “focused at infinity” to capture far-off celestial bodies, Tyson said. That means objects in the foreground, such as bright satellites in low-Earth orbit, appear out-of-focus, creating an enlarged blur of light.
Academics who studied the issue made that clear in May: “If unchecked,” an executive summary from Rubin Observatory reads, Starlink and other similar satellites “could jeopardize the discoveries anticipated from Rubin Observatory.”
The study suggested SpaceX would need to darken its satellites to 7th magnitude.
Magnitude is a measure of brightness in which higher numbers mean a dimmer appearance. For example, Neptune has an apparent magnitude of about 7.7. Most of the Starlink satellites already in orbit are far brighter than that. Even an experimental satellite with a dark coating that SpaceX launched in January was still twice as bright as 7th magnitude.
It’s not yet clear if the visors SpaceX developed for new satellites will reduce their brightness to that level. Astronomers haven’t had a chance to observe a satellite that tested the visor, which SpaceX launched in April, said Meredith Rawls, an astronomer who co-authored the study.
Because of the Covid-19 pandemic, many observatories are closed. 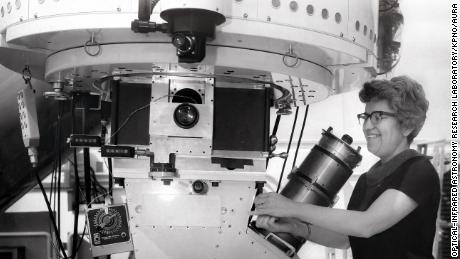 The scary part, Rawls added, is that even if SpaceX is able to dim Starlink satellites to the 7th magnitude, they’ll still affect the Rubin Observatory’s data. The lost pixels would correlate to “several months of observing time,” according to the study Rawls co-authored.

And the more the satellites interfere, the more likely it is that astronomers will make a mistake or arrive at an inaccurate conclusion. Ensuring that doesn’t happen will require finding better ways to clean up blemished images — and that takes time and money.
“There is no clear mechanism for funding that work,” Rawls said. “There’s already not enough funding at all for all the cool science that astronomers would like to do.”
Source: Read Full Article