Jewellery seller Michael Hill International is the latest retailer to reveal sparkling trading conditions over the festive season, telling investors it booked record sales in the December half.

Managing director Daniel Bracken said sales were up 12 per cent on last year to $363 million for the six months to January 1, a jump of $30 million on the company’s previous best half, which was achieved in the 2020 financial year. 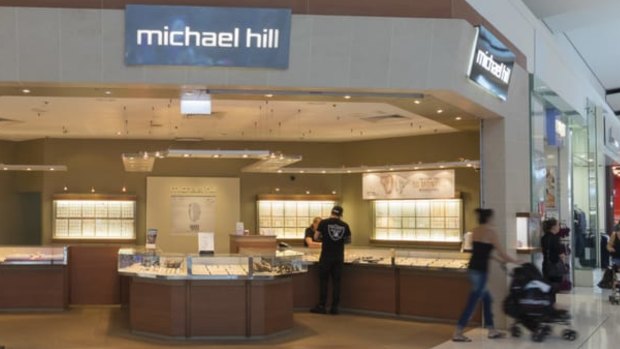 The company is the latest retailer to report buoyant conditions in December.

“While record sales were a highlight, equally pleasing was our ability to maintain elevated margins despite significant input cost pressures and increased promotional activity in the market,” Bracken said.

Michael Hill expects to report earnings before interest and tax of between $52 million and $55 million when it delivers its official numbers next month, up from last year’s $51.6 million.

Bracken said another strong Christmas trading campaign underpinned the results. Australian stores saw revenue growth of 18 per cent on the same period last year, while sales were up by 13.8 per cent in New Zealand and 0.5 per cent in Canada.

Michael Hill joins retail brands including JB Hi-Fi and Super Retail Group which have flagged strong results in the lead-up to the February earnings period.

Apparel retailers saw the biggest gains, according to the data, with sales up 6.7 per cent on last year, while groceries were up by 6.6 per cent.

Sales on home furnishings declined by 2.4 per cent, however, adding more evidence to support the theory that spending on big-ticket household items will slow this year.

Australian Retailers Association boss Paul Zahra said the numbers were “a testament to the resilience of the retail industry and set a good foundation as we anticipate a period of uncertainty in 2023, with inflationary pressures and the rising cost-of-living.”

Analysts had flagged that a strong Christmas trading season would flow through to better-than-expected half-year results from a range of retailers, but there are still expectations that spending will slow down in coming months.

“Looking forward, rising cost-of-living pressures are expected to weigh on retail sales, although a significant decline will require a marked deterioration in the labour market and/or an exhaustion of surplus savings, while performance is expected to vary by category,” UBS retail analysts said in a note to clients this week.

Michael Hill shares are up 5.5 per cent year-to-date, but traded flat throughout the first hours of Thursday’s session, sitting at $1.16 just after 1:30pm.