Afterpay rival Splitit plans to raise up to $100 million from investors to fund its expansion as the buy now, pay later rivals ramp up their global investment in growth.

Chief executive Bard Paterson said the institutional investors who committed $90 million in the placement – which will be followed by a $10 million share placement with current investors – include Woodson Capital which made a significant investment in Afterpay last year.

“They've been a supporter of the buy now, pay later space for quite some time,” Mr Paterson said. “We’re very excited to be partnering with them and see them as a strategic partner, given their knowledge of the space.” 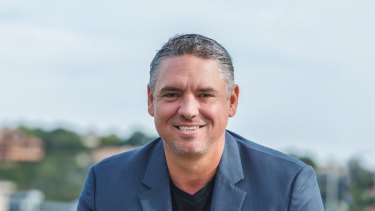 Splitit boss Brad Paterson said the funds will be invested in its global expansion focused on the US, Australia and the UK.

The New York-based consumer and technology investor will take a substantial shareholding in Splitit at the offer price of $1.30 a share. The stock, which had closed at $1.365 on Friday before the raising was announced, rose 15 per cent to a high of $1.64 on Wednesday morning.

Mr Paterson said the funds would be used to push its global expansion in the US, Australia and the UK and to accelerate growth by investing in marketing and sales to drive the acceptance, awareness and use of the product. “I do think we’re in a high growth phase of taking [market] share … I think that will go on for a couple of years,” he said.

“I remember from my time at PayPal, it took years to build our acceptance. And once you have acceptance you can start to innovate a lot more, in terms of expanding your offering.”

Splitit will issue 69.2 million shares to institutional investors at $1.30 a share and will now offer placement shares to eligible investors at the same price later this month. The share purchase plan will not be underwritten.

Unlike its buy now, pay later rivals, Splitit operates on top of customers' credit cards. It uses the available credit on a user's existing credit card to secure the full value of the transaction, with customers paying the monthly instalments.