BHP’s board is understandably riding high having delivered another strong quarterly on the back of an iron ore price that refuses to abide by the laws of gravity.

Cranking maximum production out of its West Australian operations productively will be first, second and third on the company’s list of priorities in 2021.

What has apparently not been on the agenda of chairman Ken MacKenzie’s board for at least 18 months is the potential for cleaning up BHP’s corporate structure by collapsing its Australia and UK dual listing. 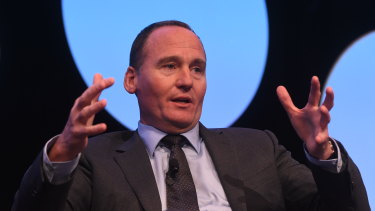 If one casts back three or four years to when BHP’s activist 5 per cent shareholder Elliott Partners was still talking publicly about its campaign to push for an end to BHP’s dual listing, it was the $1 billion tax roadblock that stood in the pathway of unification.

One large element of that obstacle crumbled in 2018 and 2020 when various tax authorities dealt with the issue of BHP using the Singapore marketing hub as a conduit through which it sold its product.

The other troublesome impediment to BHP cleaning up its capital structure was the treatment of tax losses from NSW coal mines. As part of a corporate tidy up in the lead up to an asset sale, BHP announced on Wednesday it had written down the value of these tax losses.

There are certain to be other complicating factors in such a major overhaul in BHP’s corporate structure, but with both the tax issues resolved, BHP’s largest impediment now is the will to proceed.

When Elliott began agitating for listing unification of BHP Group Ltd and BHP Plc back in 2017, BHP appeared deeply disinclined to entertain the proposition.

Elliott’s lobbying effort was then part of a far larger push for the resource conglomerate to sell assets, reallocate capital and apply more rigour to acquisitions. It argued that the unconventional onshore oil/gas shale assets should be divested as a priority and the offshore conventional oil assets should be next.

Former BHP chief executive, Andrew Mackenzie, ultimately did sell the shale assets for a tidy price of $US10.8 billion (although it took $US12 billion of impairments over the time of its ownership).

The company didn’t agree with Elliott’s views on conventional oil and it remains one of BHP's key commodity pillars. (And there was a belief among many that Elliott had ulterior motives for pushing BHP to sell this oil business.)

At some point in 2019 Mackenzie appears to have engineered a truce with its previously noisy 5 per cent shareholder. Whether BHP promised to revisit the dual listed company (DLC) topic after the tax hurdles had been removed is not known.

However under the chairmanship of MacKenzie, Elliott may have been convinced that mistakes made by previous BHP regimes, that had burned billions in capital, would not be repeated.

That said by 2018 BHP management appeared to have softened its stance on the topic of reunification – suggesting to the media that simplifying its capital structure would be more a matter of when rather than if.

DLCs are the structure by which two companies with separate legal identities, and stock market listings, agree to operate their businesses as if they were a single economic enterprise. (The businesses owned by the Australian BHP earned significantly more money so funds had to be transferred to the UK business in order that both received the same dividend payments.)

The dual listing structure is further complicated by Australia’s dividend franking – the tax benefits of which cannot be used by BHP Plc’s UK shareholders.

Armed with a report by expert FTI Consulting, Elliott argued at the time that BHP’s shareholders would benefit to the tune of $US22 billion. Much of this was due to an anticipated market re-rating of the company.

Thus at least part of the improvement was theoretical and based on the share prices of other companies that had collapsed DLC structures.

Elliott may have quietened down but it hasn’t gone away. It may just be lapping up the fact that since buying in, the BHP share price has doubled.

Needless to say the world has moved on for BHP since those days when Elliott was a thorn in its side. The resources giant has gotten its act together and has demonstrated capital its discipline stripes.

If it ultimately revisits collapsing the DLC it will be the board’s decision.