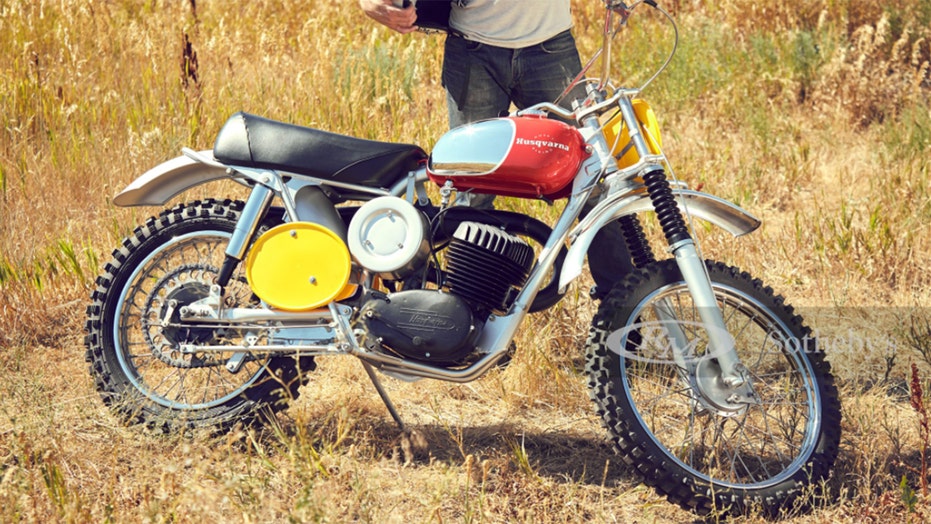 The green Ford Mustang from the Steve McQueen film "Bullitt" is one of the most famous cars in history, but it hasn’t been seen in decades. Now its owner is finally telling the tale of what happened to the iconic automobile.

Motorcycle enthusiast Steve McQueen owned dozens of bikes over the years, but a few are more special than others. 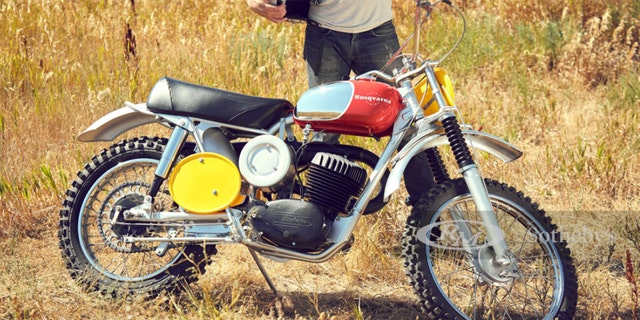 This 1968 Husqvarna Viking 360 was the first of the brand’s bikes owned by Steve McQueen.
(RM Sotheby’s)

McQueen had a particular penchant for Husqvarna motorcycles, like the one he rode in the “On Any Sunday” documentary, and one is coming up for auction at the RM Sotheby’s Monterey, Calif., event on August 13.

It’s not just any Husqvarna, but the first one he ever owned. 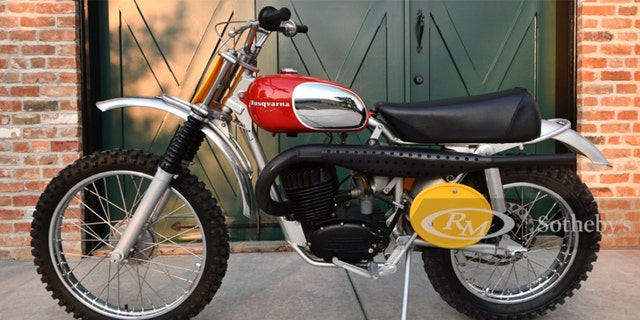 His Solar Productions movie company purchased the 1968 Viking 360 from Swedish motocross rider Bengt Åberg just after he competed in a race on it in California.

The single-cylinder two-stroke was fully restored in 2014 and remains in mint condition, so its next owner will have to decide if they want to chance messing it up to find out what it’s like to ride in McQueen’s riding boots.

RM Sotheby’s estimates the Husky could sell for up to $100,000, which is a far cry from the millions that many of McQueen’s cars have sold for, but quite a lot for a dirt bike.