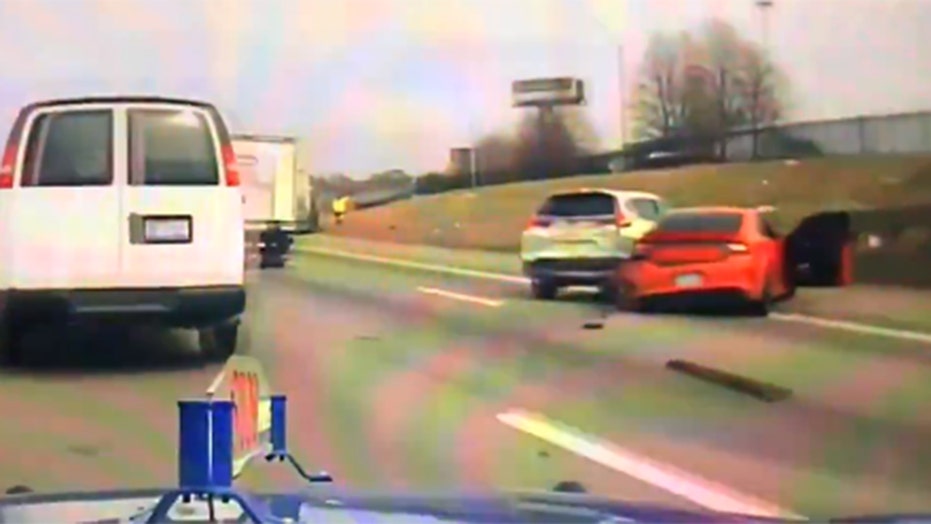 Dodge has a new two-factor theft deterrent system for its Charger sedan that didn’t come soon enough for one owner. 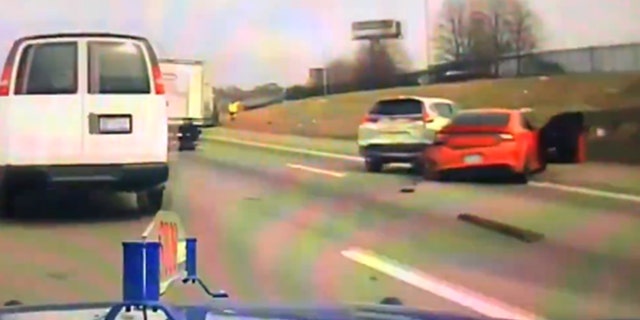 A Michigan State Police patrol car’s dash camera caught the moment an orange Charger passed it at 120 mph on I-75 in Detroit and fled trying to evade arrest, wrecking just seconds later.

Another driver’s dash camera recorded the crash, in which a Honda CR-V and garbage truck were damaged.

The suspect fled from the scene, leaving behind an empty gun holster in the car, but was soon apprehended by the Hamtramck PD. A Glock pistol with a 50-round drum magazine was found near the scene.

Police said the car was stolen in Georgia and had been involved in several police chases in the area in recent days.

Dodge has announced a new feature for certain V8-powered Charger and Challenger models that allows for a secondary code to be entered onto the touchscreen in order to get the car to run above idle when using a remote keyfob in an effort to foil thefts using cloned fobs. It will be available for 2015-2021 models soon.