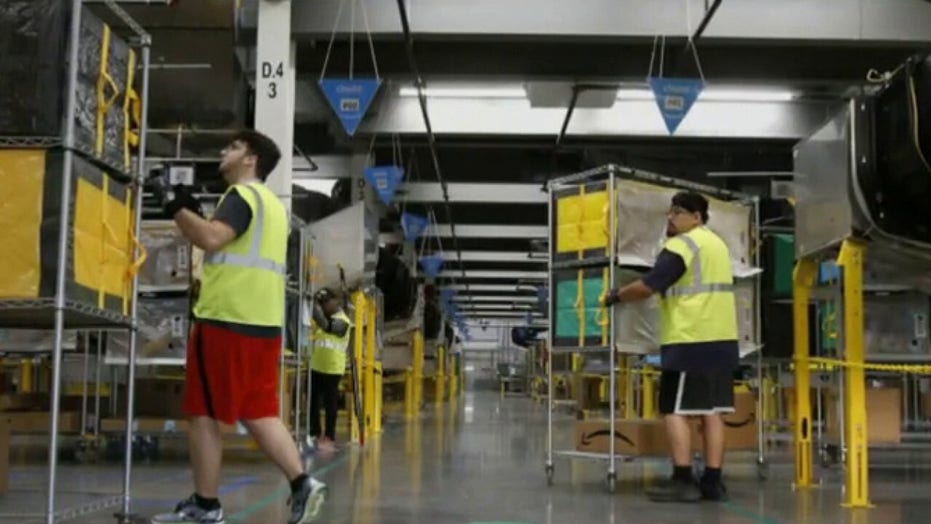 New York City-based small businesses are holding on "by a string" amid the coronavirus pandemic, restaurant owner Gianna Cerbone said on Tuesday, lamenting the loss of a deal with Amazon, which would have brought much-needed economic stimulus to her neighborhood.

“Someone like Amazon would have brought business to the area. Especially, not just here for Long Island City, but surrounding Long Island and small business. Right now, we’re at such a difficult point,” Cerbone, the owner of Manducatis Rustica restaurant in Queens, told "America's Newsroom."

Cerbone said that her restaurant is currently closed.

“People were so opposed to [Amazon] from the very beginning, but, the politicians were not understanding this was about keeping small business running and not about them,” Cerbone said.

Amazon officials had plans to build a $2.5 billion headquarters in Queens. De Blasio and Cuomo said the $2.8 billion in tax breaks and subsidies they were offering Amazon would result in $27 billion in tax revenue.

The company, however, announced that it had dropped plans to build a new headquarters in Queens amid pressure from politicians and activists over the tax breaks it would receive. Democratic socialist Rep. Alexandria Ocasio-Cortez and state Sen. Mike Gianaris were among the fiercest opponents of the plan, while Gov. Andrew Cuomo and NYC Mayor Bill de Blasio supported the proposal.

Meanwhile, Cuomo warned Monday that state residents should prepare themselves for the possibility of another shutdown if rising numbers of COVID-19 cases during the holidays put hospitals at risk of exceeding their capacity in the coming weeks.

Cuomo addressed the state’s plan to combat the spread of coronavirus amid intense criticism of his office’s decision to temporarily ban indoor dining in New York City. The governor defended his decision, arguing that operational restrictions are “not the real problem” for business owners and other state residents.

Cerbone said that the Big Apple has had an “exodus,” claiming that approximately 375,000 people have left the city as the pandemic has worsened. Commenting on the loss of Amazon, Cerbone claimed that politicians “never understood what was important for a business.”

Amazon employees would have been “helping the local economy” if the company proceeded with the plan to house its headquarters in the area.