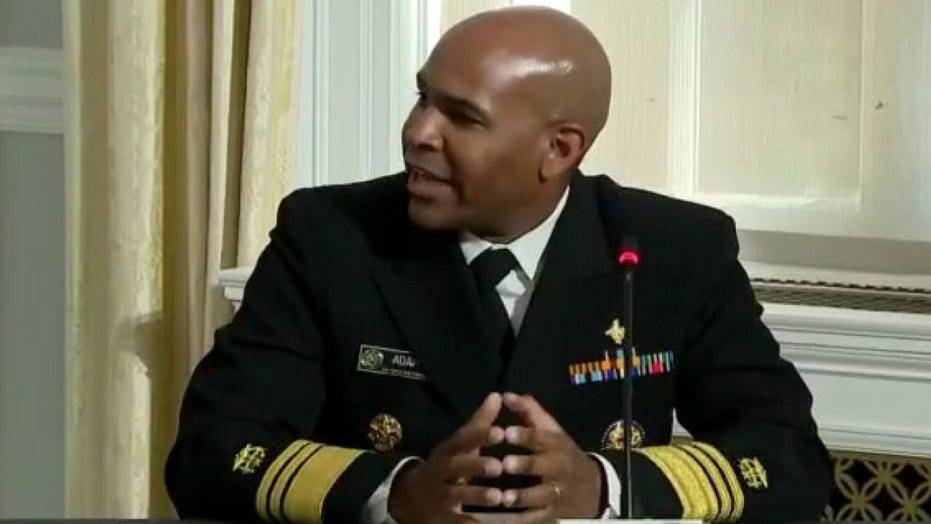 Surgeon general to Trump: Constituents like your face mask

The comments were made as the surgeon general and the president were participating in a roundtable with the Red Cross focusing on plasma collection to be used in plasma therapies for COVID-19 patients. “We really need donations of the plasma,” Trump said, urging recovered coronavirus patients to donate.

The president was seen wearing a mask as he watched a recovered COVID-19 patient donate plasma.

Trump also touted “tremendous progress” on vaccine developments and again urged Americans to wear a mask in crowded places, and “wash your hands as often as you can.”

This month the president wore a face mask in public for the first time, after long resisting calls to set an example by doing so, despite his daily coronavirus test.

“When you’re in a hospital, especially … I think it’s expected to wear a mask,” the president said on July 11 after months of refusing to wear one in public.

Continuing with a more sober tone toward the virus, the president later tweeted a photo of himself wearing a face mask, calling the practice “patriotic.”

“We are United in our effort to defeat the Invisible China Virus, and many people say that it is Patriotic to wear a face mask when you can’t socially distance,” Trump wrote along with the photo. “There is nobody more Patriotic than me, your favorite President!”

Pressed by Fox News’ Chris Wallace during a Sunday interview as to whether he regretted not wearing a mask from the beginning and whether he will consider a national mandate, Trump said he wants people to have the freedom to choose.

“I want people to have a certain freedom, and I don’t believe in that,” Trump said. The surgeon general has also said he doesn’t agree with a national mask mandate, saying it would be too hard to enforce and citing over policing concerns.

He also said he did not agree with the Centers for Disease Control and Prevention's guidelines that “if everybody wore a mask for 4-6 weeks, we could get this under control.”

However, Fauci said in an interview with ABC News on Instagram Wednesday, “Theoretically you should protect all of the mucosal surfaces [eyes, nose, mouth], so if you have goggles or an eye shield, you should use it.”