Online conveyancing platform PEXA has managed to negotiate a safe landing on the ASX, however, it’s keenest local rival Sympli reckons it can crack the company’s monopoly status in the market.

PEXA’s monopoly over the digital conveyancing of Australian property sales and mortgage refinancing was one of the big selling points for its float. But rival e-conveyancer Sympli’s chief executive Philip Joyce says its high time PEXA’s dominace in the market was challenged. 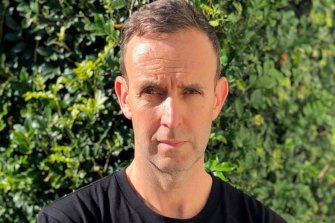 Sympli chief executive Philip Joyce says the startup has an advantage in taking on PEXA with better technology and a platform more attuned to user needs.

He highlighted the glitch, suffered by PEXA the evening before the IPO, as a clear reason why digital conveyancing in Australia shouldn’t be a one-horse race.

“June 30 is of one of the busiest settlement days of the year, as people try to conclude transactions before the end of the tax year, so what would have happened (is that) hundreds of customers would have been trapped with nowhere else to go. Trapped on a monopoly,” he said.

“That’s another strong argument for competition, that there is a resilience in such an important set of infrastructure.”

Sympli, which is backed by the ASX, is already working with one of Australia’s major banks and the startup is planning to gain interoperability with the PEXA platform by year’s end, which will open the market to competition.

Mr Joyce has no qualms about the prospect of Sympli competing with a rival which already has 80 per cent of the market sown up.

“The way I describe it is we have the advantage of going second,” he said.

“We’re using more contemporary technology. We understand more about the problems that need to be solved in the legacy market. So actually, I think that we’ve got a great platform advantage.”

Analysts point out that a big problem for Sympli is that it might not be able to rely on price competition to win new customers even when interoperability is introduced.

“The fees charged to use an e-conveyancing platform are paid by real estate buyers and sellers rather than the firms which choose and use the platform on their behalf,” said Morningstar analyst Gareth James.

“This means price-based competition is unlikely to impact the choice of platform.”

He also pointed out that Australia’s largest mortgage provider, the Commonwealth Bank, is PEXA’s second largest investor with a 24 per cent stake and unlikely to defect from its platform.

Ron Shamgar, head of Australian equities at TAMIM Asset Management, said market participants will want to ensure that they don’t have all their eggs in one basket but even he thinks PEXA’s dominance will be hard to crack.

“It has taken many years for PEXA to convert and penetrate and take 80 per cent share,” he said.

“I think it’s going to be one of those monopoly type businesses that funnily enough was created by the government. And now they’re trying they’re trying to create competition, but it’s just not going to happen.”

However, none of this fazes Sympli.

“We don’t see any reason why we can’t grow a significant portion of this market,” said Mr Joyce.

“We have a proposition that’s attractive, and competition is going to drive better outcomes,” he said.