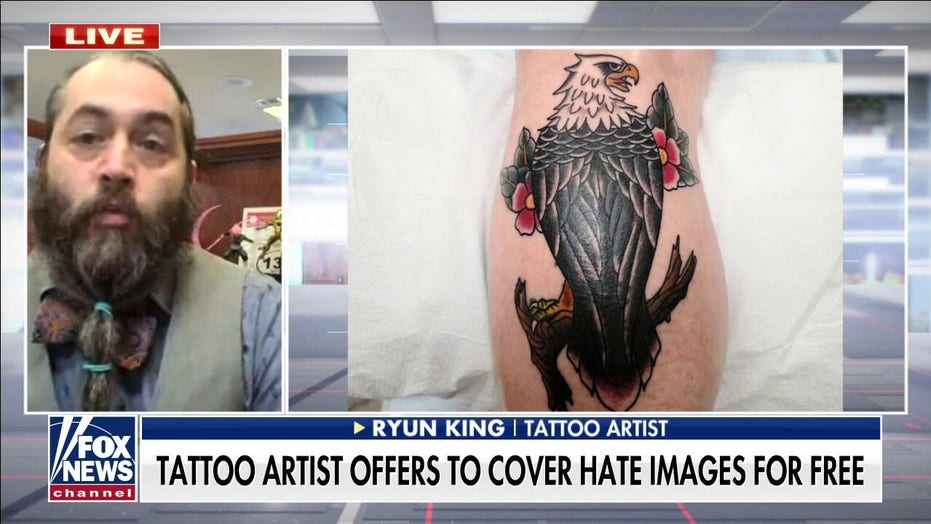 Kentucky tattoo artist Ryun King started the ‘Cover the Hate’ campaign last year and now has a waitlist from around the world.

A Kentucky-based tattoo artist is offering to cover up tattoos that depict images of hate, free of charge and with no questions asked.

Ryun King started a campaign known as “Cover the Hate” during the coronavirus pandemic in 2020 and now a year later has a waitlist lasting 10 to 20 years and comprised of people from around the world.

During an appearance on “America’s Newsroom,” King said that recent mass protests against racial inequality inspired his business to cover up any racial imagery for free.

King said that clients often breathe an “overwhelming sigh of relief” after having their tattoos covered up, which frequently depicted blatant racist symbols such as swastikas, SS bolts, and the words “white power.”

“You can see that the hate’s been gone from them for years, but it’s finally gone from their body and they can move past it,” King said.

He added that his customers are comprised of mostly people that made young, dumb “mistakes” embarrassed to show their tattoos off around friends and family, or people in prison who got them as a means to fit in and “survive.”

The Kentucky-based tattoo artist encouraged other businesses to “join the fight” and says multiple tattoo artists, including 10 other parlors, are involved in the initiative.