Ted Cruz: Calling on DOJ to open investigation into Twitter

Sen. Ted Cruz on Friday called for a criminal investigation into Twitter, accusing the company of violating U.S. sanctions against Iran.

In a letter to the Justice and Treasury departments, Cruz, R-Texas, asked both agencies to investigate the social media platform after it did not shut down the accounts of Iran’s supreme leader, Ali Khamenei, and Iran’s foreign minister, Javad Zarif. Cruz had sent a letter to the social media giant in February requesting that it comply with U.S. law and stop providing services to the accounts.

"Twitter sent a letter back saying their company policy was to allow as much discussion as possible, and they apparently believe they are exempt from the criminal laws of this country," Cruz told “Varney & Co.” on Friday. “So today, I asked the Department of Justice to open an investigation. Those sanction laws are designed to stop U.S. companies from facilitating Iranian terror."

“Big Tech, the Silicon Valley billionaires, have an arrogance that they don’t believe the laws apply to them. They believe that they are the new kings of the universe,” Cruz added.

The senator’s letter comes as the company began flagging President Trump's tweets, including one on Friday about the violent protests in Minneapolis that the company said violated its rules about “glorifying violence.” Twitter also put a fact-check label on a tweet from the president earlier this week regarding mail-in ballots. The labels have sparked debate about how much power social media should have over what their users post. 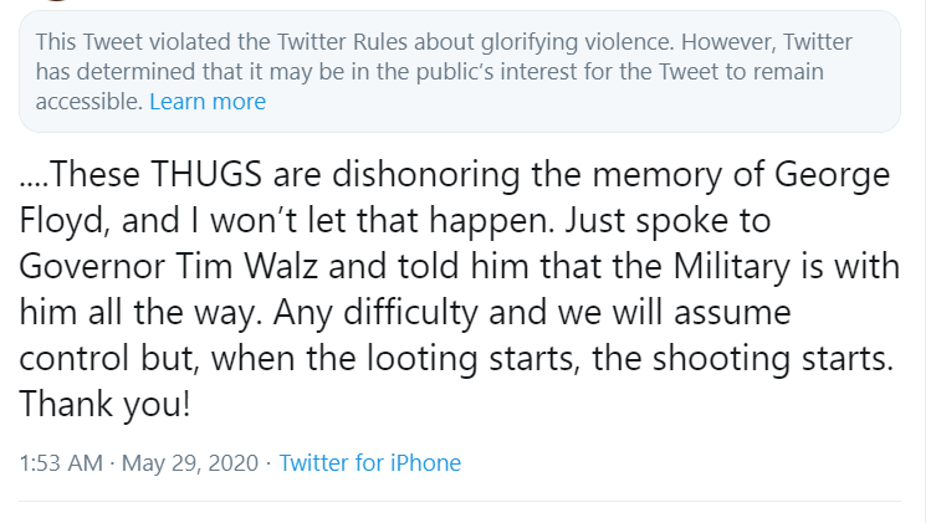 "The irony of this, is at the same time that Twitter – that [Twitter CEO] Jack Dorsey – is publishing worldwide the anti-Semitic threats of violence from the Ayatollah Khamenei, Jack Dorsey is also trying to censor the president of the United States," he said.

“I think Big Tech needs to get the hell out of the censorship business, in terms of Americans,” the senator said. “The First Amendment protects American speech, and Twitter has no business deciding which politicians they like and which they don’t.”