The message was supposed to be simple. Following a major scandal that read like something straight out of a spy thriller, Switzerland's second biggest bank Credit Suisse was back to managing money for the world's wealthy. But as chief executive Thomas Gottstein was relaying this message at a financial conference in Zurich last week, an unwelcome announcement came from Switzerland's financial regulator. The watchdog had ramped up its probe into the bank over the espionage affair by launching enforcement proceedings. A year after an employee was chased through the streets of Zurich by detectives, the saga has refused to go away. 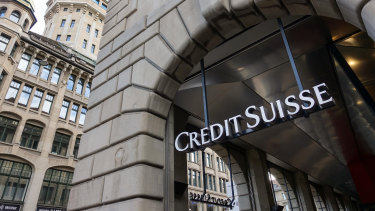 Switzerland’s financial regulator has ramped up its probe into the bank over the espionage affair by launching enforcement proceedings.Credit:Bloomberg

The continued attention on Credit Suisse's espionage scandal is an unwelcome distraction for a business pushing to maintain its leading position in the secretive world of managing billionaires' money, where discretion is everything.

Swiss regulator Finma will now dig deeper into two spying incidents that have engulfed the banking world, searching for potential violations and aiming to find out how Credit Suisse documented these episodes. But questions will remain unanswered for several months – last year the average length of time it took for the watchdog's enforcement proceedings to close was just under 11 months.

Despite former chief Tidjane Thiam resigning this year and the bank conducting an internal investigation to get to the bottom of things (the results were never published in full), the debacle is still some way from blowing over.

Some think that a British banker who had to deal with one of the sector's worst IT meltdowns in recent history could have the answers. One senior adviser said the bank's board appointment of TSB chairman Richard Meddings in April is "excellent for them in trying to move on from this" given his experience of crisis. He was the finance chief at Standard Chartered during the financial crash, served on the board of Deutsche Bank when it paid more than $US7 billion ($9.6 billion) to settle US allegations of mis-selling toxic mortgages and became chairman of TSB just months before it was hit with an IT glitch that lasted weeks and left almost two million people without access to their bank account and 1300 losing money through fraud attacks (370 former customers were also wrongly told that they had died). 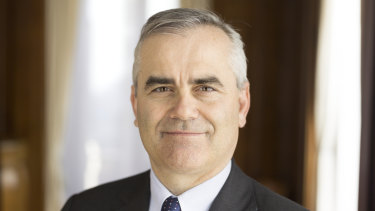 The headache will not go away for Credit Suisse chief executive Thomas Gottstein.Credit:AP

Furious MPs renamed TSB the "Truly Shambolic Bank" after the fiasco, but Meddings pushed on.

"It's not whether you get knocked down, it's whether you get up," he told this paper, quoting legendary American football coach Vince Lombardi, as he tried to rebuild faith in the challenger bank.

Picking itself back up and restoring confidence is exactly what Credit Suisse's investors will have hoped it would have done by now. The spying scandal has not only been deeply embarrassing for the bank but has raised wider questions about governance and a toxic culture where it looks as though staff have to watch their back and where the board seems to have lost control. Bosses including Thiam were cleared of having any knowledge of the botched spy operation following an internal probe which pinned the blame on Thiam's key lieutenant, former operating chief Pierre-Olivier Bouée, who quit last year after an internal investigation concluded that he issued the surveillance in order to protect the interests of the bank without the board's knowledge.

The bank insisted the initial spying case which took place last September was an unusual one-off incident. However the crisis escalated months later when it was forced to admit that another senior executive was spied on.

The drama first erupted a year ago when Credit Suisse's wealth management boss Iqbal Khan, who had recently resigned, noticed that he was being followed while going out for dinner in Zurich with his wife. The lengths gone to check-up on its star banker after he quit for arch-rival UBS, keeping watch to make sure he didn't try and lure over any clients or staff (there was never any evidence that he did), underlines just how competitive the Swiss banking market is.

In a further twist he also happened to be Thiam's neighbour and the pair had fallen out months earlier in a row over some trees. The relationship between the neighbours had soured to the point that Khan, who helped boost profits in the bank's wealth arm by 80 per cent, called it quits.

Soon after the Khan affair the bank's reputation was damaged even further. The bank had insisted that Khan's experience was an isolated one, but three months later it was forced to admit that its ex-human resources chief Peter Goerke was also followed by private eyes for several days.