(CNN)General Motors announced Wednesday that it has increased its planned spending on electric vehicles to $35 billion by 2025.

That represents a 75% increase since March, 2020. At that time, GM had said it would spend $20 billion on electric vehicles in that timeframe — an amount that was later increased to $27 billion, and has now been increased again. 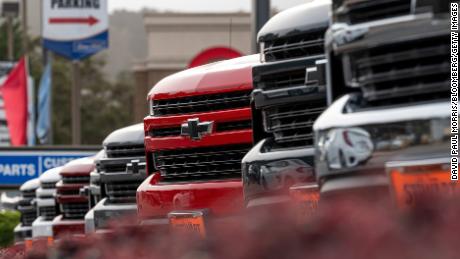 GM had also previously announced that it hoped to produce nothing but zero-emission vehicles, including electric and hydrogen fuel-cell vehicles, by 2035.

With this new funding announcement, GM also said it will add fully electric commercial trucks to its future vehicle plans as well. The automaker will also add more manufacturing capacity for electric SUVs. This is in addition to GM’s recently remodeled Factory Zero, near the automaker’s Detroit headquarters, and changes to its Spring Hill, Tennessee, factory, as well as additional investments in a number of other factories so it can make electric cars.

The automaker also announced it will boost production of battery cells in the US and will speed up plans to build two new battery plants. This is in addition to battery plants already under construction in Tennessee and Ohio.

“GM is targeting annual global EV sales of more than 1 million by 2025,” GM chairperson and CEO Mary Barra said in a statement, “and we are increasing our investment to scale faster because we see momentum building in the United States for electrification, along with customer demand for our product portfolio.”
Barra credited GM’s strong recent financial performance for allowing the increased investment. GM has said it expects to deliver better-than-expected results in the second quarter of 2021. And CNN Business has also reported that the automaker is about to complete the most profitable 12 months in its 112-year history.
The company is also working to increase applications for its hydrogen fuel cell technology, in which hydrogen gas is used to create electricity inside a vehicle rather than relying on batteries. GM recently announced it will supply fuel cells to Wabtec Corp., a company that is developing a battery-powered locomotive. GM will also supply fuel cells to Navistar, which is developing hydrogen-powered trucks and Liebherr-Aerospace for use as auxiliary power units for passenger jets. 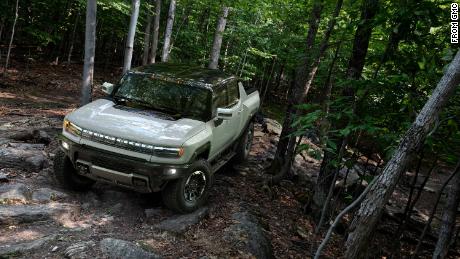 The only electric vehicles GM currently offers in the US are the Chevrolet Bolt EV and the closely related Bolt EUV. Among GM’s offerings in China is the very tiny Wuling Hong Guang Mini EV, which is the best-selling electric car in that country, the world’s biggest market for electric cars.