A remarkable, high-profile and high-stakes proxy fight in the US could see the board of what was once the world’s most valuable company radically overhauled by a hedge fund with only about 0.02 per cent of its capital, which would send a message about shareholder activism reverberating loudly throughout the global energy sector and beyond.

The activist hedge fund, Engine No.1 – formed only in November last year by a long-time but low-profile tech investor – is attempting to have four of its nominees appointed to the board of Exxon at the oil giant’s annual meeting this week. 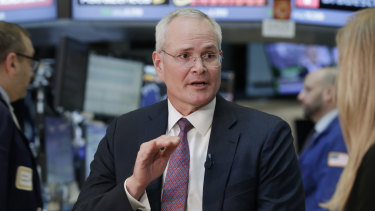 What might appear quixotic is, however, a deadly serious threat to the incumbent board and its view of the future of the company and its industry.

Some of the most powerful investors and proxy advisers on the planet have lined up in support of Engine No.1, which is pressuring Exxon to adopt a more aggressive response to global decarbonising.

Calpers and Calstrs, the two big Californian pension funds, along with the New York Common Retirement Fund (the third-largest public pension fund in the US), Legal & General (the UK’s biggest investment institution) and the Church of England were among the early backers of the assault on the board.

Reuters has reported that BlackRock, the world’s largest investment manager, joined the push this week. With Vanguard and State Street which haven’t disclosed their intentions but which have strong climate change policies, the three big fund managers hold about 21 per cent of Exxon’s capital.

Influential proxy advisers Institutional Shareholder Services and Glass Lewis have recommended their clients support some of Engine No.1’s nominees, with ISS advocating three of the four be elected and Glass Lewis two.

Exxon is taking the threat of board upheaval very seriously.

It has been reported to have spent more than $US35 million ($45.1 million) in its defence (Engine No.1 is said to have spent $US30 million), has announced new directors of its own, foreshadowed the appointment of two more (one with “climate experience”), begun reporting its “Scope 3″ emissions, created a low-carbon business unit and suggested it might develop a $US100 billion carbon capture and storage facility in Texas.

It is, however, acutely vulnerable because, separate to its increasingly-isolated views on the future of the oil and gas industry – it believes it can reduce emissions while increasing its oil and gas production – is its woeful financial performance.

Engine No. 1’s tilt at Exxon has shown how a fund with no history in the energy sector can, by organising candidates who do have the requisite credentials unsettle and perhaps even unseat the board of one of the world’s most powerful companies.

Much of that wasn’t Woods’ fault. Under former CEO, Rex Tillerson (the first US secretary of state in the Trump administration who was fired by Trump after a year in the position) Exxon had gone on a massive spending spree, investing more than $US250 billion on shale oil and gas and Canadian oil sands, among other assets.

It paid more than $US30 billion to expand its shale interests when it acquired XTO Energy in 2010 which, with the oil sands assets, was among the $US19 billion of writedowns Woods announced last year.

That adds a powerful financial strand to the broader contest over Exxon’s response to climate change, which is occurring in the context of the broader push by legislators, regulators , financial institutions and activists for companies to develop, adopt and disclose carbon emissions reduction strategies.

Exxon’s cause isn’t helped by the adoption by some of its peers of the “net zero by 2050” target that has emerged as a developed world consensus. BP and Shell (where almost 90 per cent of shareholders ratified a non-binding resolution committing it to that target last week) are investing heavily in renewables. BP has said it will shrink its oil and gas production 40 per cent by 2030.

Last week’s shock International Energy Agency report, which said no new coal, oil or gas projects should be developed if the world was to reach the goal of net zero emissions by 2050 adds to the pressure on Exxon and undermines Woods’ position that the world needs more oil production and that Exxon can reduce its own emissions while still increasing production.

There have been other attempts by activists, some successful, to force energy companies to adopt policies that would reduce their emissions. Earlier this month nearly 60 per cent of ConocoPhilips shareholders voted in favour of a resolution along those lines (even though the company has already committed to net zero emissions from its own operations by 2050). 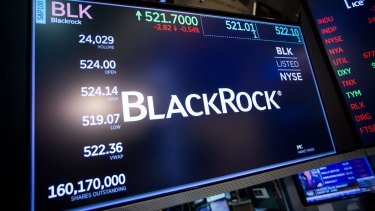 BlackRock, the world’s biggest money manager, is among those rumoured to be supporting the push.Credit:Bloomberg

A successful tilt at Exxon, however, would resonate loudly – and encourage more activism – given its history and its industry leadership.

Climate change has shifted rapidly from an issue largely associated with environmental activists to a mainstream strategic challenge for companies, most particularly those engaged in fossil fuel production.

Whether it’s legislators, regulators, their banks, shareholders, communities or their own self-interest, companies can’t ignore the need to develop strategies to address and manage the risks of the potential for a low-carbon future, articulate them, explain how they might impact financial performance and provide some sense of what their company might look like in a net zero emissions environment.

Engine No.1’s tilt at Exxon has shown how a fund with no history in the energy sector can, by organising candidates who do have the requisite credentials – Engine No.1 recruited nominees with extensive industry experience and strong credentials – unsettle and perhaps even unseat the board of one of the world’s most powerful companies.

If it succeeds, it will make a lot of company directors aware that they, too, could soon be similarly targeted unless they are proactive and take the threat of environmental activism very seriously.

Exxon was initially dismissive of Engine No.1’s ambitions. Heading into its AGM, that is definitely no longer the case.