The long-standing feud between Mark Zuckerberg and Tim Cook appears to be raging on.

While it's a direct critique of Apple's business, it's hardly the first time Facebook and Apple have been at odds. Cook and Zuckerberg have been feuding since at least 2014, trading barbs over each other's products and business models.

Here's when their grudge began, and everything that's happened since.

The feud between Zuckerberg and Cook became public in 2014, when Cook lambasted Facebook's business model. 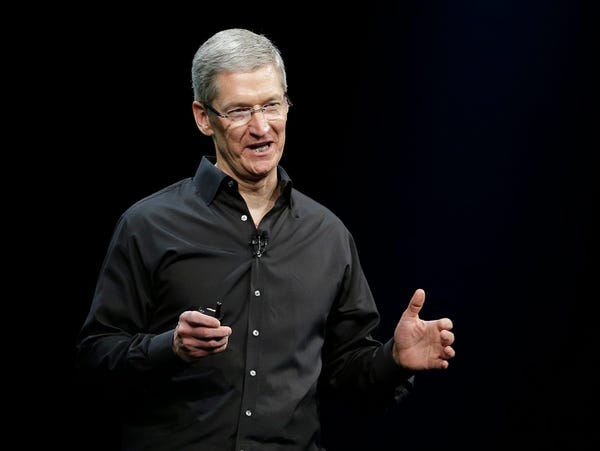 In September 2014, Cook gave an in-depth interview with Charlie Rose that touched on a range of topics, including privacy.

During the interview — which took place in the weeks following the infamous leaks of multiple female celebrities' nude photos stored on their iCloud accounts — Cook espoused Apple's commitment to privacy while denouncing the business models of companies like Google and Facebook.

"I think everyone has to ask, how do companies make their money? Follow the money," Cook said. "And if they're making money mainly by collecting gobs of personal data, I think you have a right to be worried. And you should really understand what's happening to that data."

Shortly after, Cook reiterated his stance in an open letter on Apple's dedicated privacy site.

"A few years ago, users of Internet services began to realize that when an online service is free, you're not the customer. You're the product," Cook wrote.

Cook's comments rankled Zuckerberg, who called the claims "ridiculous" and blasted Apple products as being expensive. 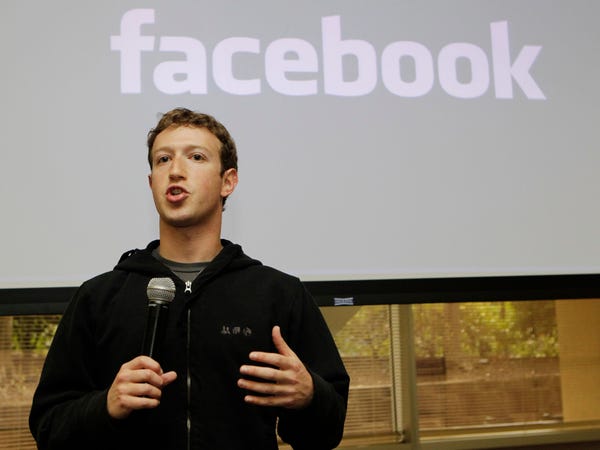 In an interview with Time later that year, Zuckerberg was reportedly visibly irritated by Cook's assertions.

"A frustration I have is that a lot of people increasingly seem to equate an advertising business model with somehow being out of alignment with your customers," Zuckerberg told Time's Lev Grossman. "I think it's the most ridiculous concept. What, you think because you're paying Apple that you're somehow in alignment with them? If you were in alignment with them, then they'd make their products a lot cheaper!"

Their squabble came to a head following the Cambridge Analytica scandal when Cook criticized Facebook's actions. 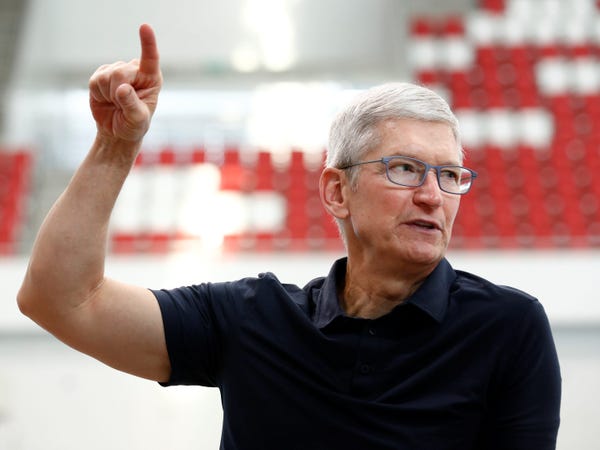 During an interview with Recode's Kara Swisher and MSNBC's Chris Hayes in the months following, Cook was asked what he would do if he was in Zuckerberg's shoes

Cook responded: "What would I do? I wouldn't be in this situation."

Cook said that Facebook should have regulated itself when it came to user data, but that "I think we're beyond that here." He also doubled down on his stance that Facebook considers its users its product.

"The truth is, we could make a ton of money if we monetized our customer — if our customer was our product," Cook said. "We've elected not to do that." 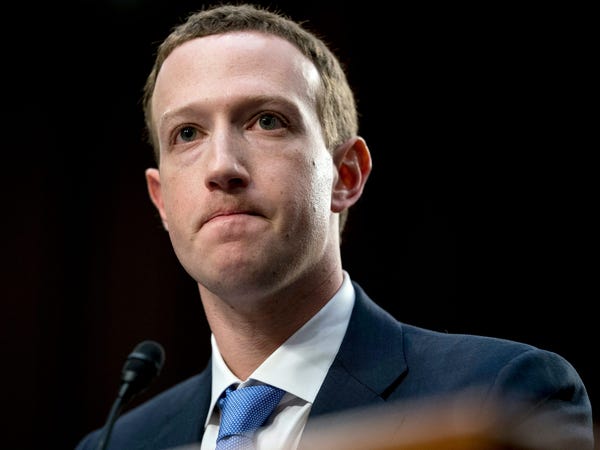 "You know, I find that argument, that if you're not paying that somehow we can't care about you, to be extremely glib. And not at all aligned with the truth," Zuckerberg said during an interview on The Ezra Klein Show podcast.

He refuted the idea that Facebook isn't focused on serving people and once again criticized the premium Apple places on its products.

"I think it's important that we don't all get Stockholm Syndrome and let the companies that work hard to charge you more convince you that they actually care more about you," he said. "Because that sounds ridiculous to me."

Privately, Zuckerberg was reportedly outraged by Cook's remarks — so much so that he ordered his employees to switch to Android devices. 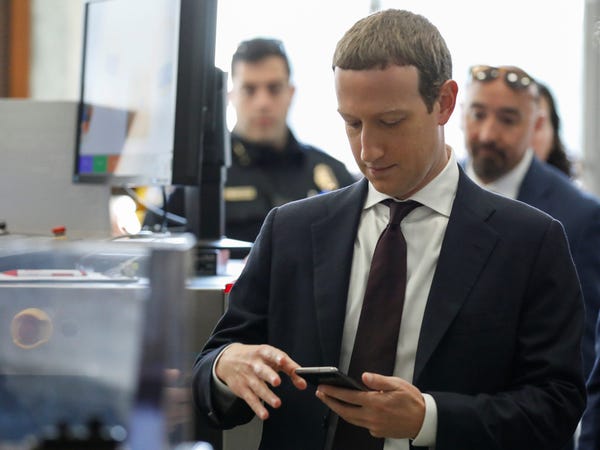 In November 2018, The New York Times published a blockbuster report detailing the fallout from the Cambridge Analytica scandal. The Times reported that Cook's comments had "infuriated" Zuckerberg, who ordered employees on his management team who used iPhones to switch to Android.

Soon after the report published, Facebook wrote a blog post refuting some of the reporting by The Times — but not the Zuckerberg-Cook feud.

"Tim Cook has consistently criticized our business model and Mark has been equally clear he disagrees. So there's been no need to employ anyone else to do this for us," Facebook wrote. "And we've long encouraged our employees and executives to use Android because it is the most popular operating system in the world."

In August 2020, Zuckerberg jumped in the fray as Apple faced criticism over its App Store policies. 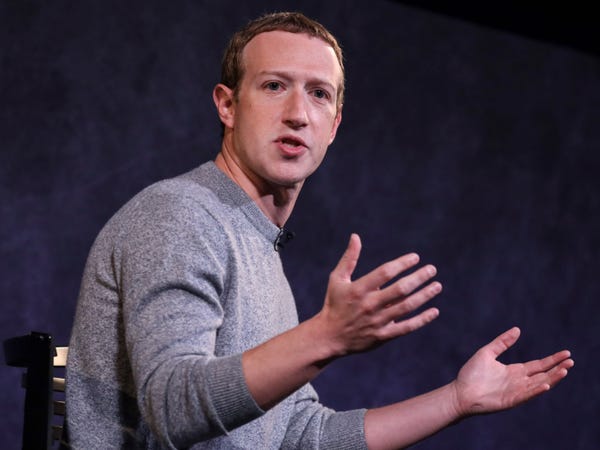 During a company-wide meeting, Zuckerberg openly criticized Apple, saying it has a "unique stranglehold as a gatekeeper on what gets on phones," according to a report from BuzzFeed News.

Apple has been facing antitrust scrutiny from Congress and has been strongly criticized by developers — most notably "Fortnite" creator Epic Games — for the 30% fee it takes from App Store purchases. Apple recently blocked an update to Facebook's iOS app that would have informed users about the fee Apple charges. 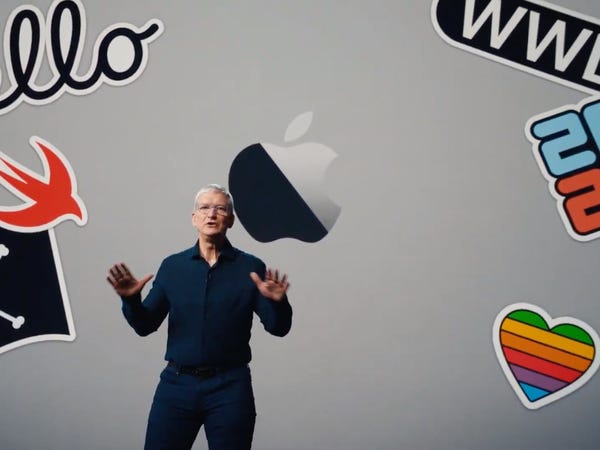 In the latest version if Apple's smartphone operating system, iOS, iPhone app developers will need to ask permission from users in order to collect and track their data. While this will affect any company who makes iOS apps, it will have a direct impact on Facebook's advertising business: It uses data tracking to dictate which ads are served to users.

In an August blog post, Facebook said it may be forced to shut down Audience Network for iOS, a tool that personalizes ads in third-party apps.

"This is not a change we want to make, but unfortunately Apple's updates to iOS 14 have forced this decision," Facebook said.

The complaints from Facebook and other developers led Apple to delay the new privacy tools until next year, saying it wanted to "give developers the time they need to make the necessary changes."

Most recently, Facebook escalated the feud to a full-page ad in The New York Times, Washington Post, and Wall Street Journal.

In the new ads, Facebook is arguing that the changes will hurt small businesses who advertise on Facebook's platform.

"Without personalized ads, Facebook data shows that the average small business advertiser stands to see a cut of over 60% in their sales for every dollar they spend," the ad reads, which was posted by Twitter user Dave Stangis.

Apple hit back, telling Business Insider's Isobel Asher Hamilton that it was "standing up for our users."

"Users should know when their data is being collected and shared across other apps and websites — and they should have the choice to allow that or not," an Apple spokesperson said.

Facebook now may join forces with Epic Games, the company behind "Fortnite," in its legal battle with Apple. 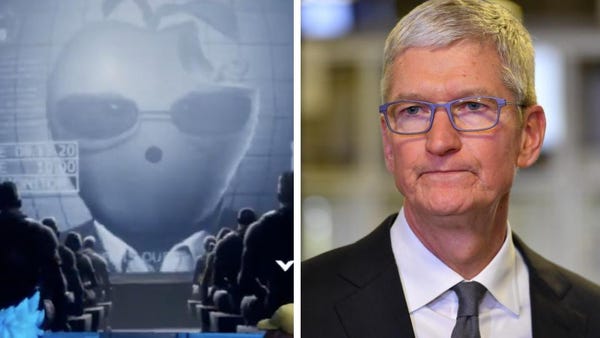 Epic Games is heading to trial with Apple next year over its suit claiming that Apple's engages in anti-competitive behavior.

While Facebook isn't joining the lawsuit, it is planning to help Epic with discovery for the trial.