New York (CNN Business)NBC’s cancellation of next year’s Golden Globes — historically one of the major events on Hollywood’s months-long awards calendar — marks a potential turning point in a long-simmering debate about the show’s relevance.

The organization behind the Globes, the Hollywood Foreign Press Association, has faced questions through the years about its practices. Now, recent reporting about the group’s lack of any Black members and its failure to adequately address the issue has prompted NBC to drop next year’s telecast.
The real question for the Globes, which are coming off historically low ratings, is not whether the show will come back to NBC. It’s whether the Globes will return at all.

NBC announced Monday that it would not carry the show in 2022 in response to controversy around a lack of diversity and ethical questions related to financial benefits given to some members of the Hollywood Foreign Press Association, the nonprofit behind the Globes.

The decision to pull the plug came after major companies, including Netflix (NFLX) and WarnerMedia, CNN’s parent company, announced that they would not participate in any Globes-related events because of the allegations. Tom Cruise even returned his awards on Monday.

The Globes aren’t the only awards losing audiences. The Oscars, Grammys and Emmys all hit record low viewerships this year. It’s been so bad that the Oscars — once one of the most-watched events on the TV calendar — lost roughly 60% of its audience from last year. 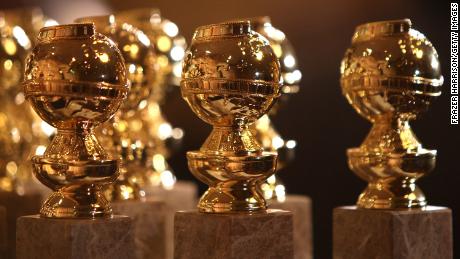 However, the Globes’ issues are unique. The Grammys and Emmys had their audience fall off a cliff, but they are the two most significant awards for their respective categories (music and TV). The Globes aren’t.
Despite the show’s “anything can happen” nature, the Globes are widely perceived as a run-up to the Oscars. Winning a Golden Globe is no small thing in Hollywood, but an Oscar or an Emmy is the bigger goal.
This year’s Golden Globes show, hosted by Tina Fey and Amy Poehler, was watched by 6.9 million, the lowest rating since the program moved to NBC in the 1990s. The network also pays a substantial license fee for the right to broadcast the ceremony.
Reporting by the Los Angeles Times found that the HFPA has no Black members. Other investigations by the newspaper raised questions about benefits received in the form of junkets, and compensation for serving in various capacities within the organization.
Controversy is nothing new for the Globes, which were dropped by CBS in the 1980s. Other award shows such as the Oscars have also had their fair share of backlash (#OscarsSoWhite being the most prominent example), but the Oscars and its organization has attempted to deal with their issues by becoming more inclusive in their membership. 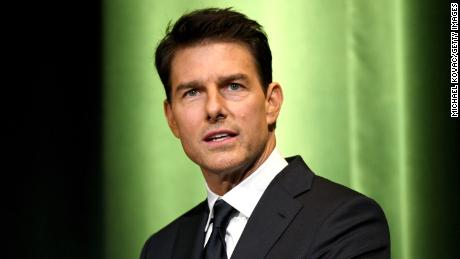 Some critics have suggested doing away with the HFPA entirely and starting fresh, with a new organization. The HFPA responded to losing NBC next year by issuing a timeline regarding reforms and goals, according to The Hollywood Reporter.
“Regardless of the next air date of the Golden Globes, implementing transformational changes as quickly — and as thoughtfully — as possible remains the top priority for our organization,” the group said in a statement on Monday.
The Globes have survived in large part because they serve a purpose for the movie and TV industry, functioning as an advertisement for its product. The cloud over its future comes when the industry needs to sell itself to get audiences to return to theaters.

Steven Zeitchik, an entertainment business reporter at the Washington Post, pointed out that the loss of the Globes — which splits its best picture honors into drama and musical/comedy categories — “could not have come at a worse time for studios and even fans.”
“With ‘Dear Evan Hansen,’ ‘In The Heights’ and ‘West Side Story,’ this is shaping up to be the biggest year for movie musicals in decades,” Zeitchik tweeted on Monday.
Source: Read Full Article