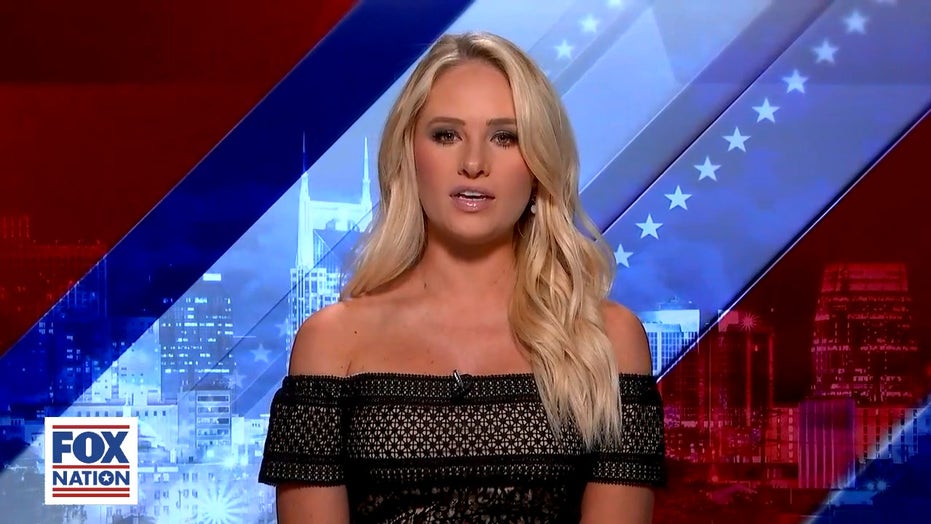 Fox Nation host Tomi Lahren blasted United Airlines' twisted definition of "health and safety" Monday after a flight attendant forced a two-year-old child and her family off a flight because the toddler refused to keep her face mask on.

"You've got to be freaking kidding me, United Airlines," Lahren said on Monday's episode of Fox Nation's "Final Thoughts."

"That’s how you treat your customers? That’s your definition of health and safety? A toddler, a little girl, is not only forced to wear a mask, despite the fact the family was seated next to one another in a row, despite the fact her father was holding the mask over her face, despite the fact we know the COVID risk for children is low, you’re gonna humiliate this family and ban them from the airline indefinitely?"

Lahren was responding to a video filmed by Colorado mom Eliz Orban which showed a United crew member arguing with Orban's husband as he struggled to keep a mask on their young daughter on a flight from Colorado to New Jersey. The girl's father can be heard telling the crew member that he would hold the mask over his daughter’s face for the duration of the flight, but that he was unable to convince the squirming toddler to wear it.

The family was then asked to exit the plane by a crew member who cited "non-compliance" with the airline's coronavirus policies. The video had received more than 4.9 million views as of Monday afternoon.

United stood by their policy in a statement, writing that "the health and safety of our employees and customers is our highest priority, which is why we have a multi-layered set of policies, including mandating that everyone onboard two and older wears a mask."

"Does the flight attendant and airline really think they are truly, truly saving the world here? That that little girl, by not having a mask strapped to her ears, is gonna infect the whole plane and plague the nation?" she said.

"This mask enforcement has reached next level insane. I understand why airlines require masks right now. Strangers packed in close quarters. I get it. But any rational and reasonable person can see what happened to that family was wrong and in the interest of a power trip, not health and safety," the Fox Nation host went on.

"If United Airlines was so concerned about health and safety, why would they continue to sell middle seats?" she asked. "Oh, that’s right, that impacts their bottom line."

"I’ve said it before and I’ll say it again. If you want to live your life that way, in fear, that’s fine but the rest of us are ready to move forward. Enough of this. And enough of treating good and decent people like criminals and deviants for living our lives."

"Oh," she added, "and I can tell you another thing, I won’t be flying United Tyranny Airlines again."