Former President Donald Trump is seriously considering running for the White House again in 2024, and advisors are pushing him to drop former Vice President Mike Pence as his running mate if he does so, Bloomberg reported.

Three sources told Bloomberg that Pence likely won’t be on the ticket should Trump run again. 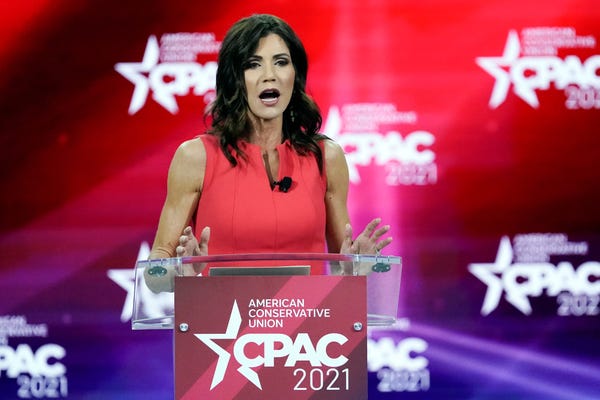 A person familiar with the matter told Bloomberg that they doubt Pence would run with Trump again, but that Pence hasn’t specified whether he’s interested or not. Trump teased a 2024 run at last week’s Conservative Political Action Conference.

But Trump advisor Jason Miller told Bloomberg that Trump “hasn’t made any decisions regarding a potential 2024 run” and contested that any conversations were happening about picking a new running mate.

Insider has contacted Trump’s office for comment on the Bloomberg report. Bloomberg said a Pence spokesperson did not respond to its request for comment.

Trump and Pence seemed to fall out near the end of their term, when the vice president refused to get behind the Trump’s plan to overturn the 2020 election result.

Trump lashed out at Pence on social media for not trying to block the certification of the election results on January 6, an act that Pence had no constitutional authority to do.

The pro-Trump mob that stormed the Capitol that same day also said they wanted to execute Pence, according to a photographer on the scene, and were seconds away from seeing Pence and his family. A total of five people died in that riot, but experts say it could have been worse.

Following the Capitol riot, it was reported that Trump and Pence were not on speaking terms, and that Pence was livid at Trump.

But Pence’s former chief of staff, Marc Short, downplayed the tension in an interview with CNN, saying Trump and Pence “talked several times before they departed” the White House, and that they left things “amicably.”

Pence himself has been heavily discussed as a potential 2024 GOP candidate, but still lags in popularity to Trump. A recent Harvard-Harris poll found that 42% of Republicans wanted Trump as their 2024 nominee, compared to 18% who preferred Pence.