(CNN Business)Instagram and Facebook have been hounding people for weeks to register to vote in the 2020 election with prominent information boxes. Snapchat tapped Barack Obama, Snoop Dogg and Arnold Schwarzenegger to promote voter registration on its app. Twitter sent all of its US users a timeline prompt on National Voter Registration Day to remind them to register or confirm that they’d already done so. YouTube is also encouraging voter registration.

It’s hard to escape calls to vote on social media, which has even sparked memes poking fun at the effort. One meme account on Instagram posted: “How do I click ‘I’ve been registered to vote since I was 18 please stop harassing me’ on all platforms.” 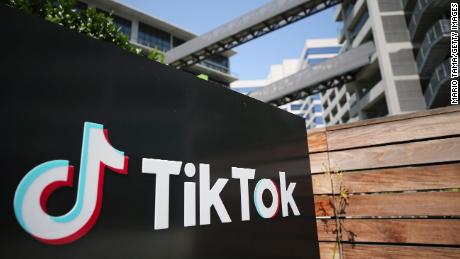 Now, TikTok is pushing the get-out-the-vote message, albeit late.

The short-form video app on Tuesday launched a US elections guide, including voter registration and election information from sources such as BallotReady and SignVote. TikTok will also link to its guide at the bottom of videos related to the elections or from verified political accounts.
The timing cuts it very close with registration deadlines for some states. TikTok will have less than a week to encourage voter registration for states that require people to register 30 days before Election Day.

The company’s voter registration efforts also come as TikTok has been locked in a heated battle with the Trump administration over its future in the United States.
After initially threatening to ban the app over national security concerns, President Trump gave his tentative blessing to an agreement involving TikTok parent company ByteDance, Oracle (ORCL) and Walmart (WMT). The deal has still not been finalized. On Sunday, a federal judge partially granted TikTok’s request for a temporary injunction against a push by the Trump administration to ban downloads of the TikTok app — just hours before the policy was set to take place.
The app, beloved by teens and 20-somethings, is known largely as an entertainment platform, with coordinated dance routines, comedy skits and other feel-good content. But its users haven’t shied away from politics. In June, TikTokers mobilized to reserve tickets for President Trump’s rally in Tulsa, Oklahoma — with no intention of attending. And TikTok creators like Sarah Cooper have gone viral for lip-synced videos parodying Trump. Republican and pro-Trump TikTokers have also found an audience and amassed millions of views.
Videos that include the hashtag “trump2020” have been viewed a whopping 11.1 billion times, while the hashtag “#biden2020” has garnered 2.4 billion views. (Still, that pales in comparison to TikTok’s bread-and-butter content: The hashtag “#funny” has been viewed 530 billion times, while “#dance” has 206 billion views.)

In honor of ##nationalvoterregistrationday tomorrow here’s some highlights of our ##TokTheVote Voter Registration Campaign! Register today, link in bio!

Facebook estimates that it’s helped 2.5 million people register so far this year across its namesake platform, Instagram and Messenger. Its goal is to register 4 million US voters.
Voter registration efforts were already starting to happen on TikTok independently. One campaign called “Tok the Vote” partnered with influencers to encourage users to register to vote through videos and links in bios. About 3,500 TikTokers have used the campaign’s tools to register, check their status or request an absentee ballot so far, according to Colton Hess, the founder of the campaign.
Last year, TikTok chose to ban political advertising. In an October 2019 blog post explaining the decision, the company said it wants to maintain the app’s “light-hearted and irreverent feeling that makes it such a fun place to spend time.”
Ricky Ray Butler, the CEO of influencer marketing firm BEN, said the majority of people on the app aren’t looking for political content. “People go to TikTok to be entertained and to have some sense of normalcy,” he said. “It’s probably risky for creators to get super political, and the audience is younger.” While TikTok doesn’t break down age demographics, one report said more than a third of TikTok’s US users may be 14 or younger.

Prior to Tuesday’s update, Austin Maguire, a 21-year-old TikToker with about 677,000 followers, said he’s had to actively search for voting-related videos on the app, and that he hasn’t seen much of it on his For You Page — the main place where people browse TikTok content, which is curated to their individual interests.
“For a lot of us that did make videos asking people to register to vote, they didn’t really perform as well as our other content,” he said. “A lot of it just gets lost in the app.”
Source: Read Full Article