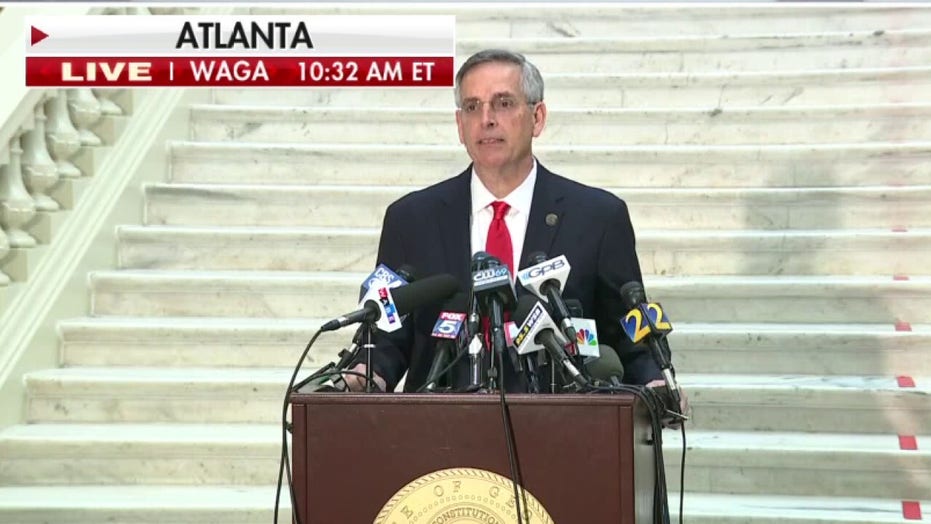 Georgia secretary of state signals there will be a recount

Georgia Secretary of State Brad Raffensperger hints the battleground state will recount its votes given the current razor-thin margin in the presidential race.

The Trump campaign tapped Republican Rep. Doug Collins on Sunday to head its recount efforts in Georgia as the president’s team ramps up their legal challenge of election results in several battleground states.

“Republicans stand by the ideal that every eligible voter should be able to vote legally and have it be counted,” Collins said. “During the coming recount, we are confident we will find evidence of improperly harvested ballots and other irregularities that will prove that President Trump won Georgia fairly again on his way to re-election as President. Georgians deserve a free and open process, and they will get one.”

Biden became president-elect on Saturday after he surpassed the 270 electoral vote threshold with victories in Pennsylvania and Nevada. However, the Fox News Decision Desk has still not projected a winner in Georgia, where Biden leads Trump by a razor-thin margin of about 10,000 votes.

Georgia Secretary of State Brad Raffensperger, a Republican, announced last Friday that a recount would likely take place due to the thin margin. Under state law, candidates can request a recount if the margin separating two candidates is 0.5% or less.

The recount will begin as soon as canvassing has ended, the campaign said in a press release. A Georgia state judge threw out a Trump campaign lawsuit last week that claimed late-arriving ballots were improperly added to Biden’s totals.

Trump officials have claimed to have evidence of voting irregularities in several states, but have presented few concrete examples to date.

Trump campaign general counsel Matt Morgan said the president’s legal team is “concerned about the lack of transparency in the tabulation process, especially given the reports of irregularities and improper ballot harvesting in Georgia.”