President Trump told Fox Business Thursday that China wants to "keep me happy" on trade, citing the benefits of a deal he struck with Beijing earlier this year and once again blaming the Communist nation for the COVID-19 pandemic.

In an interview with "Mornings With Maria" host Maria Bartiromo, the president noted that unprecedented economic strain under the pandemic was not American workers' fault.

"This was all done by China. And, we shouldn't be hurting our workers because China put the curse on," he remarked. "This was a horrible scourage, a horrible, horrible thing that they did."

"What is your take on where we are on that in terms of the Chinese Communist Party?" she asked. 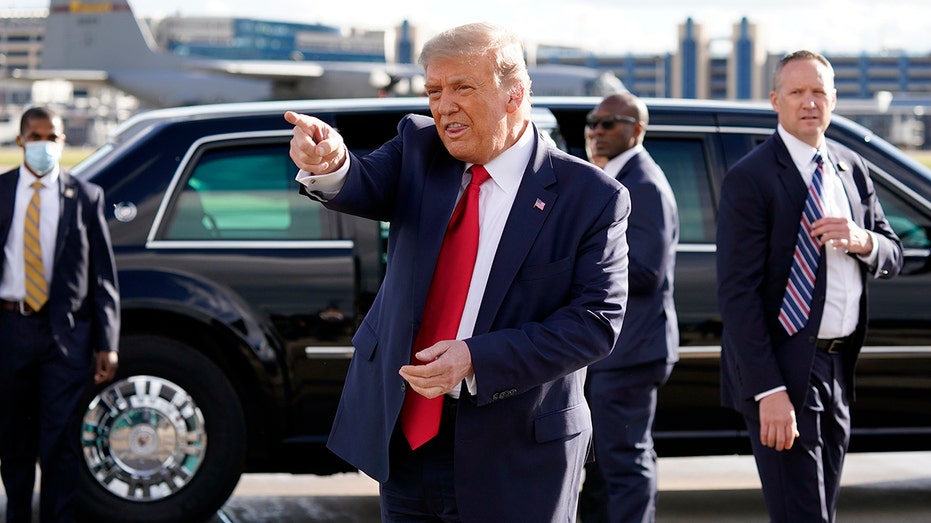 Prior to the pandemic, Trump said, the trade deficit was "coming way down with China for the first time in 30 years," attributing that to duties he imposed on Chinese imports to convince Beijing to negotiate on trade.

The U.S. Department of Agriculture approved $28 billion in market facilitation payments to American farmers to offset the negative effects of China's maneuvering, with about $19 billion paid out through the end of 2019 and the rest coming this year.

TRUMP SAYS HE WILL NOT PARTICIPATE IN VIRTUAL DEBATE: 'I'M NOT GOING TO WASTE MY TIME'

While farmers told NPR that government subsidies helped tremendously, many were still distressed by the loss of Chinese markets that had only recently opened to their crops.

Afterward, he said, "I went to the farmers. I said, 'Look, we've got to play a game with these people.'"

In a second term, the president said he would continue to use tariffs on the East Asian power player.

While American businesses –­­ from merchants to manufacturers and even growers –­­ have repeatedly pointed out that they pay the tariffs themselves when their goods arrive in U.S. ports, Trump maintains the levies are a boon to the U.S.

Fighting for a second term in the White House, Trump repeatedly claims the duties are paid by China and says the U.S. is still outstripping the country.

"Prior to this plague coming in — and still, by the way…China was doing lousy compared to us. We were upping them. We were getting bigger and bigger compared to them and we were doing great," he remarked, citing the initial trade pact he reached with Beijing earlier this year.

"It was modest, but it was still a massive deal," he said, and helped generate China's largest-ever orders of corn and soybeans two weeks ago.

"They want to keep me happy," Trump said. "Because they know that I'm a hair-trigger when it comes to them and I'm sick of them. Everything that we have –­­ we have that COVID, the China virus –­­ because of them. You look back at other infections that we've gotten because of them — this isn't the first time."