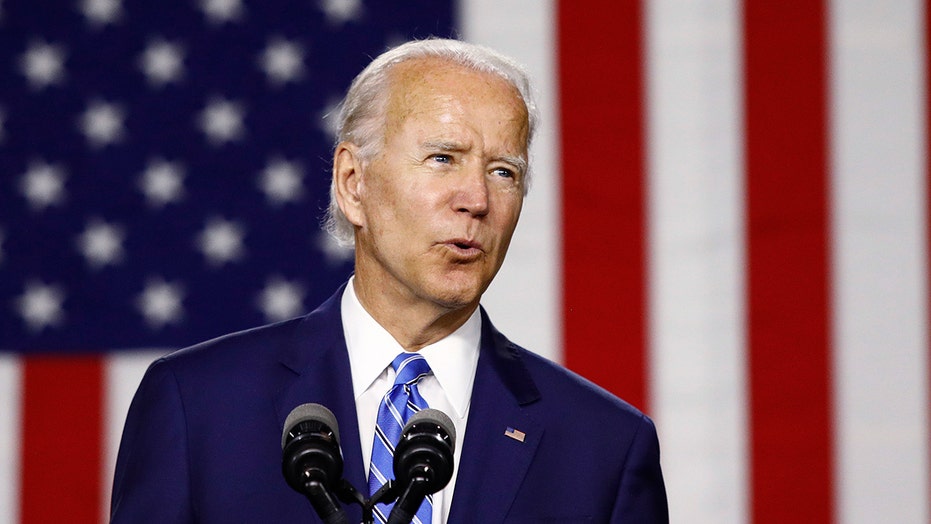 The president’s eldest son told ‘Fox &amp; Friends’ the mainstream media was trying to help the former vice president and the left by running him as a ‘moderate’ despite his progressive agenda

In an interview on "Fox & Friends," the younger Trump explained that Biden is no more than a "puppet of the left" and that the proof is in the pudding of the "Biden-Sanders joint unity communist manifesto plan."

"It’s really scary because they’re going to send America into the Dark Ages," he cautioned.

In a recent Fox News op-ed, the eldest Trump son wrote of a lawless future under the former vice president in which the radical left would sow chaos and division on American streets.

"So, the media is trying to do what they do best, which is shill for the Democrats by running Joe Biden as a moderate," he remarked. 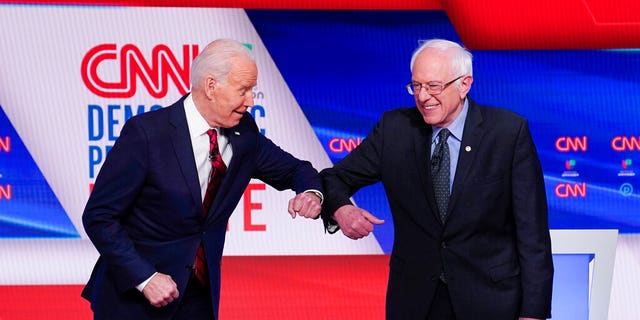 March 15, 2020: Former Vice President Joe Biden, left, and Sen. Bernie Sanders, I-Vt., right, greet one another before they participate in a Democratic presidential primary debate at CNN Studios in Washington. Sanders said Tuesday that it would be “irresponsible” for his loyalists not to support Joe Biden, warning that progressives who “sit on their hands” in the months ahead would simply enable President Donald Trump’s reelection (AP Photo/Evan Vucci)

"It’s by far the most radical agenda in modern history. It's not even questioned. It's on his website," he said. "But, the media’s going to try to get him the best of both worlds.

"They’re going to try to run him as a moderate to people who may be watching this station and others. And then, they’re going to let him run as a radical to those who have lost their minds in America," Trump Jr. continued. 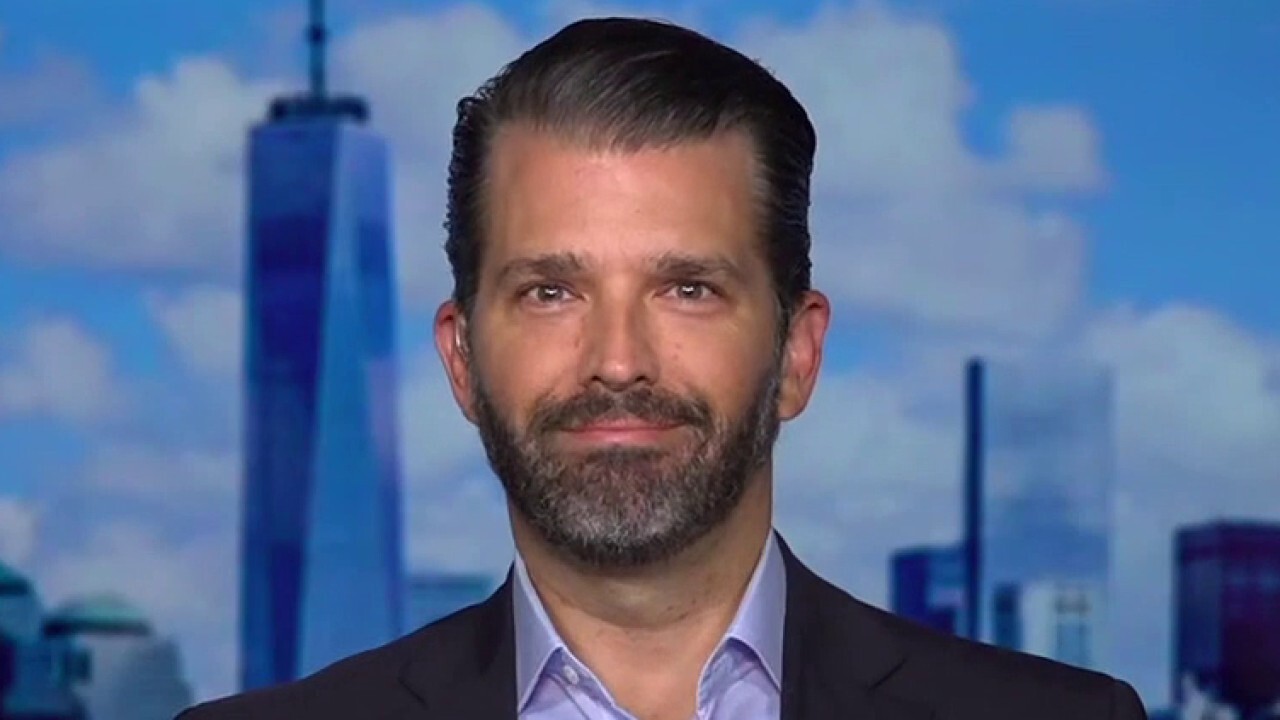 The "reality," according to the president's son, is that his father's opponent has not come out against the "defund the police" rhetoric, is for the integration of suburbs and big cities, is in favor of free health care for illegal immigrants, and for free housing for "criminals coming out of prison."

"The list goes on and on," he exclaimed. "It's insanity.

"But again, the media will do what the Big Tech companies are trying to do. They will try to cover. They will try to shave off some of the message so it's not getting out there. So, it doesn't have the same efficacy when it gets to the people," Trump Jr. asserted.

"And, they are all in this together working for the Democrats," he concluded. "It's not even pretend anymore. They’re just doing it."