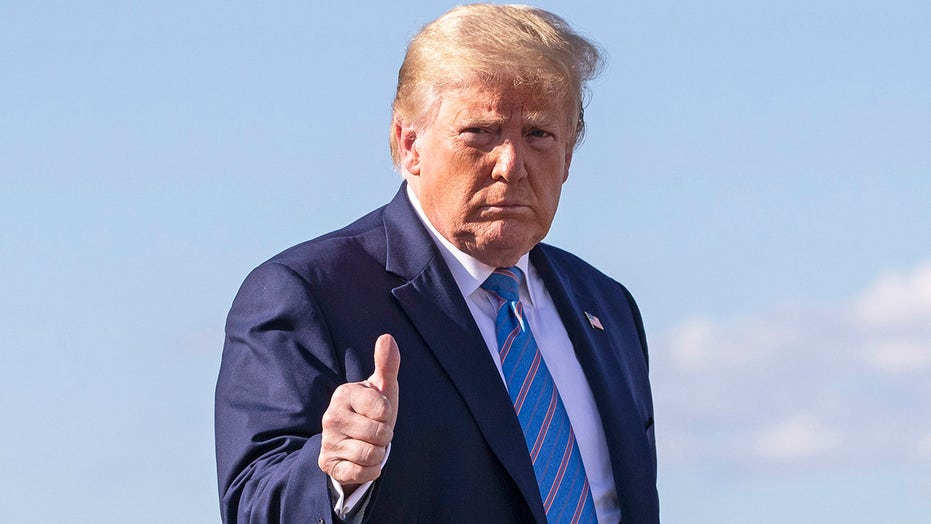 President Trump plans to hold his first in-person event at the White House on Saturday since getting coronavirus, Fox News has confirmed.

It comes a day after White House physician Dr. Sean Conley sent out a memorandum on Thursday stating that Trump will be able to return to public engagements this weekend.

The event on "law and order" will be held at the White House South Lawn, White House sources familiar said. The gathering will be held in conjunction with a previously planned event with conservative activist Candace Owens' group "Blexit," which urges black voters to leave the Democrat Party, ABC News reported.

Noting that it will be ten days since Trump was first diagnosed with the novel coronavirus, Conley anticipated that Trump can return to his usual schedule by Saturday.

"Today the President has completed his course of therapy for COVID-19 as prescribed by his team of physicians," Conley said in his memo.

"Saturday will be day 10 since Thursday's diagnosis, and based on the trajectory of advanced diagnostics the team has been conducting, I fully anticipate the President's safe return to public engagements at that time," he added.

"Based on the trajectory of advanced diagnostics the team has been conducting," Conley continued, "I fully anticipate the president's safe return to public engagements at that time."

The Centers for Disease Control says people “with mild to moderate COVID-19 remain infectious no longer than 10 days after symptom onset. People with more severe symptoms can remain infectious for longer, it says.

Former counselor to the president Kellyanne Conway has also tested positive and former New Jersey Gov. Chris Christie, who participated in debate prep with the president recently, did too and was admitted to the hospital over the weekend.

More than 30 staffers, allies of the administration, senators and journalists have now tested positive for COVID-19. Many of them attended a Rose Garden ceremony to announce Judge Amy Coney Barrett's nomination to the Supreme Court last Saturday.