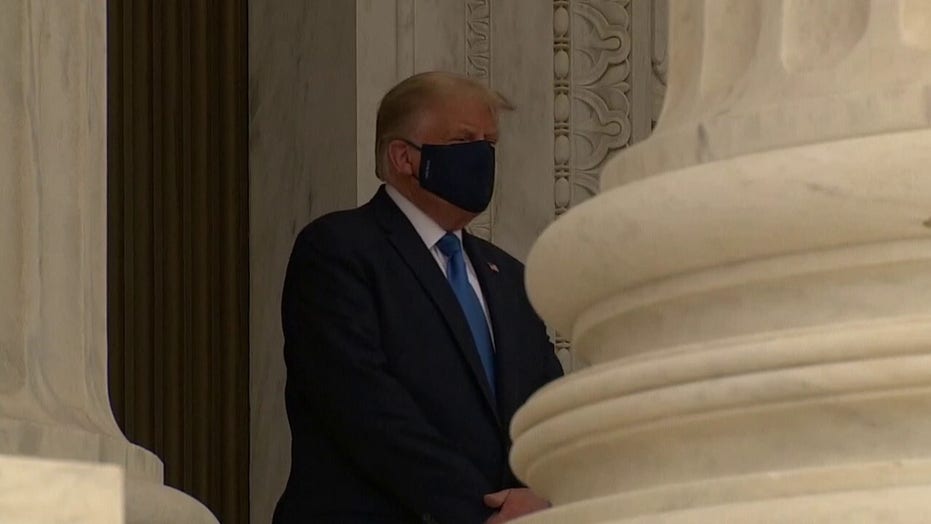 Audible boos and jeers could be heard from protesters as the president and first lady made their way to the Supreme Court. Some could be heard shouting, "vote him out," and "honor her wish," referring to how Ginsburg reportedly said she wanted a nomination for the next justice to be held until after next year's inauguration.

Trump has been respectful of Ginsburg, intentionally holding off on announcing his nomination until after memorial ceremonies have concluded. He also offered words of praise for the liberal icon upon her passing. 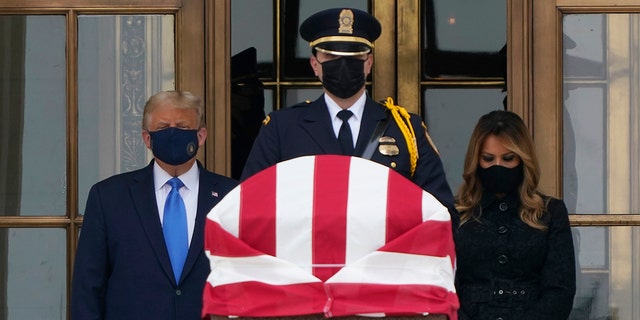 "Today, our nation mourns the loss of a titan of the law," Trump said in a statement Friday after learning of Ginsburg's death. "Renowned for her brilliant mind and her powerful dissents at the Supreme Court, Justice Ginsburg demonstrated that one can disagree without being disagreeable toward one’s colleagues or different points of view."

This is the second day that Ginsburg's casket has been at the high court for the public to pay their respects, following a private ceremony Wednesday morning. Ginsburg was greeted at the court building by her fellow justices as well as former law clerks.

Chief Justice John Roberts spoke at the ceremony, which was led by Rabbi Lauren Holtzblatt, whose husband, Ari Holtzblatt, clerked for Ginsburg in 2014.

After lying in repose at the Supreme Court Wednesday and Thursday, Ginsburg's casket will be transported to the National Statuary Hall of the United States Capitol, where she will lie in state on Friday. A ceremony will be held that morning, but only invited guests will be permitted to attend due to concerns over the coronavirus pandemic.