Captured from a research boat off the coast of Tasmania, the video shows space debris flashing a brilliant green before harmlessly breaking apart. 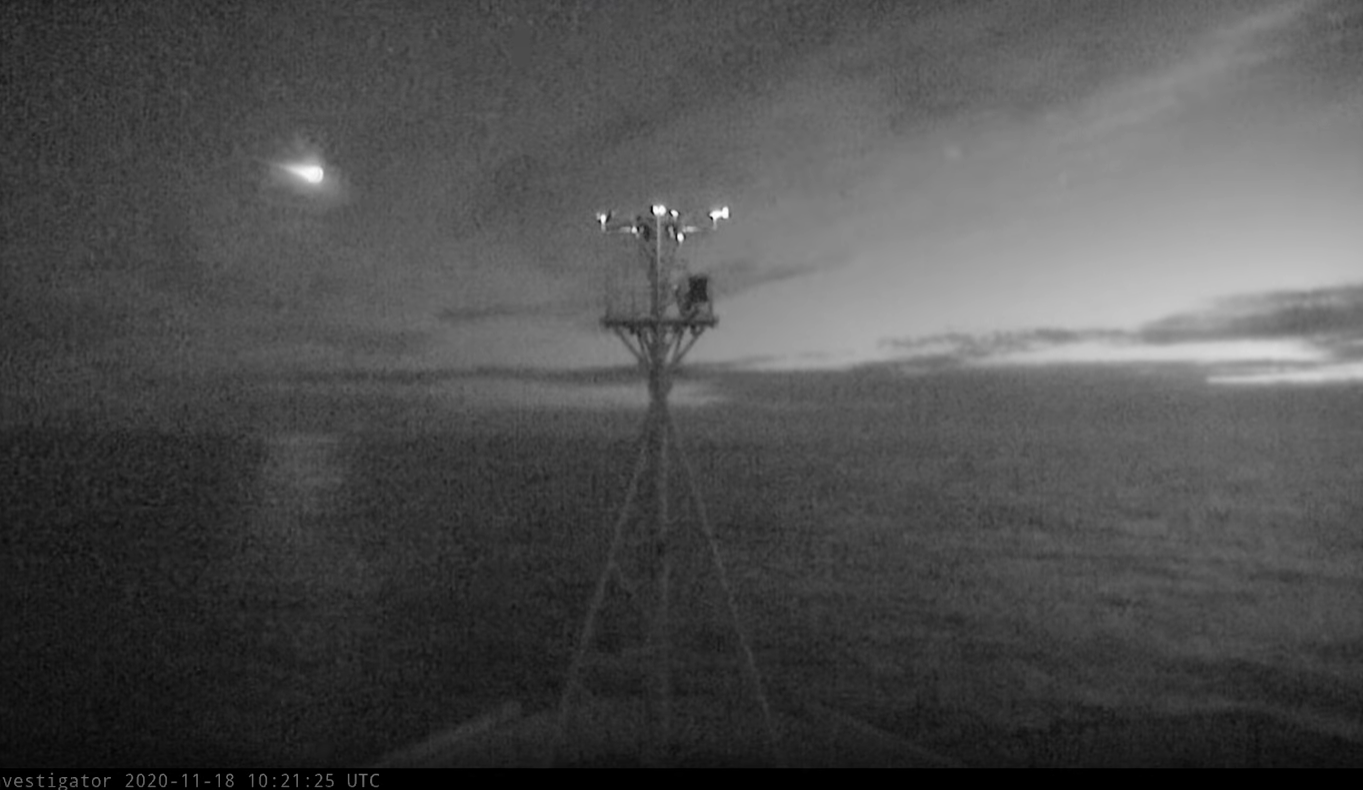 The national research group broadcasts a 24/7 livestream from a camera on top of the ship.

"The meteor crosses the sky directly in front of the ship and then breaks up," CSIRO Voyage Manager John Hooper said last week.

"It was amazing to watch the footage and we were very fortunate that we captured it all on the ship livestream." 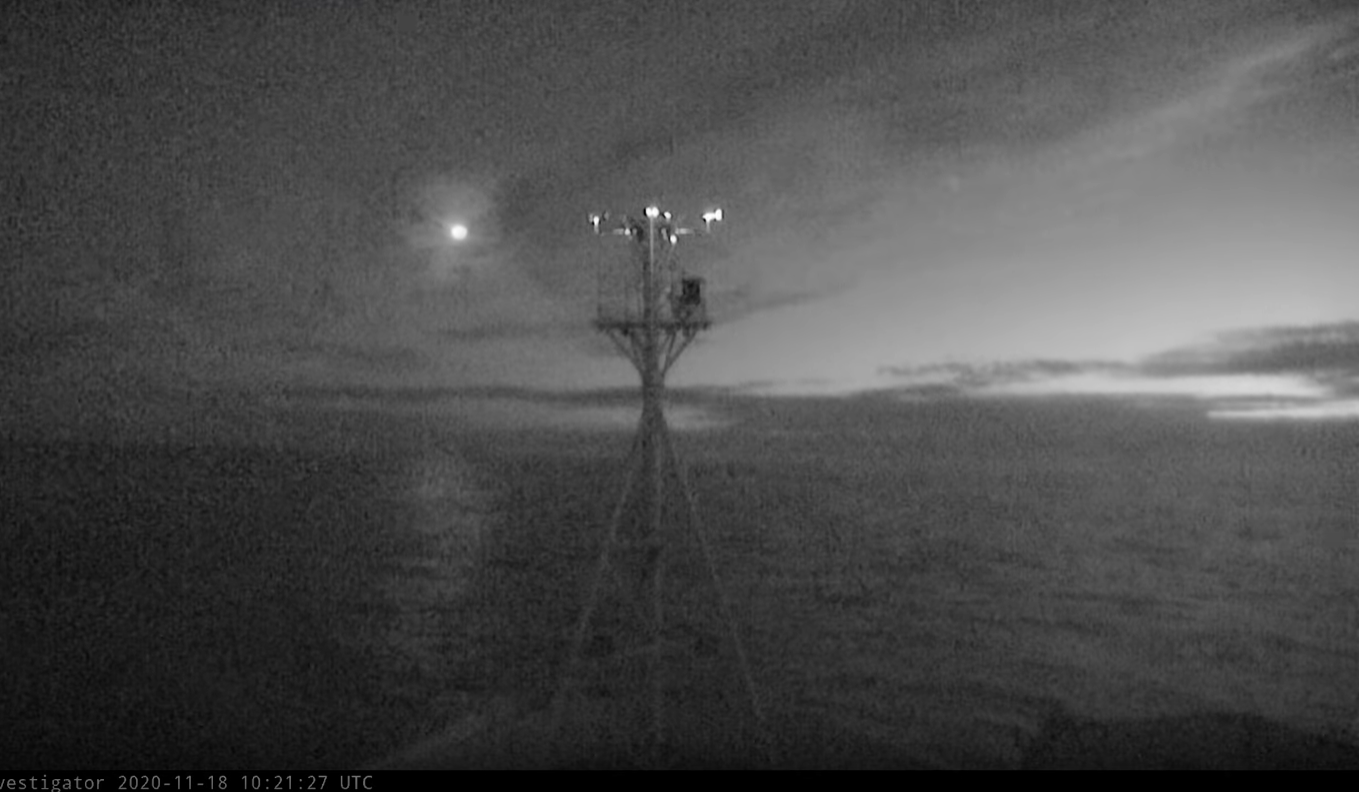 He added: "The size and brightness of the meteor was incredible."

According to a CSIRO blog post, the meteor, which was bright green, appeared on November 18.

It was spotted by the bridge crew and reported to the science staff on board.

At the time of the recording, Investigator was in the Tasman Sea about 60 miles (100km) off the southern Tasmanian coast. 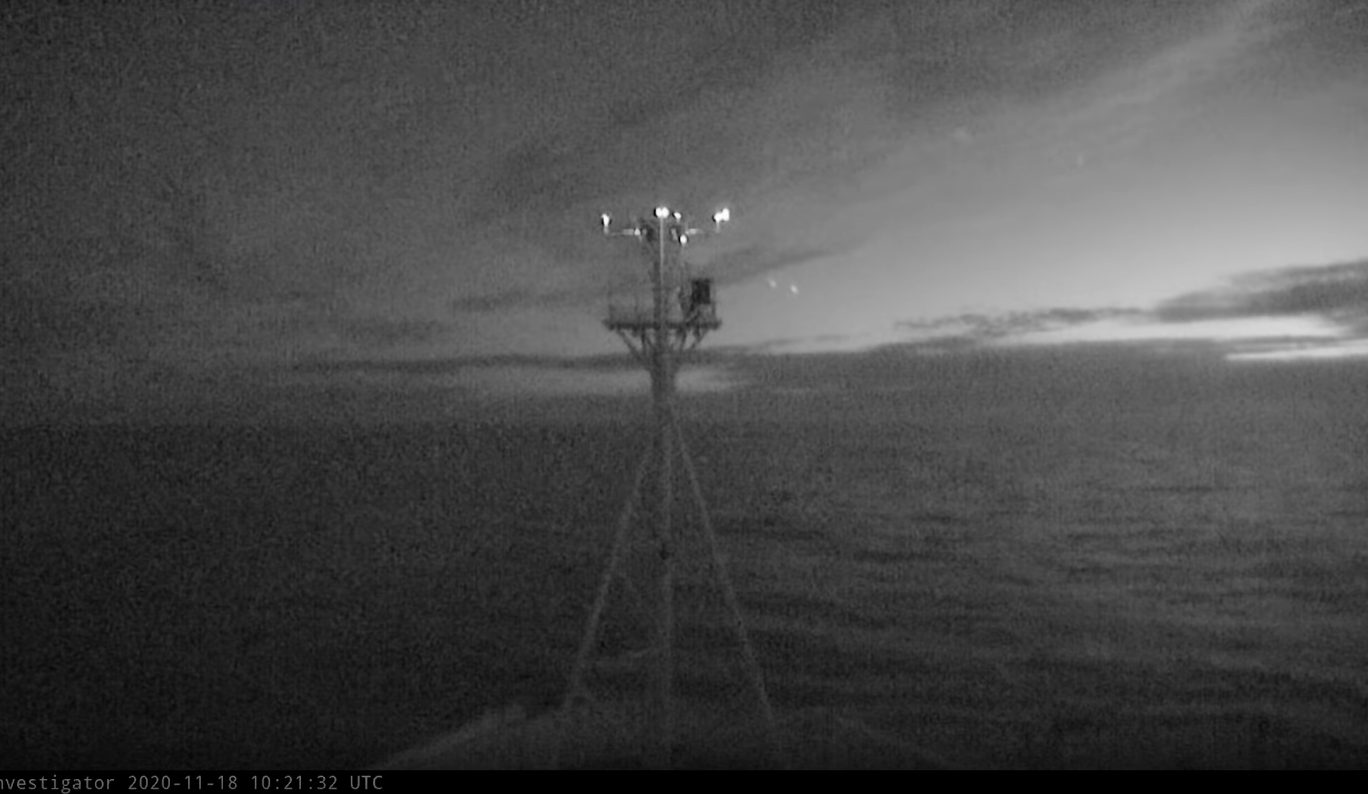 CSIRO astronomy expert Glen Nagle said the footage acts as a reminder that space is far from empty.

"Most of it goes unseen as it occurs over an unpopulated area like the southern ocean."

He added: "Many meteors were once asteroids, travelling through space on their own trajectory.

"As they enter our atmosphere, they become meteors – and their entry can be visually spectacular."

Thousands of bits of space debris – many of them meteors – are tracked by Nasa throughout the year to keep an eye on their trajectories.

Fortunately, most are too small to pose any threat to Earth, and those that are dangerously large aren't projected to hit our planet any time soon.

In other news, the biggest solar flare since 2017 and new sunspots suggests our star could be 'waking up', according to Nasa.

A SpaceX rocket launched two US astronauts into orbit earlier this year.

And, Flat-Earth conspiracy theorists were ridiculed on social media after footage from the launch captured the curvature of our planet.

What do you make of the footage? Let us know in the comments…