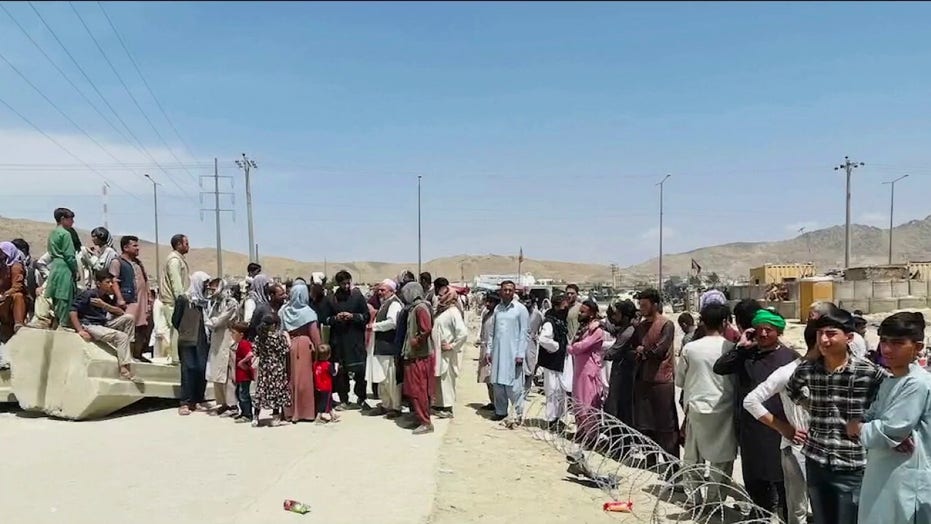 No One Left Behind board chairman and Afghanistan veteran James Miervaldis tells ‘America’s Newsroom’ his organization is paying for commercial flights for families with Special Immigrant Visas after they got ‘no response’ from the U.S. State Department.

U.S. officials are privately warning that it will be “challenging” to meet President Biden’s Aug. 31 deadline to withdraw U.S. troops from Afghanistan, as thousands continue pouring into the country to protect the airport and assist in the mission to evacuate thousands of American citizens and Afghan allies, Fox News has learned.

“We are still ramping up,” one official told Fox News Wednesday.

At this point, there are more than 4,000 U.S. troops on the ground in Kabul, with 2,000 more expected to arrive later this week.

President Biden has authorized 6,000 U.S. troops to deploy to Afghanistan to assist in the evacuation mission, as the Taliban pushes to restore the Islamic Emirate of Afghanistan – the formal name of the country under the Taliban rule before militants were ousted by U.S.-led forces in the wake of the 9/11 attacks. The attacks on Sept. 11, 2001, were orchestrated by Al Qaeda while it was being sheltered by the Taliban in Afghanistan.

The president, adamantly standing by his initial decision to withdraw all U.S. troops from Afghanistan by Aug. 31, outlined the current mission for the U.S. military in Afghanistan, saying it will be “short in time, limited in scope and focused on our objectives: get our people and our allies as quickly and as safely as possible.”

Meanwhile, the Pentagon, on Wednesday, also announced that it had deployed the U.S. Air Force unit that can “quickly open airfields.” That unit, the 621st Contingency Response Wing, arrived in Kabul Wednesday morning. The same unit had been in Afghanistan just months prior to close down Bagram Air Base and other airfields.

Defense Secretary Lloyd Austin and chairman of the Joint Chiefs of Staff Gen. Mark Milley are expected to hold a news conference Wednesday afternoon. It will be their first public appearance since the fall of Afghanistan to the Taliban. 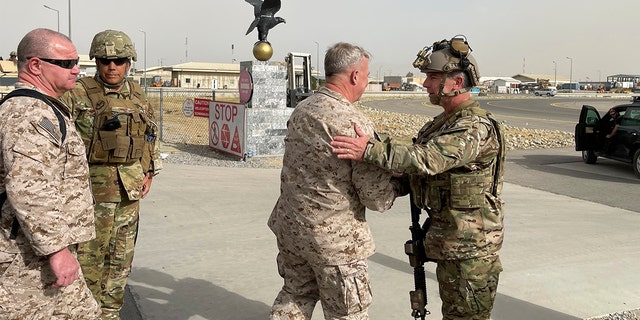 White House national security adviser Jake Sullivan on Tuesday defended the decision to withdraw U.S. troops, saying the administration and the national security team takes “responsibility” for the events unfolding in Afghanistan, but maintained that the U.S. can handle potential threats without a permanent military presence on the ground.

“We will remain persistently vigilant against the terrorism threat in Afghanistan,” Sullivan said, adding that the U.S. “has proven in other places that we can suppress terrorism without a permanent military presence on the ground.”

“We are going to have to deal with the potential threat of terrorism from Afghanistan going forward, just as we have to deal with potential threat of terrorism in dozens of countries, in multiple continents around the world,” Sullivan said, pointing to the terrorist threats from Yemen, Somalia, Syria, “across the Islamic Maghreb,” as well as Al Qaeda and ISIS-K.

Sullivan said the U.S. is prepared to do so by using a “wide variety of tools, intelligence capabilities, defense capabilities, and yes, in some cases, support we can provide to local partners to help them deal with the challenge.”

Sullivan, though, said the U.S. has “been successful to date in suppressing the terrorist threat to the U.S. homeland in those countries, without sustaining a permanent military presence, or fighting a war.”

The Biden administration has faced criticism for its decision to withdraw the U.S. presence on the ground in Afghanistan, as the country fell to the Taliban within days. The U.S. Embassy in Kabul was also closed over the weekend.

President Biden and the Pentagon, though, have warned the Taliban that any threat to the U.S. mission will be met with a swift response.

“Any attack on our people, or on our operations at the airport, will be met with a swift and forceful, an unambiguous response,” Pentagon press secretary John Kirby said.