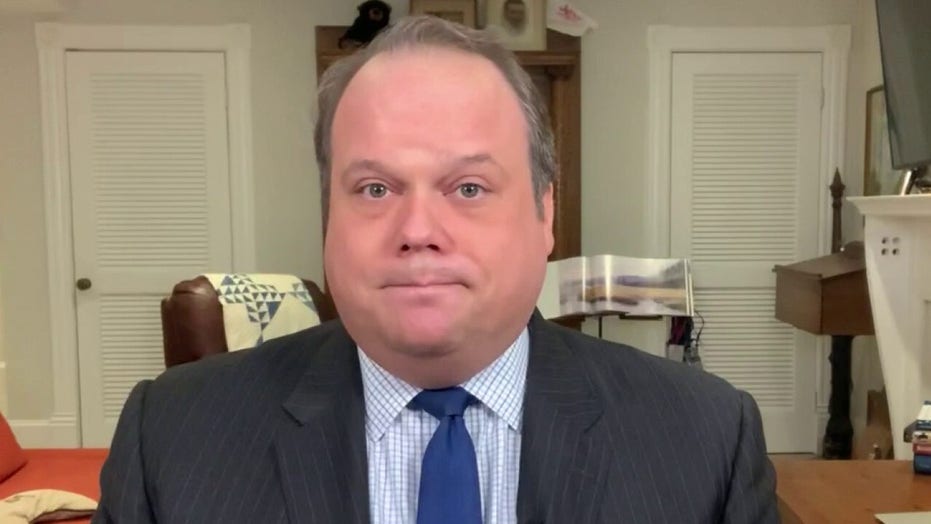 Fox News political editor Chris Stirewalt weighs in on former Vice President Joe Biden delivering remarks on ‘the economic crisis that has been worsened’ by Trump and answering reporter questions.

A new video montage from The Washington Free Beacon shows how easy the questions Joe Biden receives from the media truly are.

Free Beacon senior writer and "video guy" David Rutz put together a sampling of the rather simplistic line of questioning the Democratic candidate has received in recent weeks.

"Really, your strength is in traveling around the country and connecting with people… you can't do any of that right now. Mr. Vice President, does that worry you?" CNN anchor Brooke Baldwin is seen asking Biden at the beginning of the interview.

Atlantic staff writer Edward-Isaac Dovere similarly asked, "When you hear these remarks – 'suckers,' 'losers,' recoiling from amputees, what does it tell you about President Trump's soul and the life he leads?"

CNN correspondent MJ Lee's question was about mask-wearing, but specifically about Trump's rhetoric on mask-wearing.

"I wonder if you worry that this kind of language that comes from the president of the United States can deter some Americans who are tuning into him to not wear masks," Lee told the former VP.

Lee's CNN colleague, Dana Bash, similarly asked during a sitdown, "Do you think wearing a mask projects strength or weakness?"

MSNBC anchor Andrea Mitchell makes a couple of appearances in the video, asking Biden, "Do you think the president of the United States is rooting for the violence because he thinks it helps him politically?" and "How concerned are you that they are going to rush [a vaccine] out before Election Day?"