The Washington Post announced that Sally Buzbee will be its executive editor, making history as the first woman to lead the newsroom in the paper’s 143-year existence.

“The Post has such a rich journalistic legacy, and such a terrific staff,” Buzbee told the Post. “It’s exciting to join this organization at a time of growth and innovation.”

Buzbee will officially take on the role next month after serving as the executive editor and senior vice president of The Associated Press, where she worked since 1988.

Washington Post publisher Fred Ryan issued a memo to staff on Tuesday informing them of the new leadership, calling Buzbee “an inspiring leader and accomplished journalist in the finest traditions” of the paper.

“We looked for someone steeped in the courageous journalism that is The Post’s hallmark, and who can extend our reach to news audiences in the U.S. and abroad,” Ryan wrote. “We sought a bold leader who can manage our dynamic newsroom and bureaus across the globe . . . We looked carefully for someone who shares our values of diversity and inclusion, and who is committed to prioritizing them in our news coverage as well as our hiring and promotion.”

Ryan told the Post that Buzbee was the “runaway unanimous choice” among the other candidates. 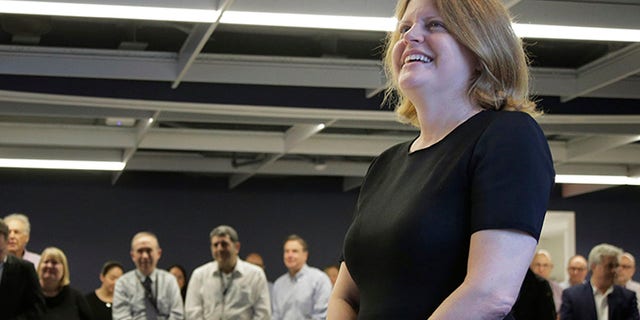 Buzbee acknowledged the historic nature of the gig as being the first woman to head the Post and stressed the importance of diversity.

“I’ve always been conscious in my career and my life how others have paved the way for me,” Buzbee said to The Post. “I’m incredibly grateful for that. I’m also conscious of the fact that we can never rest on the issue of diversity. My feeling is, no matter how much progress we’ve made, it’s never enough.”

Marty Baron previously served as the Post’s executive editor from 2013 to his retirement in February 2021.