More than a year ago  — before the pandemic, before two presidential impeachments, before the most divisive election in a generation, before the Capitol attack — we surveyed Americans about their thoughts on the lack of civility and partisan divides in our country.

We heard, not surprisingly, that divisiveness was a big problem — not only for politicians but also for the rest of us, creating anxiety, depression and sadness.

Hidden Common Ground: Why Americans aren’t as divided on issues as we appear to be

Once the dust settled after the inauguration, we surveyed Americans again, asking some of the same questions as our inaugural Public Agenda/USA TODAY Hidden Common Ground survey in December 2019. The sentiment has not improved, with 14% reporting serious arguments with family or friends as a result of the partisanship and nearly 20% reporting depression, sadness or anxiety. And a growing share think the country will become more destructive in dealing with conflict over the next 10 years. 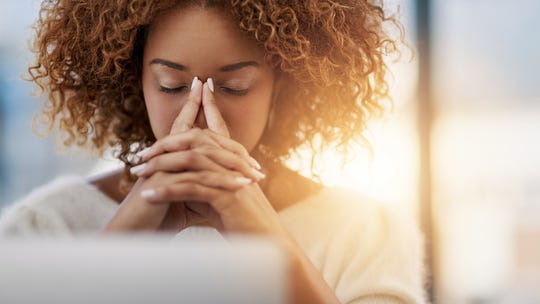 But in that same survey, nearly half of those polled said they had worked across party lines to solve problems in their communities. And many believe there is more common ground than what they perceive from politicians and the media.

And that brings us to today.

Again this year, USA TODAY is partnering with Public Agenda on Hidden Common Ground to explore the topics on which Americans agree (or could find consensus) and find ways to bring them together.

The search for unity:4 ways Americans can bridge our racial and political divisions

Over the coming months, we will talk to thought leaders, politicians, experts and Americans to explore the reasons behind the divisions.

The good news? In a survey where 64% of respondents said Americans deal with disagreements in a mostly destructive way, there was overwhelming agreement — 91% — that we need to find ways to move forward peacefully, together, even amid disagreement.

Talking to a friend:How to tackle hard issues without ruining relationships