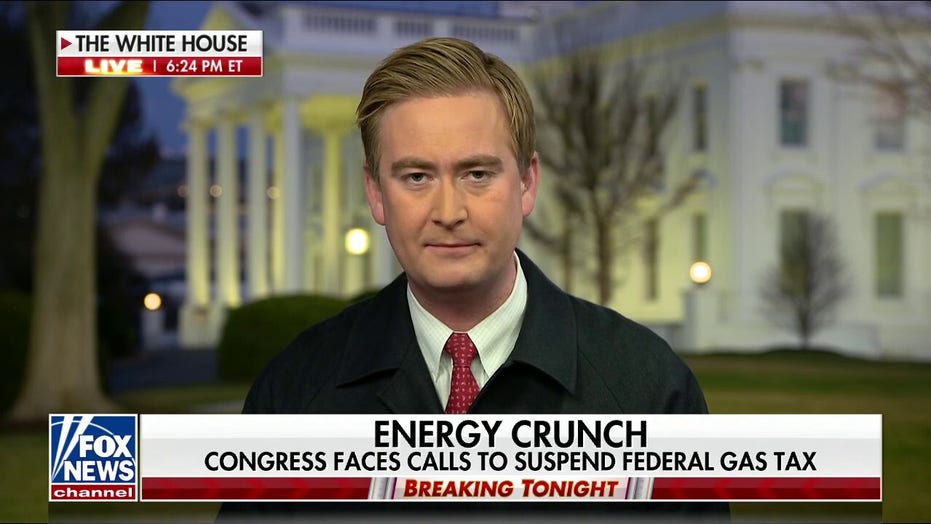 Dems continue to blame Putin for a surge in gas prices

More than a third of Vladimir Putin’s budget comes from the sale of Russian oil and natural gas. Congress must target that—and more—to hold Putin accountable, long term, for his unacceptable aggression against the Ukrainian people.  In addition to banning Russian energy imports, we must revoke favorable trade relations with Russia and Belarus, and provide the President authority to raise tariffs on the other nearly half of imports that Russia sells to the United States. Putin cannot enjoy the same trade status as our NATO allies, and other international partners. Instead, Russia belongs in the same pariah trade status as North Korea and Cuba.

The U.S. should also use its influence to deny Russia the trade benefits it enjoys from other countries as a World Trade Organization (WTO) member, since it is denying those very benefits to Ukraine.  WTO members should punish tyrants and war criminals.

President Biden recently announced that the United States together with other NATO allies and the G7 – Canada, France, Germany, Italy, Japan, the United Kingdom as well as the European Union will take steps to deny most-favored-nation status to Russia.  As the Republican leader of the Senate Finance Committee, I introduced bipartisan legislation with my counterpart, Chairman Ron Wyden (D-Oregon), that carries out these objectives by banning the import of energy products from Russia and Belarus, and revoking both countries’ trade benefits.  The President’s announcement reinforces the need for Congress to quickly pass this legislation.

That is only half of the equation, however. As inflation and gas prices skyrocket to new highs, it is time for President Biden to change his mind on another issue that empowers Vladimir Putin: domestic energy production.  Rather than ask Venezuela and OPEC to increase production, American oil and gas production must replace Russian energy imports so we have more jobs, stable energy prices and the ability to support our allies’ energy needs, instead of leaving them at Putin’s mercy.

As inflation and gas prices skyrocket to new highs, it is time for President Biden to change his mind on another issue that empowers Vladimir Putin: domestic energy production.

Despite attempts to blame rising energy prices on efforts to punish Russia for its premeditated attacks on a free and independent Ukraine, the skyrocketing cost of gas in Idaho and across the nation has been more than a year in the making. Just three years ago, under Republican leadership, the United States had become a net oil exporter for the first time since World War II. Within hours of taking office, President Biden started his campaign against domestic energy production by canceling the Keystone pipeline. A week later, he ordered the Department of Interior to “pause new oil and natural gas leases on public lands or in offshore waters.”  While a federal court fortunately blocked this action, the President’s campaign against domestic oil and gas production continues to chill development.  Not surprisingly, a year into his Administration, gas prices for Americans rose 40%, oil imports increased and traditional energy producers at home have faced extensive attacks, while the Administration encourages Iran—a state sponsor of terror—and Venezuela—a brutal communist regime—to produce more.

Enough. Unleash American oil and gas production to replace not only Russian imports—and help stabilize prices at the pump—but to facilitate exports to support our allies, and end their dependence on Russia.  It means jobs at home, stronger allies and a weaker Putin. 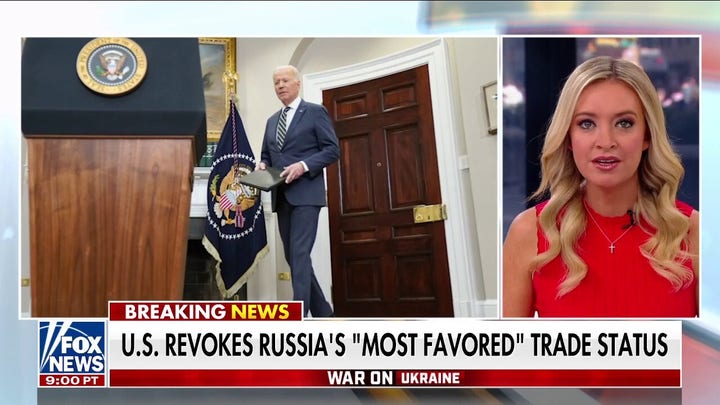 Congress should counter Russia’s aggression and advance pro-American energy proposals. This includes enacting fellow Senator for Idaho Jim Risch’s NYET Act, which will impose additional real costs on Russia and result in massive economic consequences to Russia’s economy.  I have also co-sponsored the American Energy Independence from Russia Act, Keystone XL Pipeline Construction and Jobs Preservation Act and the Protecting Our Wealth of Energy Resources (POWER) Act, which would reverse a number of President Biden’s onerous actions against the American oil and gas industry and put us back on a better path for energy independence.

We watch in horror Vladimir Putin’s increasing aggression toward the people of Ukraine that threatens regional and international security. Our respect for the extraordinary resolve, resourcefulness and determination of the Ukrainian people must be backed by strong American policies.  Timely enactment of S. 3786, the NYET Act and other policy changes that replace Russian energy imports with domestic energy production, revoke Russia’s undeserved trade status, and provide a mechanism to increase tariffs on Russia even further are steps we must take quickly to help crush any underpinnings of Putin’s awful agenda.