Dai-ichi Life Holdings is nearing a deal for Westpac’s life insurance unit that could value the business at about $US1 billion ($1.3 billion), according to people with knowledge of the matter.

Dai-ichi Life is in exclusive talks with Australia’s second-largest bank and an announcement could come as soon as this month, the people said, asking not to be identified as the discussions are private. 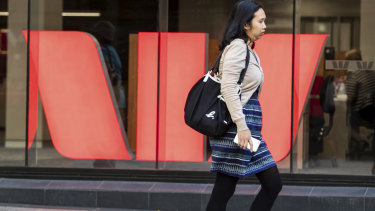 No final decision has been made and talks could still fall apart, the people said. Representatives for Dai-Ichi Life and Westpac declined to comment.

Westpac appointed advisers to help sell the life insurance business earlier this year as part of a strategy to shed non-core assets to focus on banking in Australia. It comes after a series of scandals that led to a record $1.3 billion fine for Westpac to settle the country’s biggest breach of anti-money laundering laws.

Westpac has since sold its general insurance business to Germany’s Allianz SE for $725 million and has also agreed to sell its Pacific unit to Kina Securities Ltd. for as much as $420 million.

Earnings for the life insurance business are likely to remain under pressure, Westpac told investors in November. The business line posted $229 million in income in the 2020 financial year before writedowns.