As one of her first and most anticipated moves as Prime Minister, Liz Truss announced new plans to help tackle the UK’s energy crisis to the House of Commons last week. For domestic users, this involved a new energy price guarantee to freeze bills at £2,500 a year for a typical household; easing some financial pressure as many previously braced themselves for a much higher cap of £3,549 a year.

But the Government’s £400 rebate on top means bills should remain around the current level, however, this may not entirely ease the financial burden for all consumers.

Alice Haine, personal finance analyst at Bestinvest said: “Energy prices are still significantly higher than they were a year ago, with some households already struggling to absorb the rising costs and food prices are high too.

“It means household budgets are not completely out of the woods yet.” 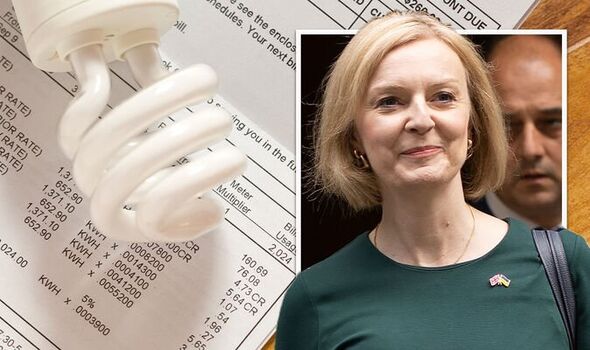 The price cap is not a cap on the maximum bill a household can be charged, as what people pay depends on their usage.

Ms Haine continued: “This means that those using more energy than average will pay higher bills and those using less will pay less, so not everyone is looking at the same bills.”

The inflation rate currently stands at 10.1 percent and while this is expected to trend higher next month, households are already grappling with higher food bills along with rising costs for all the other goods and services.

Ms Haine said: “Add in falling real incomes as inflation erodes the value of take-home pay and it’s vital that Britons continue to adopt a more frugal approach to life this winter if they want to avoid taking on debt.

“But Truss’s plan of action goes a long way towards taking fear out of the equation – fear that life will simply become unaffordable in the face of soaring energy prices and fear that jobs will be put at risk because businesses won’t be able to afford to keep the lights on.

“It also removes the uncertainty over what lies ahead for the economy – with expectations that inflation will now peak next month at a more modest figure rather than the dizzying highs in excess of 22 percent expected early next year.”

While the Bank of England has said Ms Truss’ plan may not prevent it from increasing its base interest rate, it does expect runaway inflation to be contained, which would therefore have a knock-on effect on the forecasted recession the UK is expected to fall into.

Ms Haine said: “This offers hope that the country is potentially looking at a much milder recession at the end of the year than the more severe downturn some were expecting.”

What do the new plans mean for households on fixed tariffs?

Households on fixed tariffs may have been feeling concerned about whether their bills would remain at a fixed rate higher than the cap. 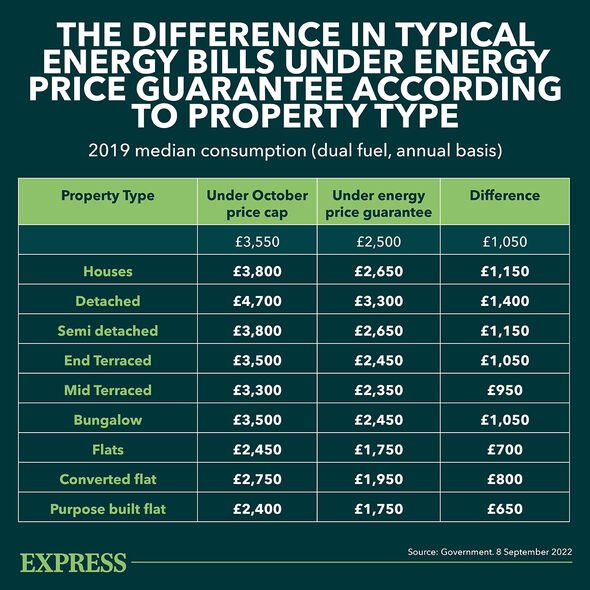 However, Money Saving Expert and financial journalist Martin Lewis took to Twitter today to provide an update on what exactly this cap means to these households.

He tweeted: “All fixes that are more expensive than the new price guarantee rate will see an automatic reduction in Oct (but they will at most only reduce to the level of the new guarantee)

“So for now DO NOTHING…

“In the energy summit I had today BG, Shell, Eon, EDF, Ovo (SSE), Octopus CEOs agreed to my ask that the few (maybe one percent) whose fixes still cost over the price guarantee after that, CAN move onto the guarantee with no exit penalties, til at least November 15 (some beyond)”

However, he disclosed firms don’t have the full information from the Government yet so advised his followers not to “waste time calling them now” – especially as, he stated: “Ninety-nine percent of fixers needn’t do anything anyway”.

What do the new plans mean for businesses?

Ms Haine said: “The new assurances for businesses that energy costs will be capped at the same price per unit as households for six months will hopefully ensure companies can continue to operate throughout the window and aren’t forced to shut up shop – a move that protects jobs and livelihoods.

“However, what happens after the end of the six months is unclear, as only ‘vulnerable sectors’ are likely to benefit from then.”

What do the new plans mean for those with oil-fired heating systems?

The plans also offer some security for the one million UK homes with an oil-fired heating system that previously received no protection against rising prices.

Ms Haine said: “Average home heating oil is currently around 98.67 pence per litre, as of September 7, which is much lower than the almost 170 pence rate seen in March.

“But prices are still double what they were a year ago and volatility is still very much a feature in global oil markets, and the strong Dollar is also affecting oil import costs in Sterling.

“So, the new plan to set up a support fund for the vulnerable that rely on oil to heat their homes means they now have a slightly less uncertain winter ahead.”

However, it is yet to be confirmed how exactly people can access the fund.

How can households protect themselves further amid rising prices?

Saving as much money on bills as possible amid the cost of living crisis has become ever more critical, and there are a few ways households can retain more control over their finances.

Brean Horne, personal finance expert at NerdWallet said: “It is important to make sure your monthly direct debit payments reflect your actual use and inform your provider if you feel they are inaccurate, and that you may be under or overpaying.

“For those without a smart meter, it is advised to submit a reading to your supplier regularly, and ideally on September 30.

“This will help ensure your bill is as accurate as possible, and you will be aware of exactly how much energy you have used before October 1 when the new rates come into effect.”