TODAY new E10 petrol grade is becoming the new standard in the UK.

Here's what to do if your car isn't compatible with E10. 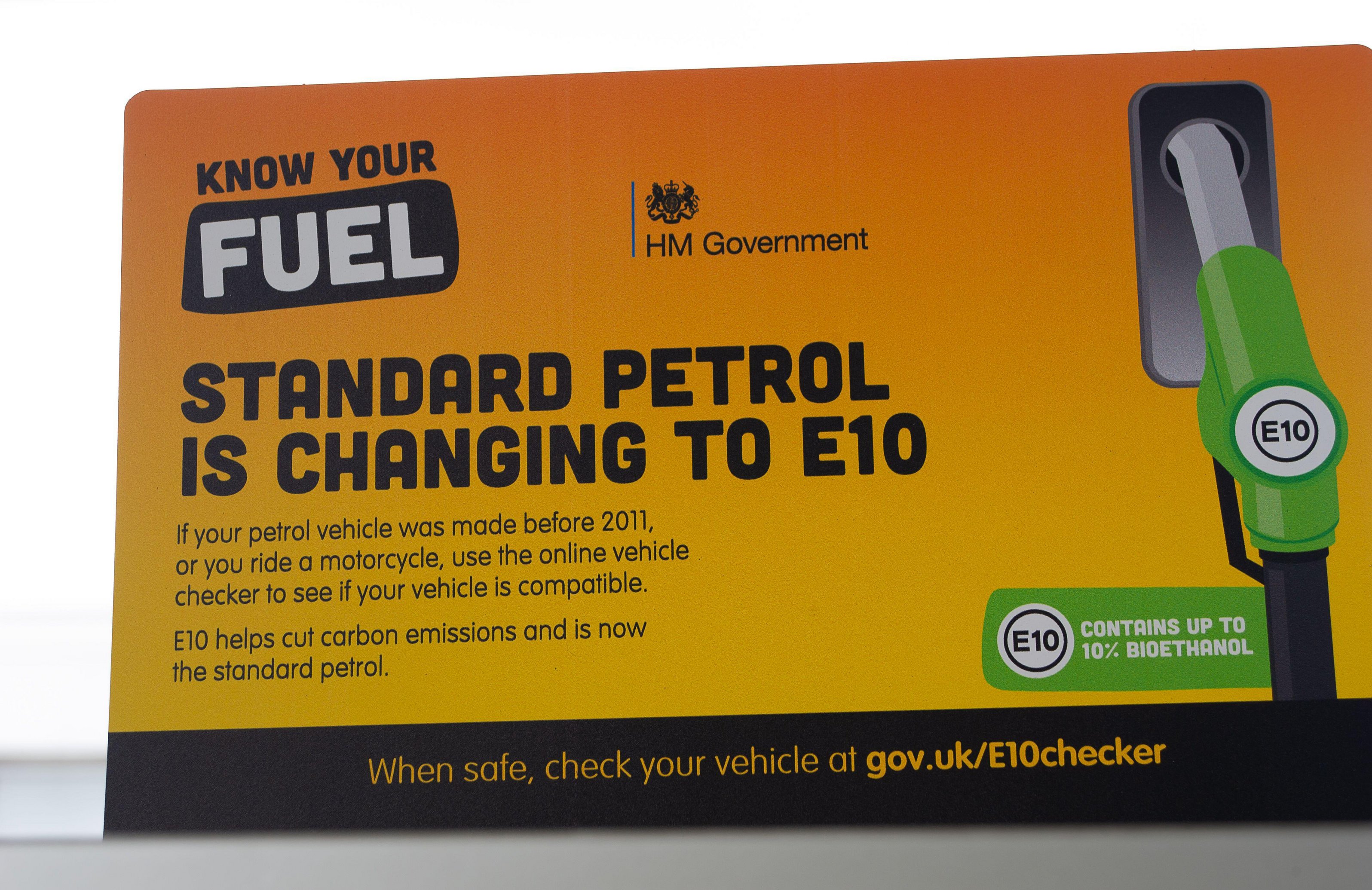 What happens if my car is not compatible with E10 fuel?

Don’t panic if you use E10 in a non-compatible petrol engine by mistake.

It’s not like putting diesel in a petrol car and shouldn’t be a problem as a one-off.

However, repeated use of E10 petrol in a non-compatible vehicle could damage your car’s engine in the long-run.

E10 petrol contains up to 10% renewable ethanol, which will help to reduce carbon dioxide emissions associated with petrol vehicles and tackle climate change.

Petrol in the UK currently contains up to 5% renewable ethanol (known as E5).

E10 petrol is already widely used around the world, including across Europe, the US and Australia.

If my car isn’t compatible with E10, what should I fill up with?

Continue to use E5 petrol in the ‘super’ grade (97+ octane), which will remain available at many larger filling stations.

Make sure you check the label before you fill up.

What should I do if I accidentally pump E10 petrol into my non-compliant car?

Simply fill up with E5 petrol next time.

Using a single tank of E10 petrol in a vehicle that is not compatible should not be a major problem. Just make sure you fill up with the correct E5 petrol grade next time.

What damage could E10 petrol cause to non-compliant vehicles?

Unlike putting petrol into a diesel engine, you shouldn’t need to drain the tank.

On a one-time basis, your vehicle will not suffer engine damage as a result. Prolonged use of E10 petrol in a non-compatible vehicle, however, may cause harm and is not recommended.

Can you mix different types of petrol?

If your vehicle is compatible with E10 petrol, there’s no reason you can’t mix the two grades of petrol.

It’s perfectly safe to mix them in the same tank or fill up with E5 if E10 is not available.