Sarah Ferguson, 60, married Prince Andrew, 60, in 1986 and while the couple divorced a decade later they have two daughters together Princess Beatrice, 32, and Princess Eugenie, 30, and remain firm friends. Following their separation, they sold off their marital home Sunninghill Park after which Prince Andrew moved into the Royal Lodge.

The Duke of York moved into the 30-room stately home in 2004 but wasn’t initially joined by Fergie.

When did Sarah Ferguson move into the Royal Lodge?

While Fergie is said to have always had a room at the Royal Lodge which is where Eugenie and Beatrice spent a large part of their childhood, she didn’t move in permanently until 2008.

Sarah Ferguson decided to move from her former Surrey home after a scented candle sparked a fire which caused considerable damage to the property. 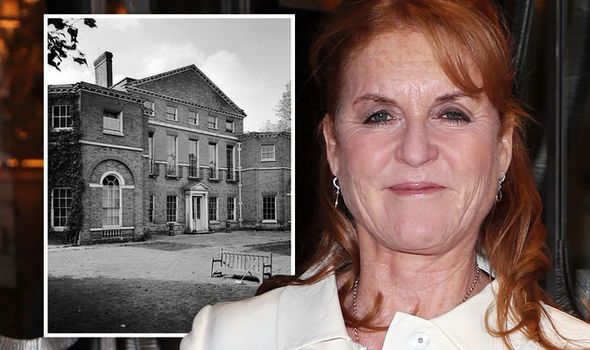 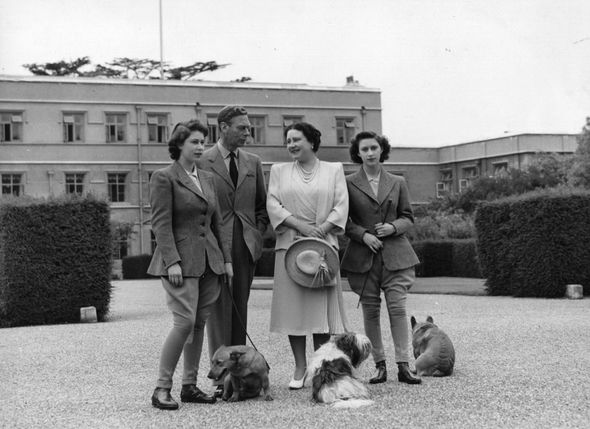 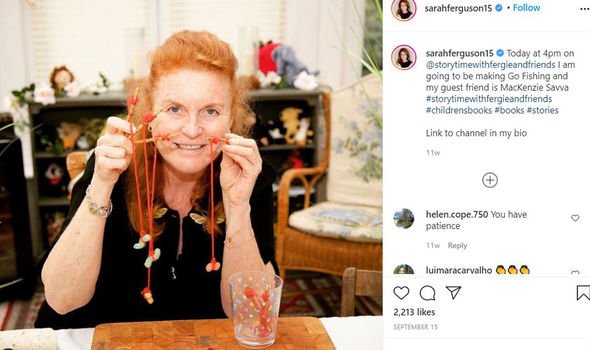 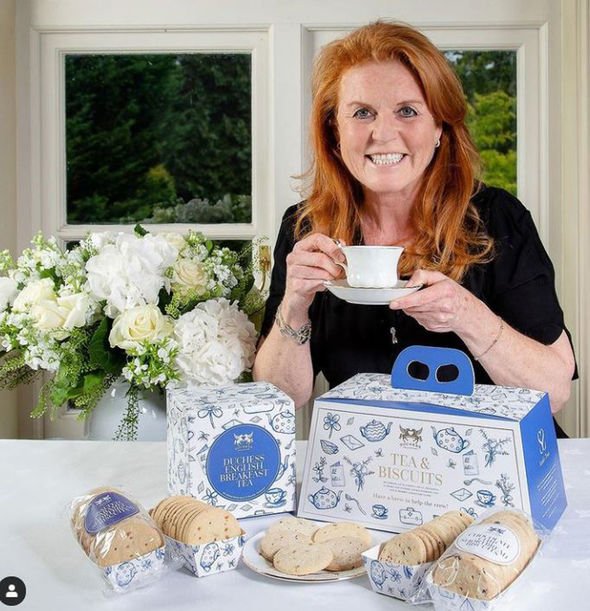 She and Prince Andrew have lived together at the Royal Lodge ever since and the home has special significance for their daughters.

Princess Eugenie and her husband Jack Brooksbank decided to move into the Royal Lodge during the first lockdown.

Eugenie shared Instagram posts of herself, Jack and Fergie helping deliver care packages for frontline workers together during the lockdown.

Princess Beatrice also spent the eve of her wedding at the Royal Lodge with her sister Eugenie. 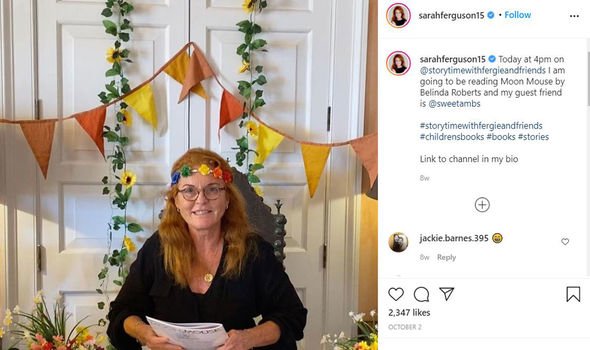 A sweet photo of the sisters in the grounds of the Royal Lodge on the day before Bea’s big day was later shared by Eugenie on Instagram.

Fergie has also been making the most of the Royal Lodge’s striking interiors doing lockdown.

A keen children’s author the Duchess launched a Story Time with Fergie series on social media during the pandemic.

Sarah shares videos of herself reading children’s story’s usually filmed inside one of the Royal Lodge’s opulent rooms or outside its extensive grounds.

On Wednesday the Duchess gave fans a glimpse of the Royal Lodge decked out in Christmas decorations in a new Instagram post.

The clip showed an ornate fireplace covered in Christmas tree branches and tinsel all ready for the festive season.

The post read: “For the first time ever, the North Pole’s premier news station ELF NEWS will be streaming worldwide through December.

“Watch 4 x 7 minute exclusive weekly reports direct from Santa in his own home.

“Available to watch from Friday, December 4, with the final episode aired on Christmas Eve with a magical bedtime story read by Santa.” 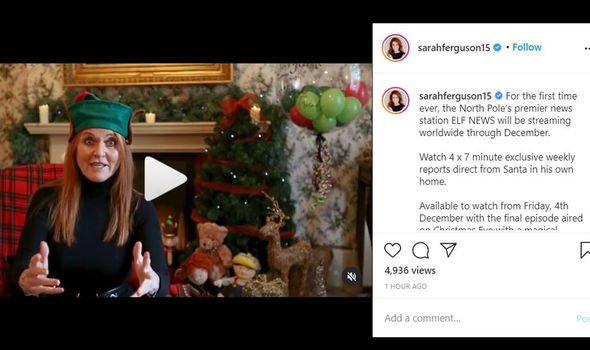 Who will Sarah Ferguson spend Christmas with?

Sarah and Andrew are likely to welcome their two daughters and son-in-laws to spend Christmas with them this year.

Princess Eugenie will be looking to enjoy a quiet holiday as she marks her last Christmas before becoming a mother early next year.

Princess Beatrice married Edoardo Mapelli Mozzi and July and will be celebrating her first Christmas since their wedding.