LET’S start this twin test with a question.

Do you want a car that: A) looks nice on your drive, or B) is nicer to drive? 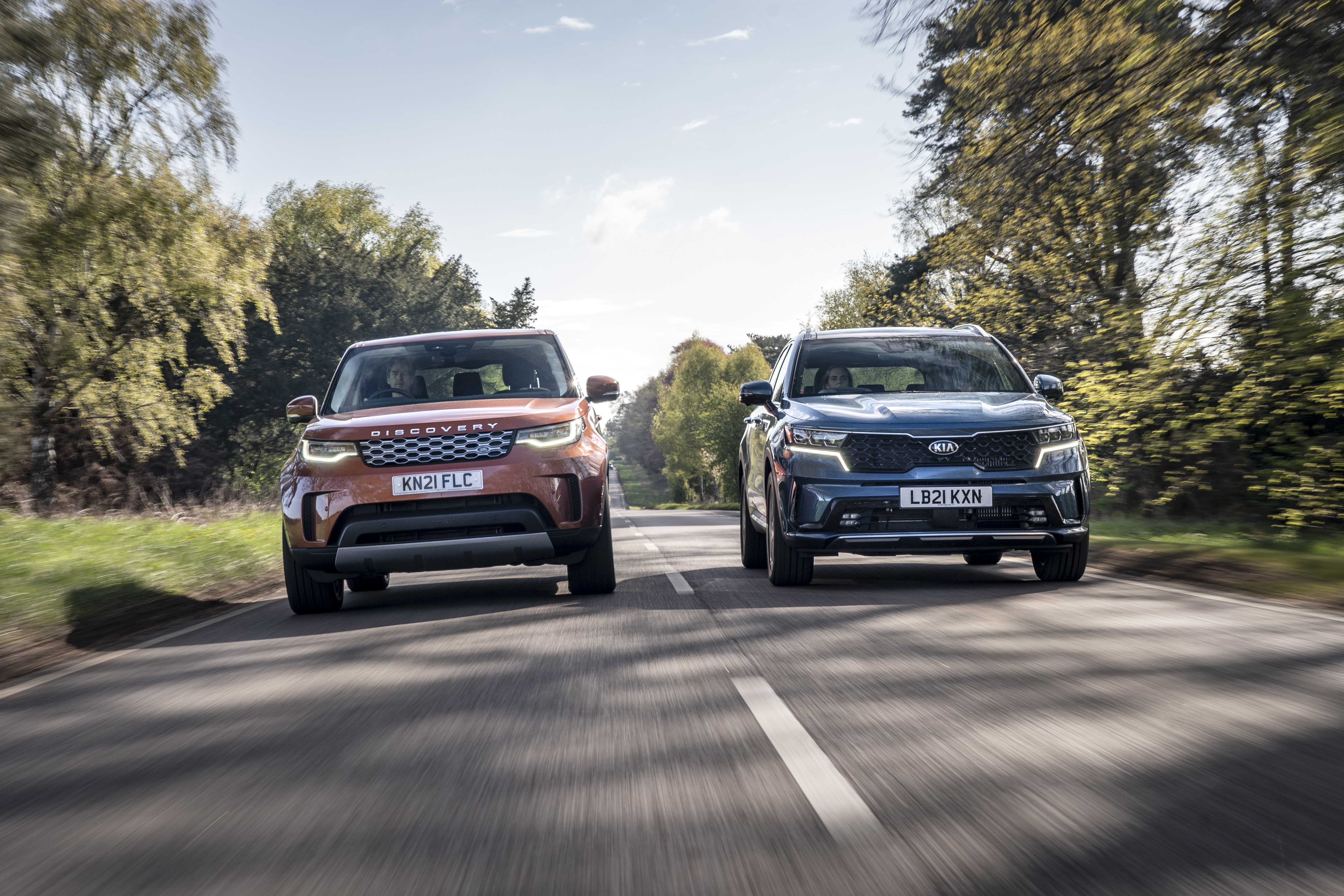 “A” is obviously the Land Rover Discovery, the middle-class yoga mummy wagon that can exit a wet polo field with ease.

But it’s expensive and has a wonky rear end

Or do you put your sensible hat on and go “B”, the Kia Sorento?

You might think I’m daft pitching these two head-to-head, as the Disco is clearly bigger. 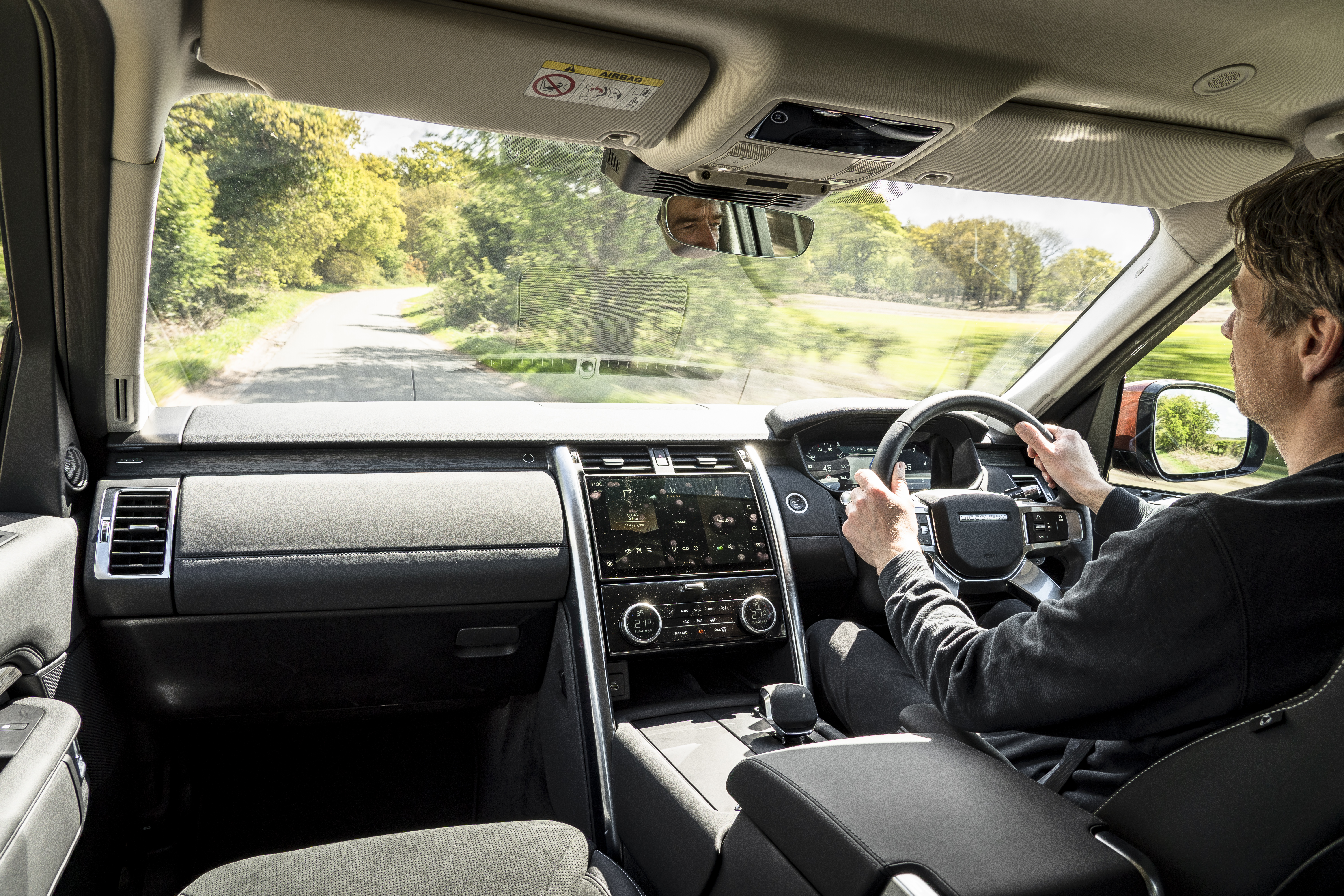 But they do the same job and price-wise they’re almost identical.

First up, then, Disco.

Not easy to park at Tesco, let alone dodge the hungry concrete walls at a multi-storey. 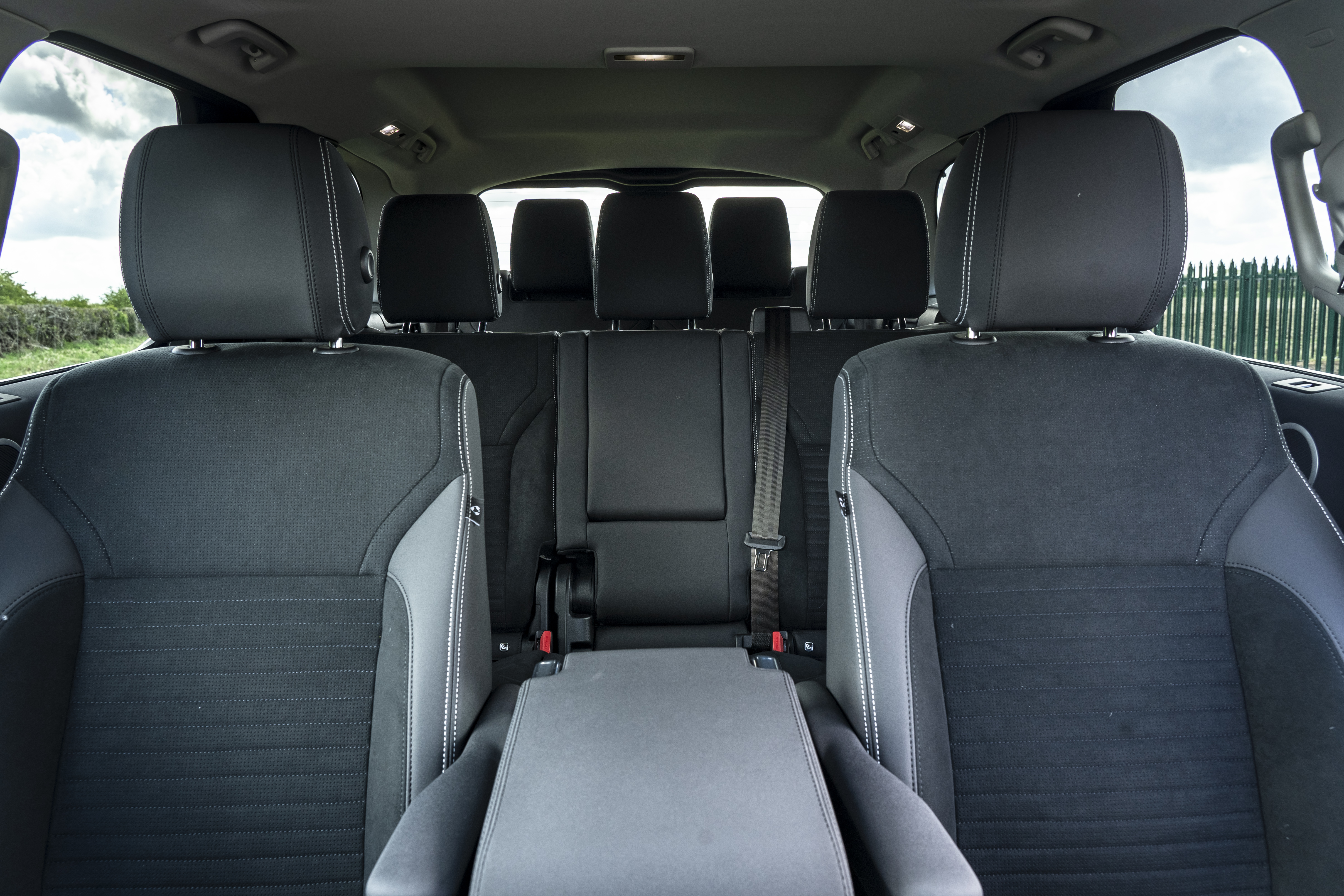 But life is a breeze on the open road.

Standard air suspension makes every trip smooth and relaxing, while the new mild-hybrid six-cylinder diesel has plenty of oomph.

Note. There aren’t any plug-in hybrids yet, so this is as electrified as Disco gets for now.

My testing returned 31mpg, which is about £110 to fill up

At this point I should also spell out that Disco has seven full-size seats. 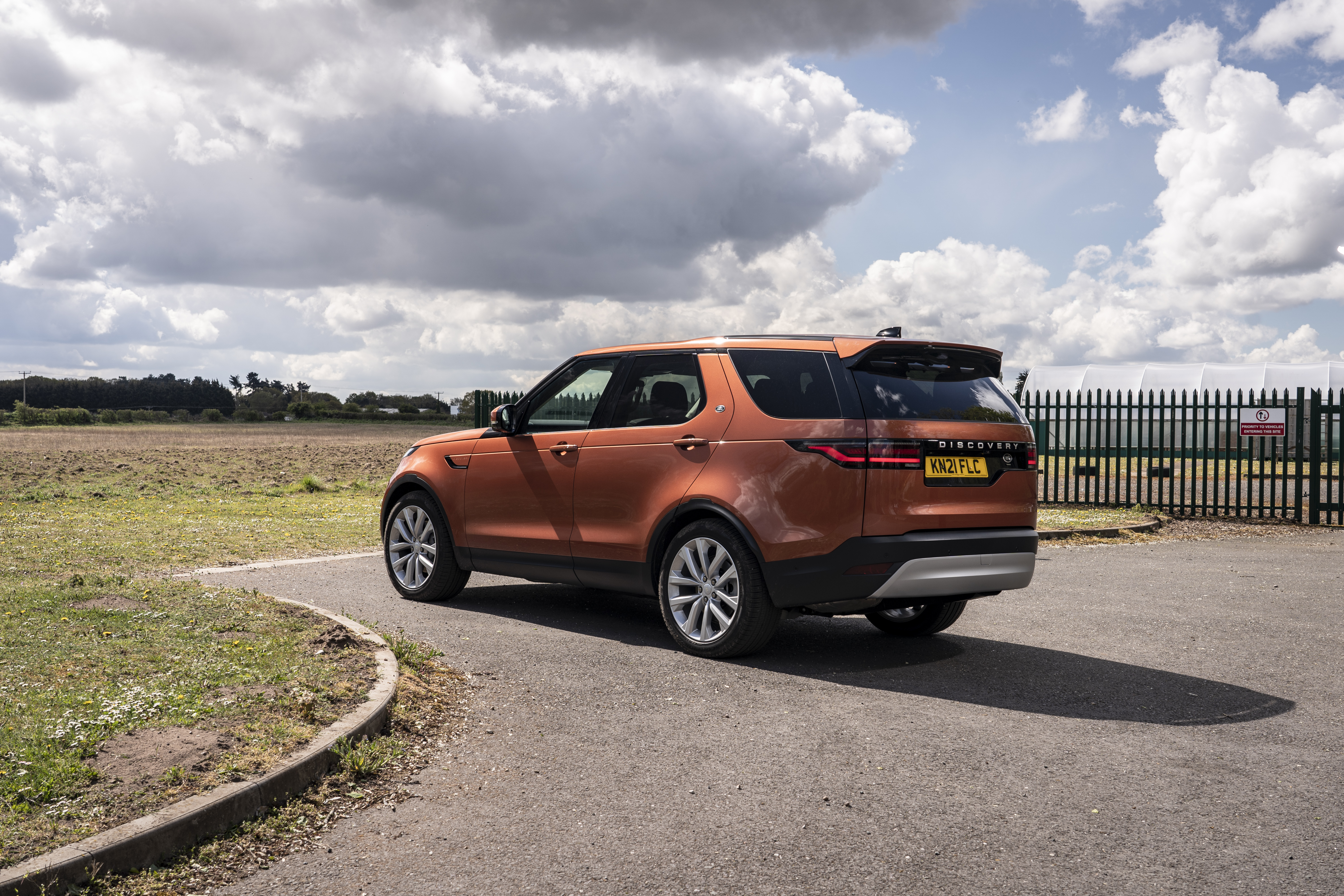 A gangly teen could happily sit in row three.

It’s a bit tight climbing on board but once you’re in, you’re in.

The new Pivi Pro infotainment system is crisp, responsive and talks to your phone.

There are more USB ports than seats.

EV range: Hasn’t got one

Boot space is laughable with all seven seats up.

Now we come to the Kia.

As I said earlier, a smaller car but less intimidating to drive and park.

It won’t beat a Disco in a tug of war but Sorento is all-wheel drive and winter proof on the right tyres. 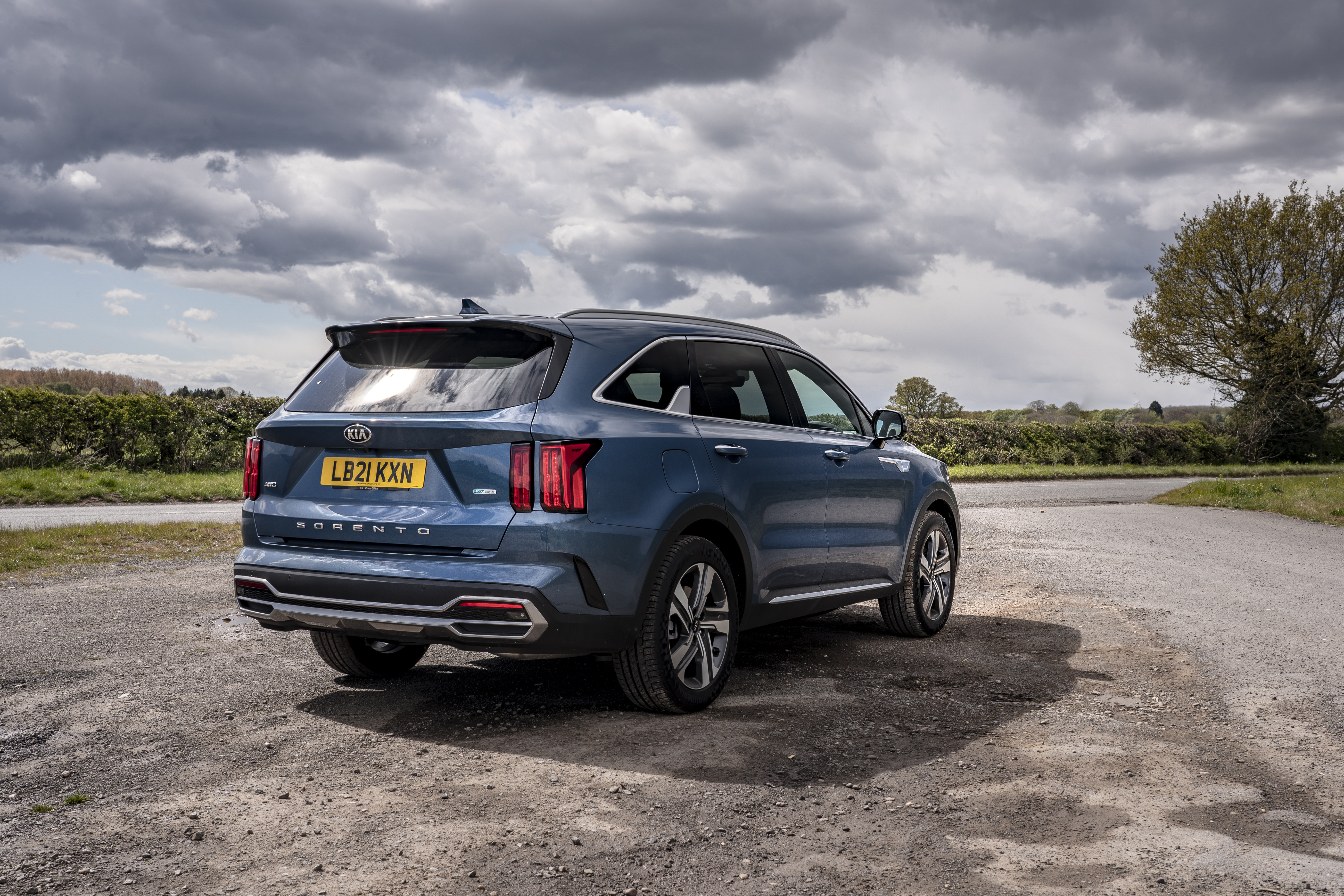 The big win is the cabin.

All these goodies are pricey add-ons over at Land Rover.

Plus, Sorento takes driver assistance tech to the next level. Indicate to turn left or right and a blind-spot camera feed pops up in the driver’s binnacle.

Not even Volvo has that. 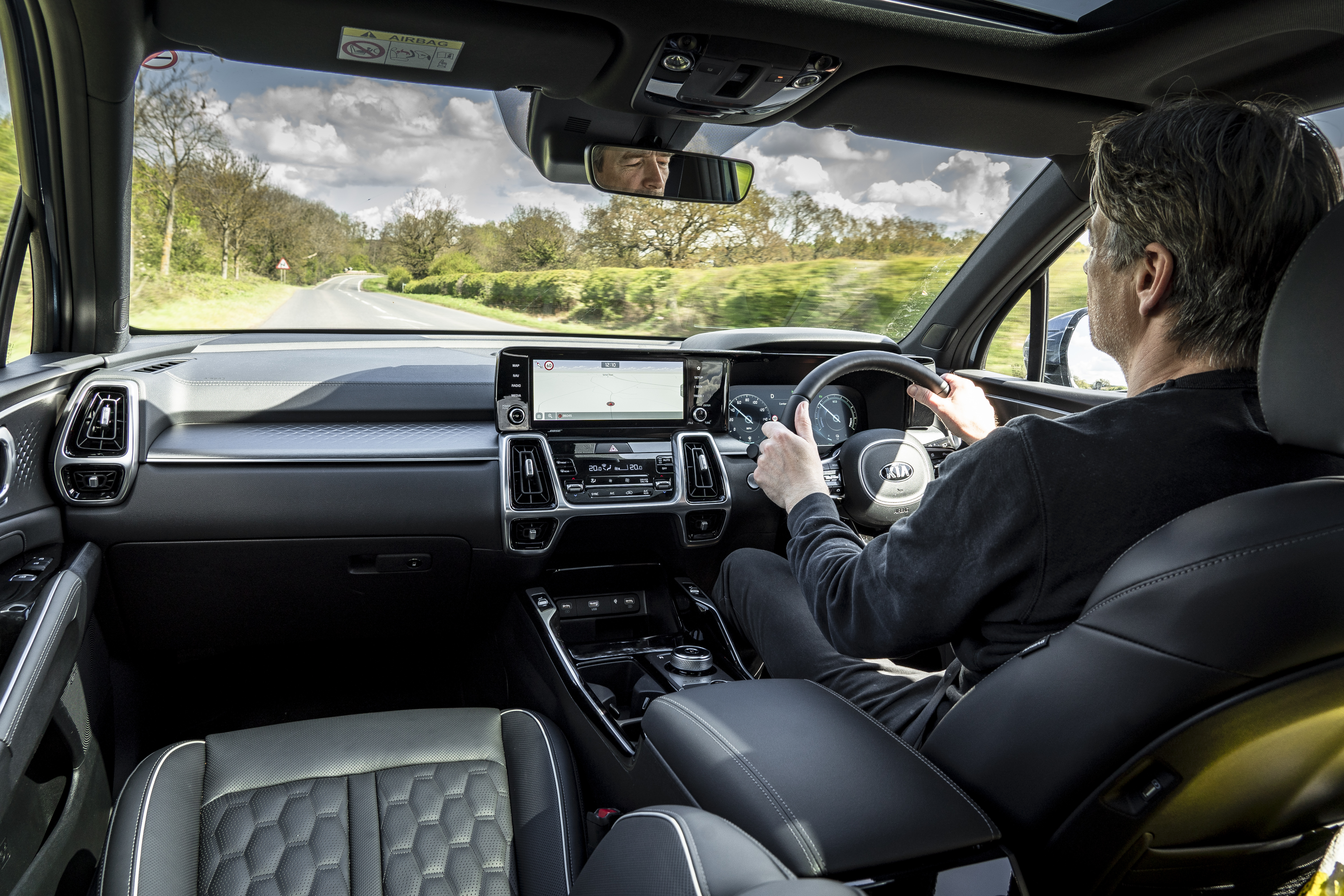 Row three is a little squished for tall adults but the middle row and boot are roomier than the Disco — which is impressive when you consider the electric gubbins in most hybrids eat into rear space.

Now we come to another big selling-point of this car: Diesel-like fuel economy without being a diesel and up to 35 miles of pure-electric driving.

I shuttled around my neighbourhood for two days without waking the engine and averaged 43mpg over two weeks.

That’s good for any car, let alone a two-ton SUV.

I’ve said it before but Kia knows how to read the room. 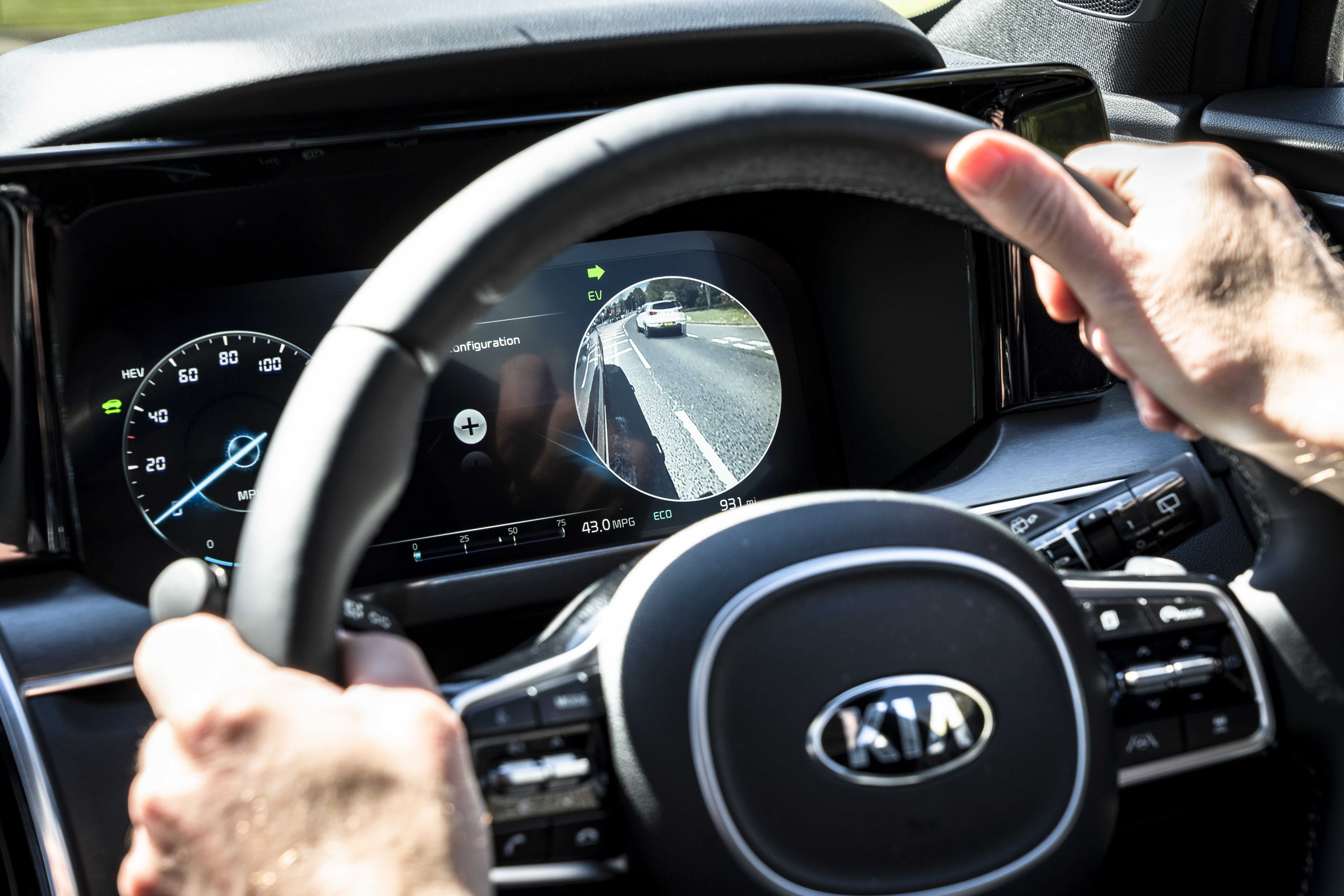 It sells well-engineered and well-specced cars at reasonable prices.

The Sorento mild hybrid starts at £39k. Diesel from £41k.

So, to go back to the start: Which would I choose? A or B?

And it’s a diesel, so it’s better for towing.

Sorento has all the kit, the EV drive mode and that seven-year warranty. 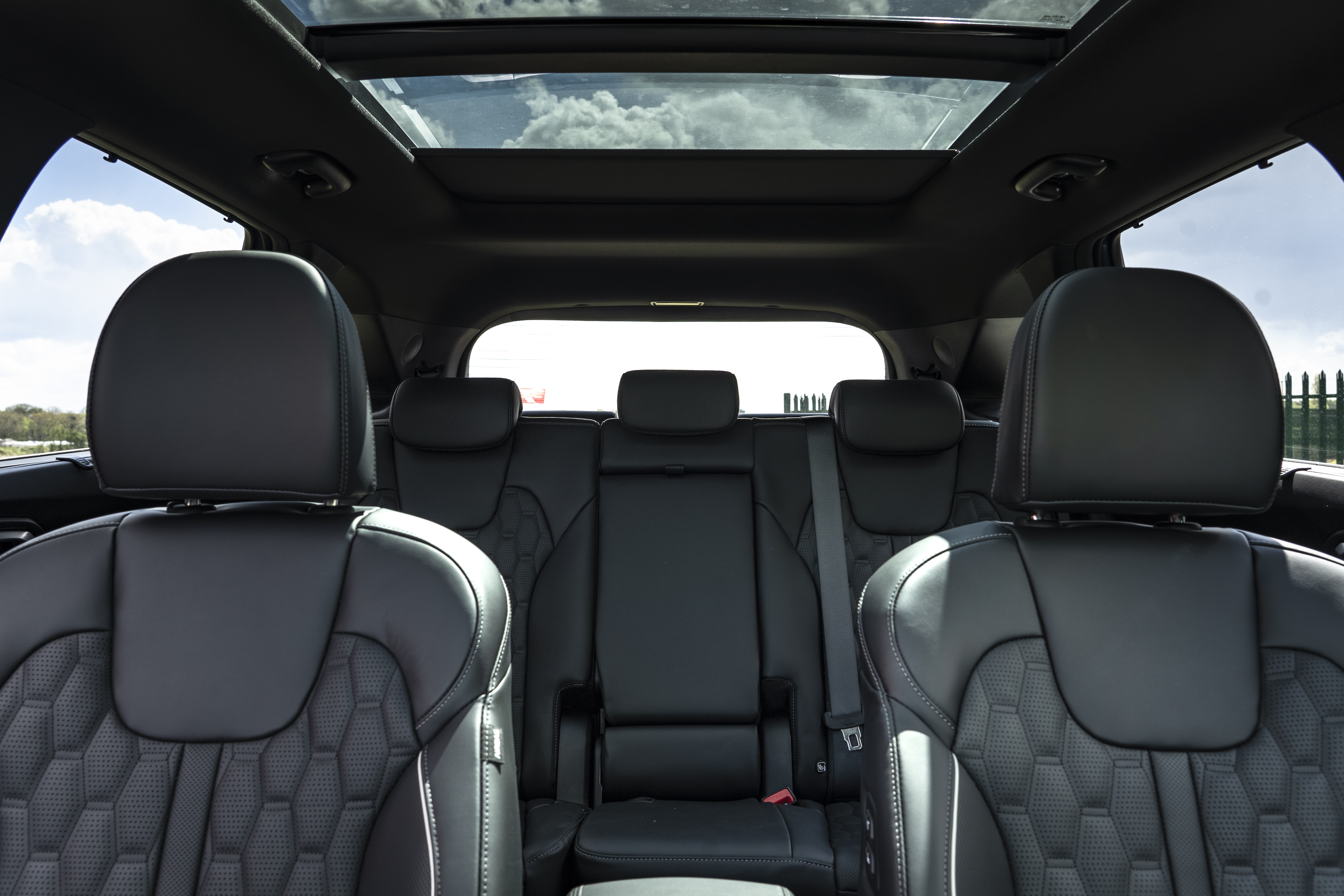 And I haven’t got a caravan.