THE redesigned PS5 is rolling out at retail, and despite initial reports, it could actually be better than the launch model. 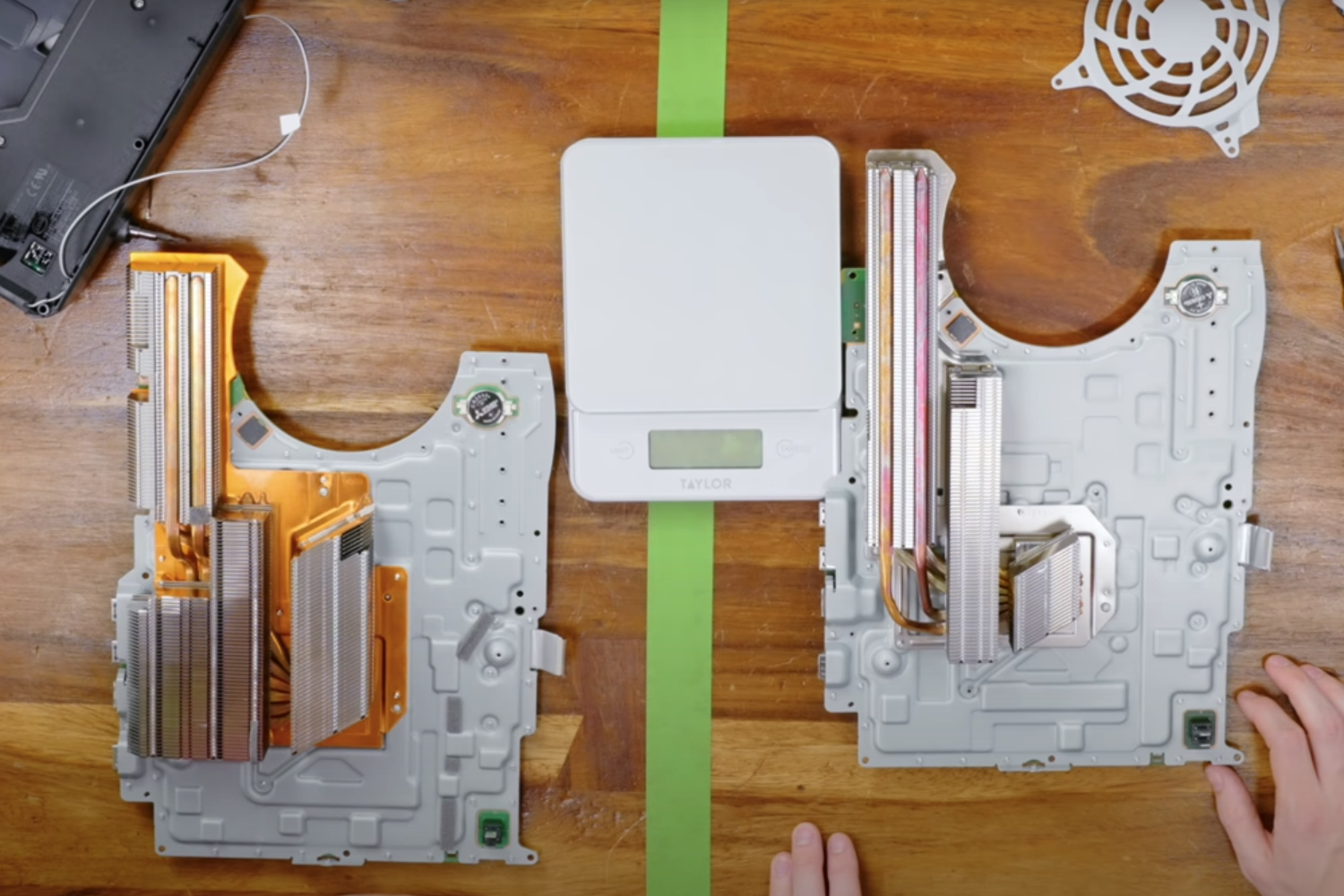 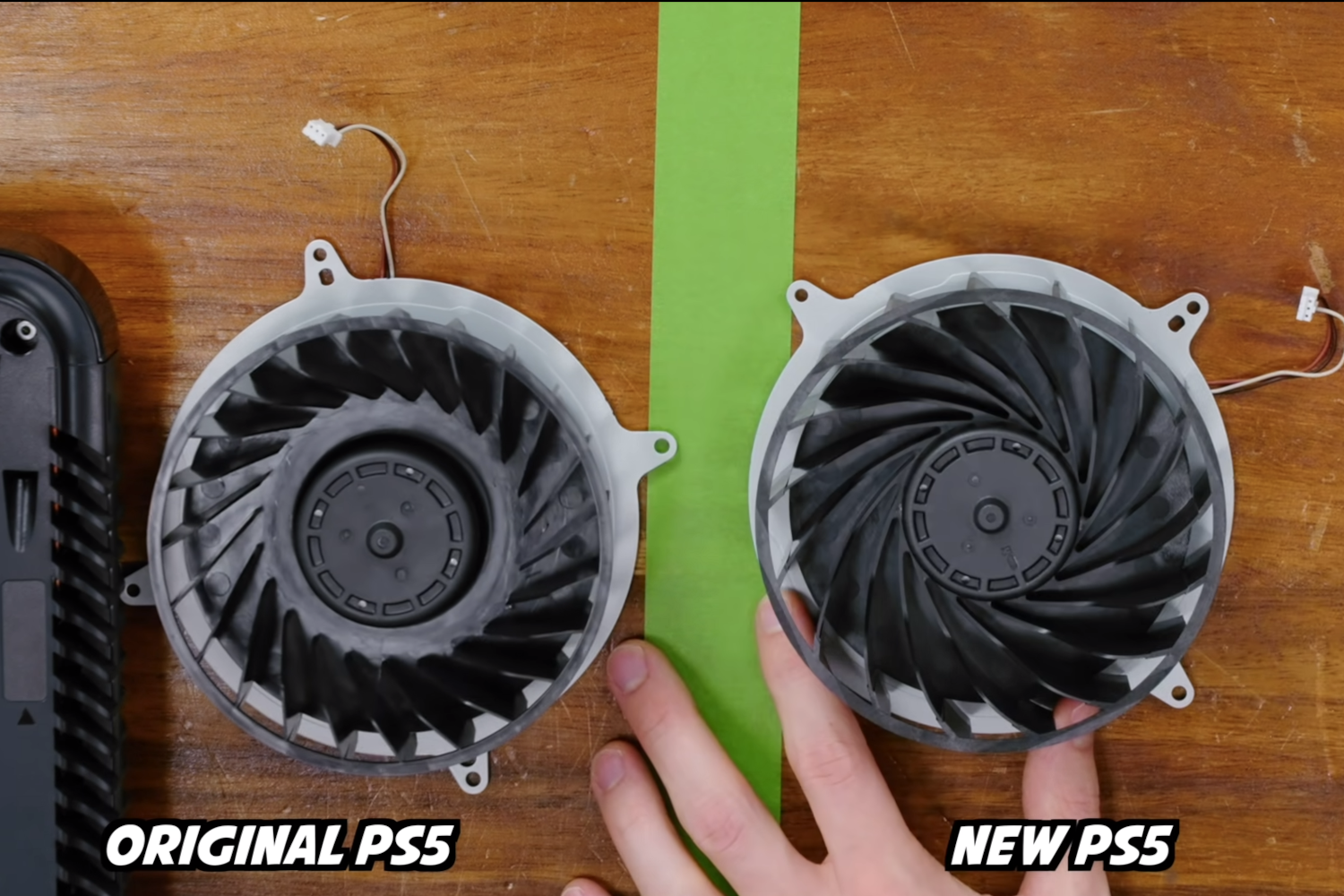 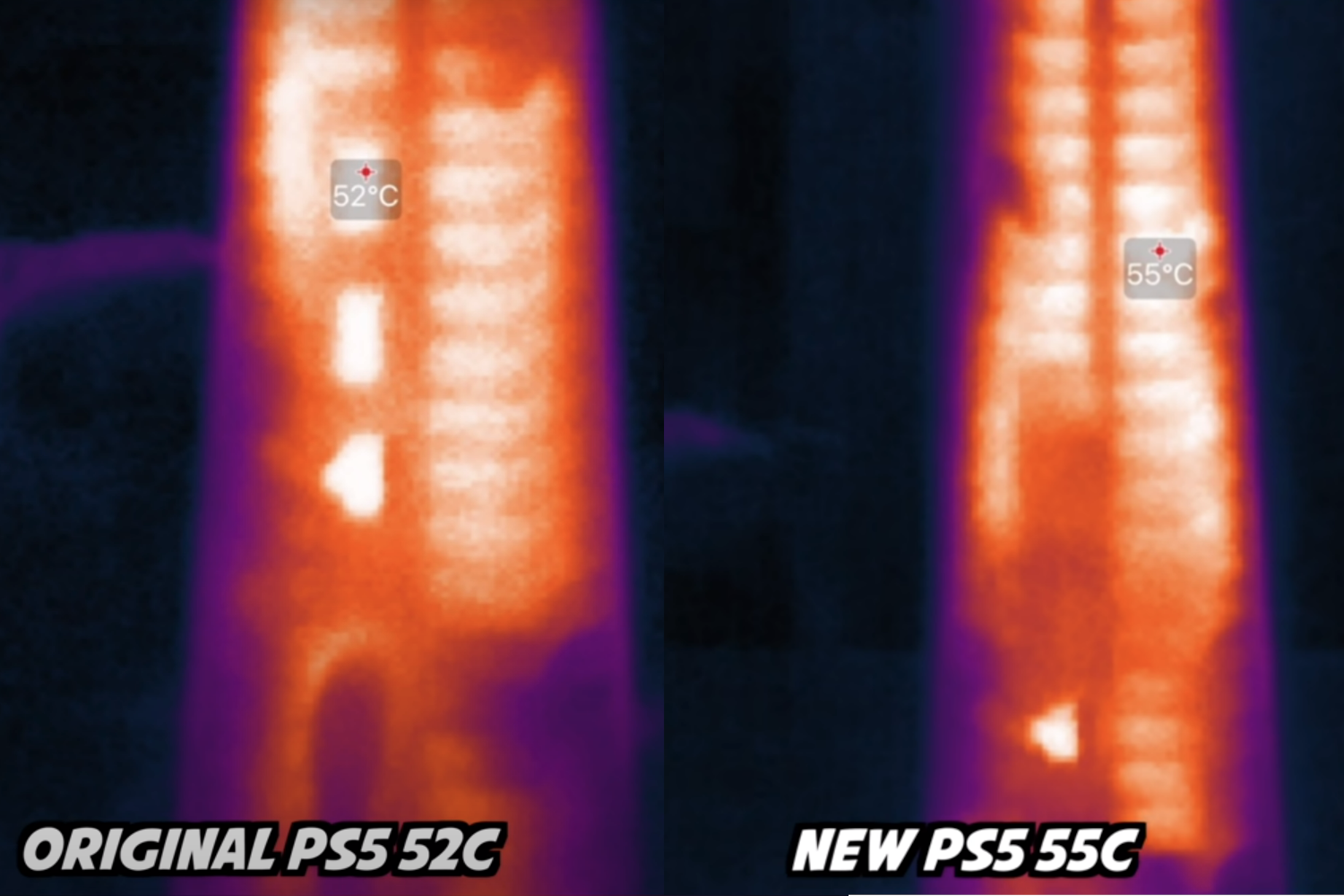 The first person to get a hands-on for a teardown was YouTuber Austin Evans.

Comparing the guts of the OG and refreshed model, he accounted for the rumoured 300g weight loss, but it wasn't what we expected.

Based on the details that slipped out prior to release, we knew that the screw for the stand was getting replaced. This is to make it easier to remove without the need for tools.

Meanwhile, the WiFi component appears to have been revamped too, although no one has shared the results of any testing between the two models to see what the difference is yet.

But the new PS5 has shed most of its weight thanks to a redesigned heatsink which Evans video called out for being worse than the launch model's.

The 1,639g cooler from the OG hardware has been replaced with a lighter 1,368g set up. A huge portion of the copper has been stripped away, while the number of heat pipes has been reduced from six to four.

In addition to the heatsink revamp, the fan has also been replaced with an alternative that sports longer, much more curved blades.

Evans reported that the new PS5 runs two to three degrees hotter than the OG model, but this was done measuring the heat output from the exhaust which isn't reliable enough on its own to start jumping to conclusions.

Evans also discovered that the new fan actually runs quieter than the old one. If any of you have had experience with the PS4, you'll know that they get noticeably louder when the console starts struggling.

Digital Foundry has since weighed in to point out that given the various factors at play, the cheaper-to-produce, revised PS5 design doesn't necessarily mean that it's worse.

Technology editor, Richard Leadbetter, points out that "if the new machine is running hotter, that is absolutely fine according to its firmware and nothing to be worried about. After all, if there was an overheating problem, you would assume that the fan would speed up to better expel the heat."

He adds that the new fan could also be contributing by "doing a better job of pushing out the hot air and may simply be quieter than the original in the first place."

The internal temperature has yet to be taken into account on the new PS5 model, but that should put some doubts to rest.

Leadbetter has conducted his own cursory tests and reports that his unit is running just fine with a processor heavy segment of Remedy's Control, with the fan quietly doing its job rather than gearing up for takeoff.

The PS5 consoles at retail right now will be a mixture of the original model (CFI-1000) and the redesigned model (CFI-1100).

As Leadbetter points out, the new model is almost identical in terms of usage so far, and while more thorough testing is needed, Sony is happy enough with the results to replace the OG hardware with millions of the revised units as head into the holiday season.

Given the historical issues the company has had with overheating consoles, and the attention lavished on the cooling system in the PS5, it would be a huge blow to fans if it transpires that we're getting a repeat PS4 situation.

But as it stands, it doesn't seem like you need to be too concerned about which model you're getting.